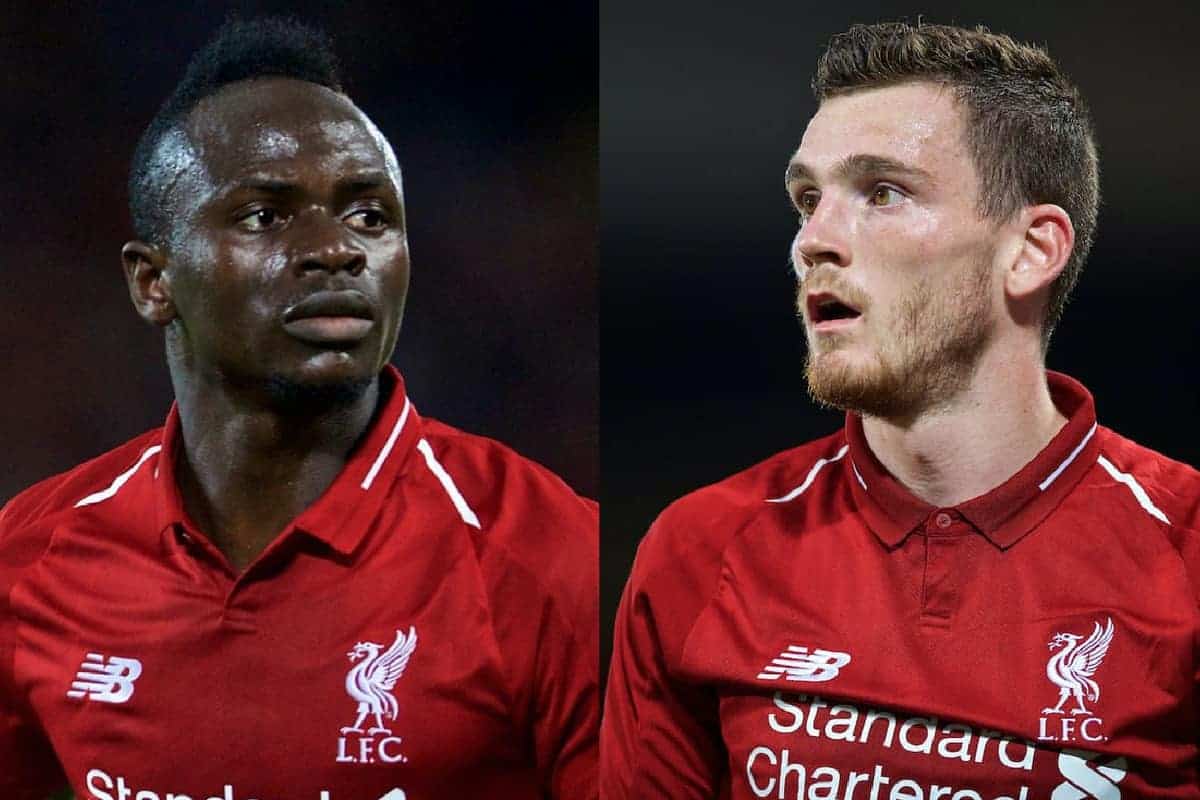 Jurgen Klopp says Liverpool will need to “have another look” at injuries to Sadio Mane and Andy Robertson ahead of Wednesday’s trip to Burnley.

The Reds’ busy December continues with a meeting with the Clarets, following Sunday’s joyous Merseyside derby victory over Everton.

It is a time of year where injuries are invariably more common, with Mane (foot) and Robertson (dead leg) two who are ongoing doubts for the Burnley game.

Speaking as part of his pre-match press conference at Melwood, Jurgen Klopp didn’t confirm their absence at Turf Moor, but admitted they will be assessed again ahead of training on Tuesday.

“Sadio and Robbo we need to have another look at today,” he told reporters.

“Sadio has a really awful cut on his foot, it needed to be stitched.

“It’s OK, but he’s walking in flip-flops and we don’t play in flip flops! Today he’s not ready, but we will see later.

“With Robbo it’s not that serious, but we need to have a look.”

Mane seems the more likely to miss out, but with other options available in the squad, it may be that Robertson is not risked either.

Alberto Moreno could come in at left-back, with James Milner and Nathaniel Clyne also potential options in that position.

Naby Keita could earn his first Premier League start since September if his good friend Mane is out, playing in a more attack-minded role.

Daniel Sturridge and Sunday’s hero Divock Origi will also be raring to go, on another important evening.

Liverpool will be looking to stay in touch with Premier League leaders Man City on Wednesday, with Pep Guardiola’s side taking on Watford at Vicarage Road 24 hours earlier.