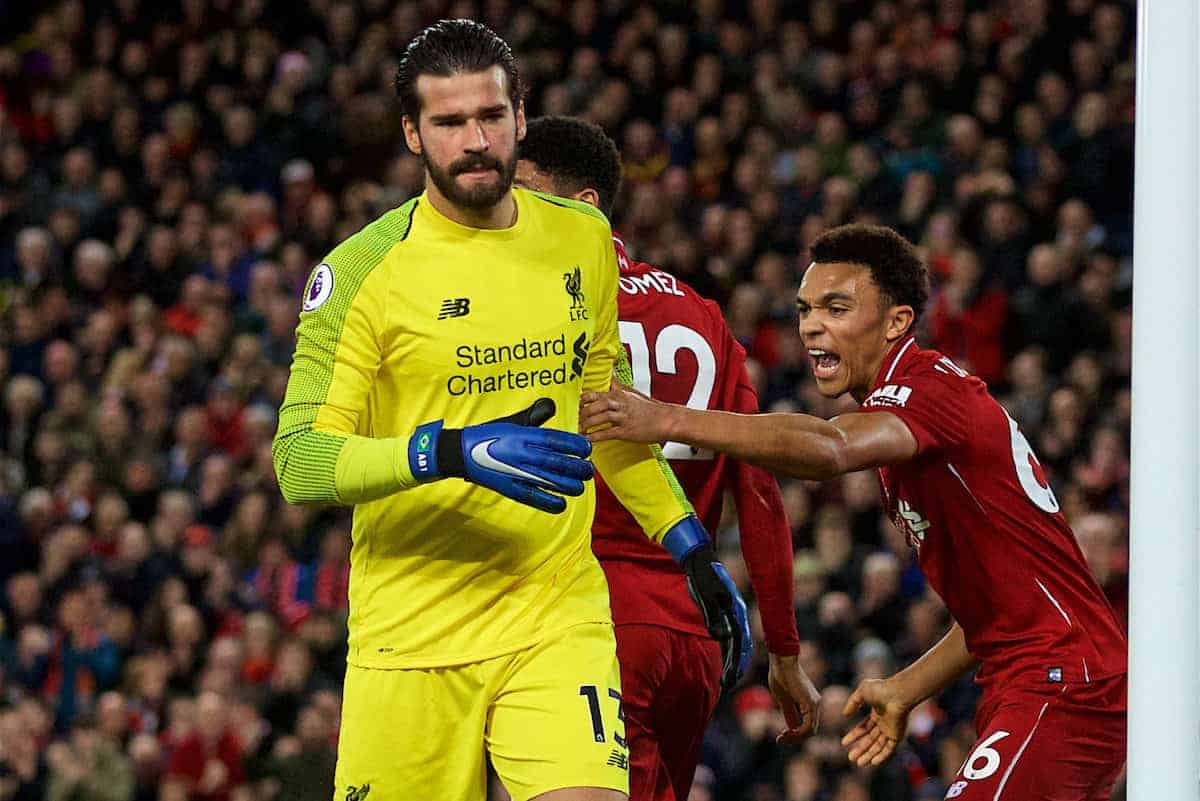 It was a game of mixed individual performances—but the team collective counted for more in the end as Liverpool beat Everton 1-0 at Anfield on Sunday.

The Reds got back to winning ways after their Champions League disappointment in midweek, though they left it extremely late.

Before that it had been an open game with chances missed at both ends—and as many stand-out performers as disappointing ones in red shirts.

But where did the best derby displays come from in the eyes of journalists and fans?

Below we compare our player ratings with those from the Echo, the Mirror, Sky Sports, ESPN, Anfield Index, FotMob and the TIA readers: 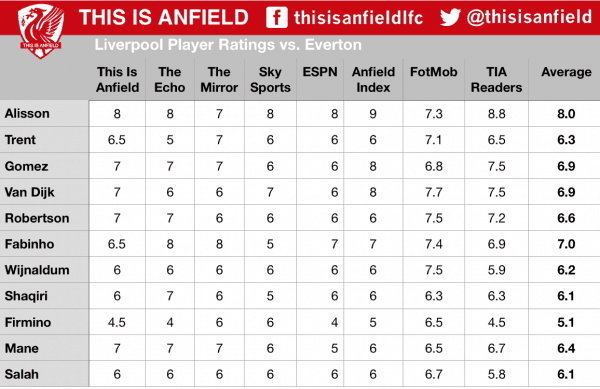 Once again, goalkeeper Alisson (8.0) was the big stand-out for the Reds, imperious at the back and making a string of vital interventions—not to mention his late involvement in the winning goal.

Indeed, he received the single biggest rating overall, with TIA readers awarding him an 8.8 on average.

Of the outfield players, Fabinho averaged highest (7.0) and was the only one to record at least a seven—though, strangely, Sky Sports decided he had been the joint-worst player on the team.

Ian Doyle of the Echo said Fabinho “put in some timely challenges” to ward off Everton‘s threat; indeed he did, racking up six tackles during the 90 minutes.

It was another poor day out for Roberto Firmino, with his rating (5.1) the lowest in the Liverpool team.

ESPN’s Glenn Price suggests the Brazilian “continues to look massively out of sorts,” while AI’s Oliver Emmerson suggests a spell on the sidelines might work in Firmino’s favour.

A few players seemed to divide opinion; Sadio Mane (6.4) received both seven and five ratings, while Xherdan Shaqiri (6.1) was bizarrely seen as the best (Echo) or worst performer (Sky Sports) in the Reds’ four-man attack.

Centre-back duo Joe Gomez (6.9) and Virgil van Dijk (6.9) received the same average rating across the board, while Andy Robertson (6.6) was the pick of the full-back duo.

There’s little time to bask in the glory of the derby day victory though, as Liverpool are straight back into action in midweek with a trip to Burnley.