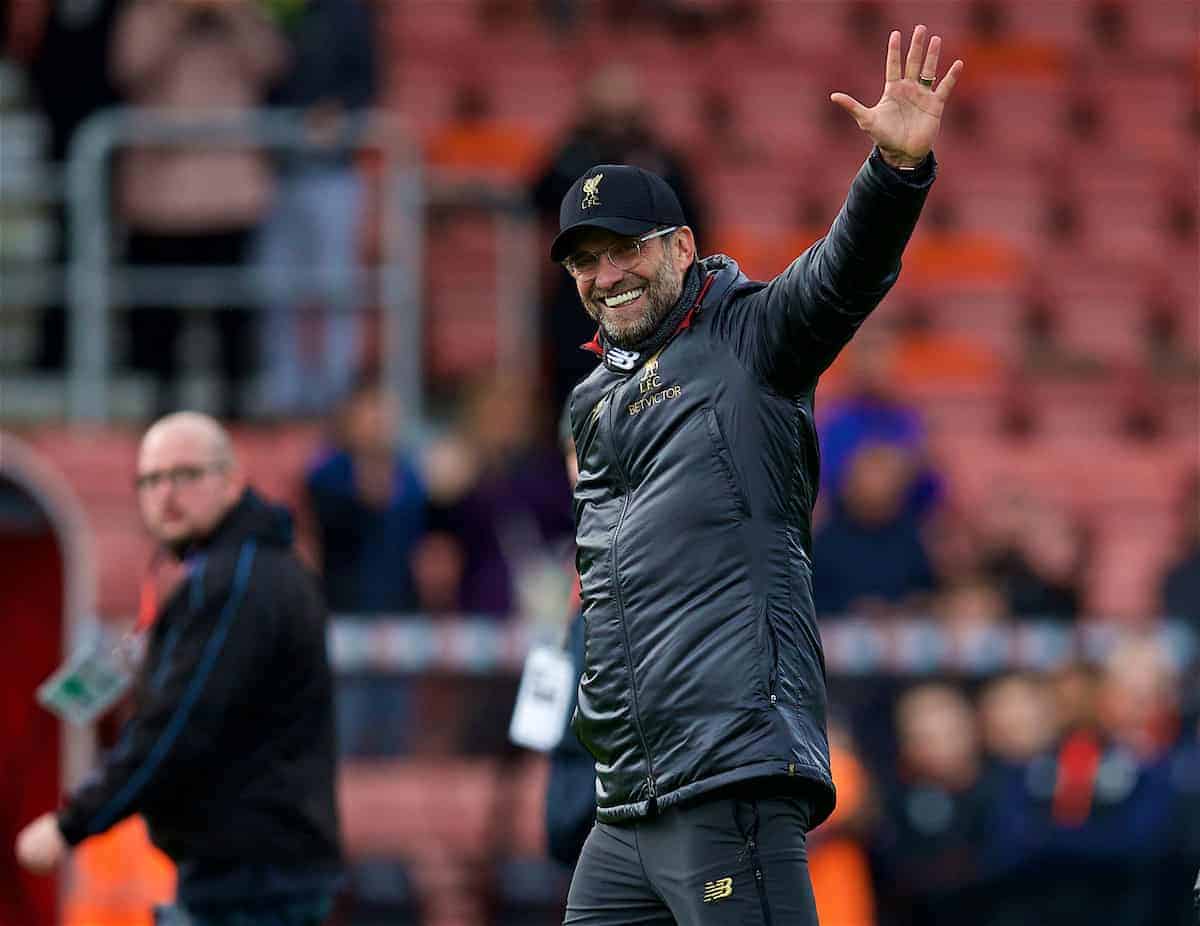 Liverpool will end the weekend top of the Premier League after Man City’s unbeaten run was broken with a 2-0 defeat at Chelsea on Saturday.

The Reds played their part with a 4-0 thrashing of Bournemouth earlier in the afternoon, with Mohamed Salah’s hat-trick and Steve Cook’s own goal earning three points at Dean Court.

This saw Jurgen Klopp’s side move a point above City, and put pressure on the champions to get a result against fellow ‘big six’ side Chelsea.

Pep Guardiola opted against fielding a striker at Stamford Bridge, as did Maurizio Sarri, but this did not see a decline in quality up front, and particularly for the visitors who had 14 shots on goal.

But the Blues made their home advantage count as they soaked up City’s attacks and eventually sprang to take the lead on the cusp of half-time through N’Golo Kante.

Chelsea began to take control after the break as City grew desperate to level the scores, and Guardiola sent on Gabriel Jesus in an effort to find an equaliser.

Fortunately, however, David Luiz was on hand to head home a second for the hosts on 78 minutes and they held on for a 2-0 victory.

This loss leaves City in second, and though they are just a point behind Liverpool this is certainly a significant moment.

Liverpool head into a crucial week for the club sitting on the Premier League‘s summit and now it is City who will need to keep up the pace.

Next up for the Reds is a decisive Champions League clash with Napoli at Anfield on Tuesday, before Man United head to Merseyside for a league tie on Sunday.