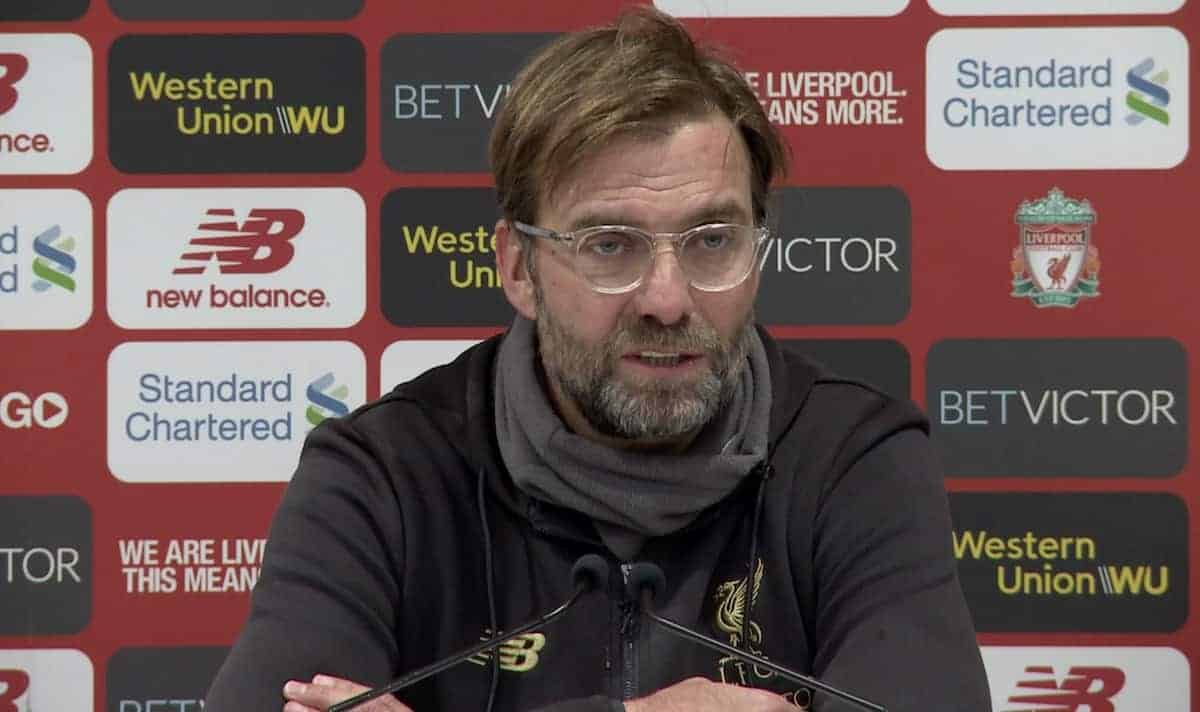 Jurgen Klopp was proud of his players’ efforts as Liverpool saw off Man United 3-1 at Anfield on Sunday to move back to the top of the Premier League.

The boss had rotated his side and found the formula to four important wins in succession recently, but the task to beat Man United was an altogether different one.

Here, the Reds clearly had a superior side—but recent history, the nature of the rivalry and the league title tilt context all made it a much more stressful affair.

But the Reds ran out 3-1 victors in the end, after Klopp sent on Xherdan Shaqiri to be the match-winner—with the Swiss international scoring twice in the last 20 minutes.

Earlier, Sadio Mane had put the Reds ahead, before Alisson spilled a cross which allowed Jesse Lingard an easy equaliser.

Klopp paid tribute to his substitute match-winner, but also the team as a whole in his post-game press conference.

“It was a brilliant start; this was the best performance since I was in Liverpool. First half an hour was outstanding. How we played, was just perfect.

The boss also paid tribute to Nathaniel Clyne, who came in for his first Premier League start of the season after injuries to Joe Gomez, Trent Alexander-Arnold and James Milner.

“Nathaniel Clyne, first [league] game of the season. Brilliant, [he] adapted to the style after being not involved.

“Outstanding. All the boys worked so hard after Tuesday’s game. Now we have to carry on.”

Fabinho also came in for praise, while the boss was clearly most happy of all with the fact his entire squad have contributed in recent weeks.

With five wins on the spin seeing Liverpool top of the Premier League and through to the last 16 in the Champions League, it’s looking very good for the Reds indeed as they approach the Christmas run of fixtures.