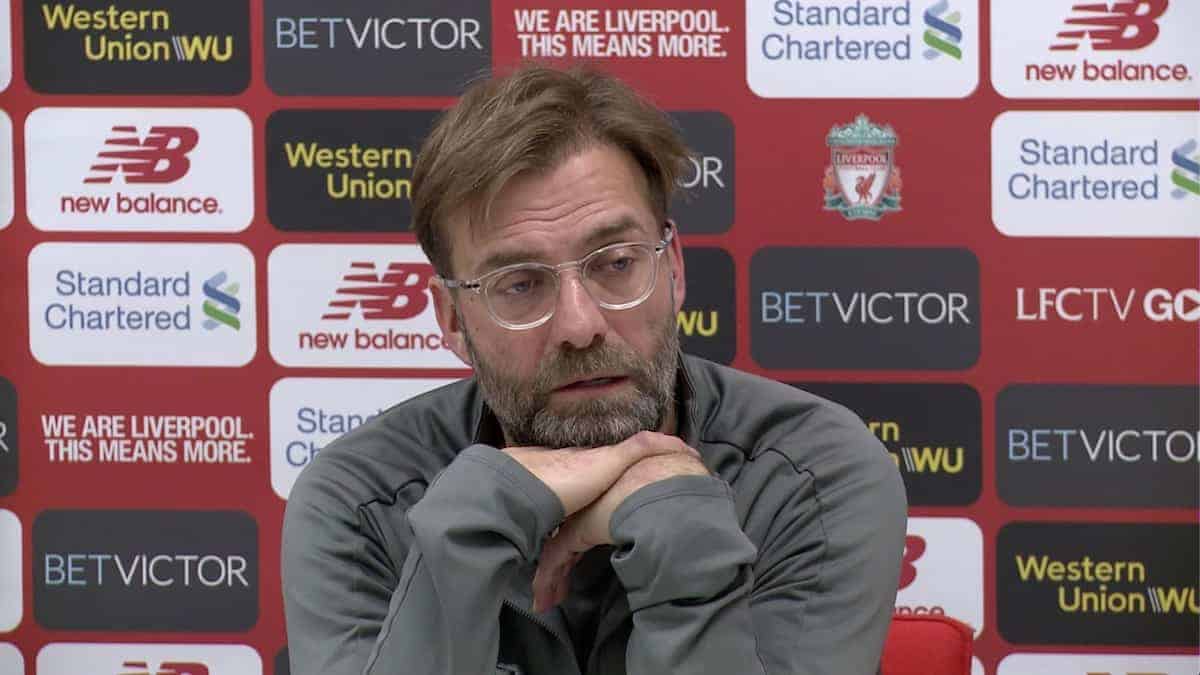 The Reds are top of the table for Christmas, with Man City‘s loss to Crystal Palace on Saturday ensuring they are four points clear of their closest title rivals.

There is no chance to rest, however, as Newcastle head to Merseyside on Boxing Day for another must-win game.

And speaking at Melwood on Monday morning, Klopp gave his thoughts on Liverpool’s next opponent.

“I don’t know too much about Newcastle, from time to time I read a little bit,” he explained.

“Nobody was really happy with the amount of money they had to sign players, but Rafa is too experienced to carry that for a full season.

“Meanwhile they are really settled, in a good moment result-wise. It was always difficult to play against them.

“It will be a tough job. The most important thing for us, especially when you win the last game, [is keeping focus].

“The Wolves game was a big challenge for us, [after] playing against United, before then Napoli.

“From the big stages then to Wolverhampton, your focus could drop, but I saw in the attitude: stay angry, stay greedy, stay in the job.

“And that’s what we have to do against Newcastle again.”

Klopp also provided an update on the fitness of Trent Alexander-Arnold, revealing he “is back in full training,” while he expected Naby Keita to also be available after rib and foot injuries.

He discussed the landscape of the title race, too, but dismissed suggestions the pressure was now on City and stressed that they are not the only two sides vying for pole position.

“We did really well so far, now we have to do even better. As you can see, other teams are doing well also,” he said.

“Only in this moment it looks quite positive but we have to make sure it stays this way.”

Virgil van Dijk, James Milner and the prospect of January signings were also on the agenda in Klopp’s last press conference before Christmas.

Liverpool will training at Melwood on both Christmas Eve and Christmas Day, before joining their families for the afternoon and then back to their usual routine of staying in a hotel in the city centre to prepare.