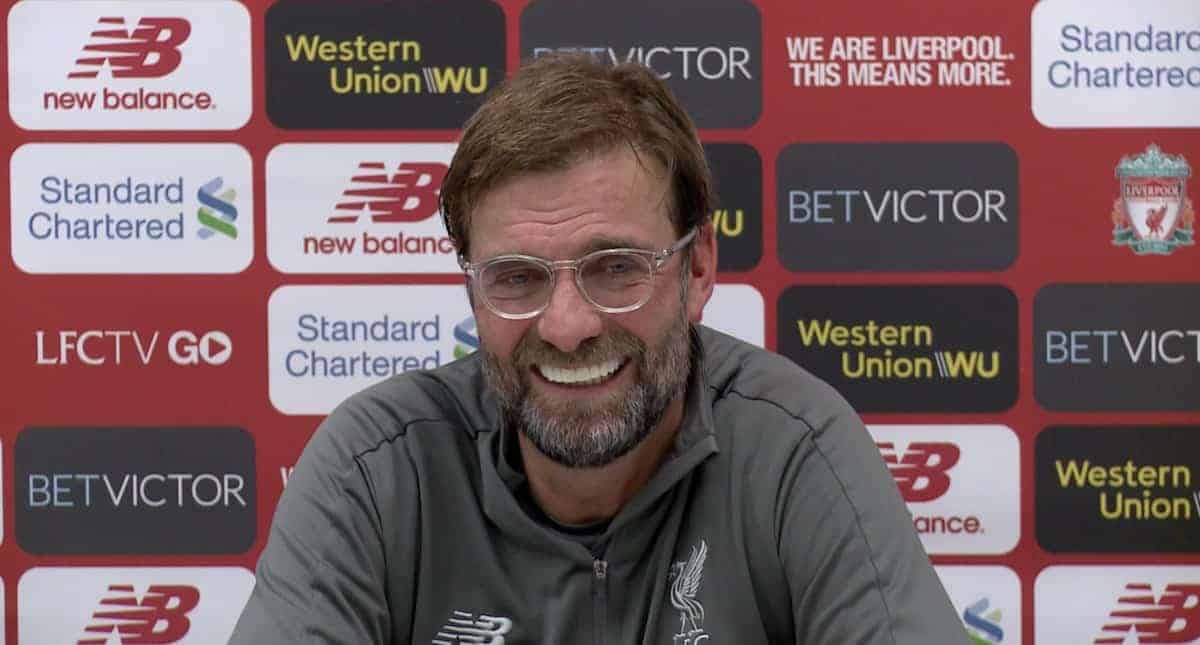 Jurgen Klopp discussed Trent Alexander-Arnold‘s fitness, Jose Mourinho and an “outstanding project” at Wolves ahead of Liverpool’s next clash on Friday.

The Reds make the trip to Molineux for Friday night football this week, five days after their emphatic 3-1 win over Man United at Anfield.

That afternoon proved to be Jose Mourinho’s last game as United manager, with the Portuguese sacked by the Premier League‘s sixth-placed side on Tuesday.

Newly promoted Wolves, the Reds’ opponents this week, are one place and just one point behind United after 17 games, and speaking at his pre-match press conference, Klopp praised Nuno Espirito Santo’s side for their ambition.

“It’s an outstanding project, what they did last year in the Championship,” he explained, referring to Wolves‘ 99-point campaign, which saw them finish as champions.

“I’m not sure it happened too often in the Championship, the way they played. Very often teams go up with this old-school, ‘British’ football.

“It’s a tough league and it makes sense to do it. The only two teams in the last few years that did it differently were Huddersfield and now Wolves.

“Then they brought in a lot of players again and needed a bit of time, now they’re really strong. We have to go there and really be at our best again.

“I saw especially the City game (when Wolves drew 1-1 at Molineux in August), City were better and unlucky with the goal Wolves scored, but the way [Wolves] defended as a team, coming from a football-playing side, was really impressive.

“That’s the job we have to do: first Wolves, then Newcastle, Arsenal is a challenge [after], then City, then Wolves again.

“Exciting times, it’s a good moment, but it only worked so far because the boys were only focused on a specific job.” 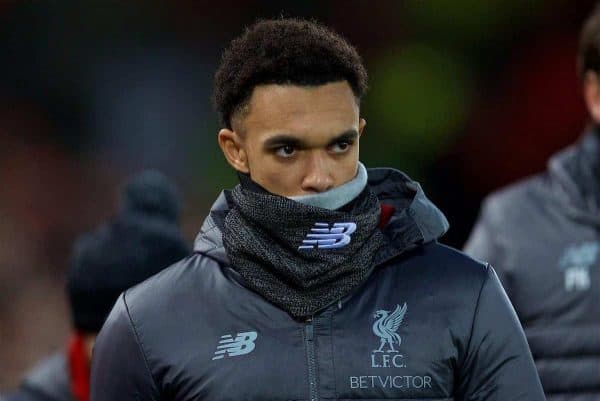 Klopp also responded to the sacking of Mourinho, describing Nuno’s compatriot as “an outstanding manager” who has “all his respect.”

And on Alexander-Arnold’s foot injury, while he ruled the 20-year-old out of Friday’s game, he described his progress as “surprisingly good,” adding that “the pain goes down, second by second.”

The manager fielded a series of strange, unimaginative questions on his plans to rest players against the clash with City in over two weeks’ time, and once again on how Fabinho‘s adaptation relates to that of Andy Robertson last year.

After Wolves, Liverpool take on Newcastle United on Boxing Day, before a high-profile clash with Arsenal on December 29 to round off the year.