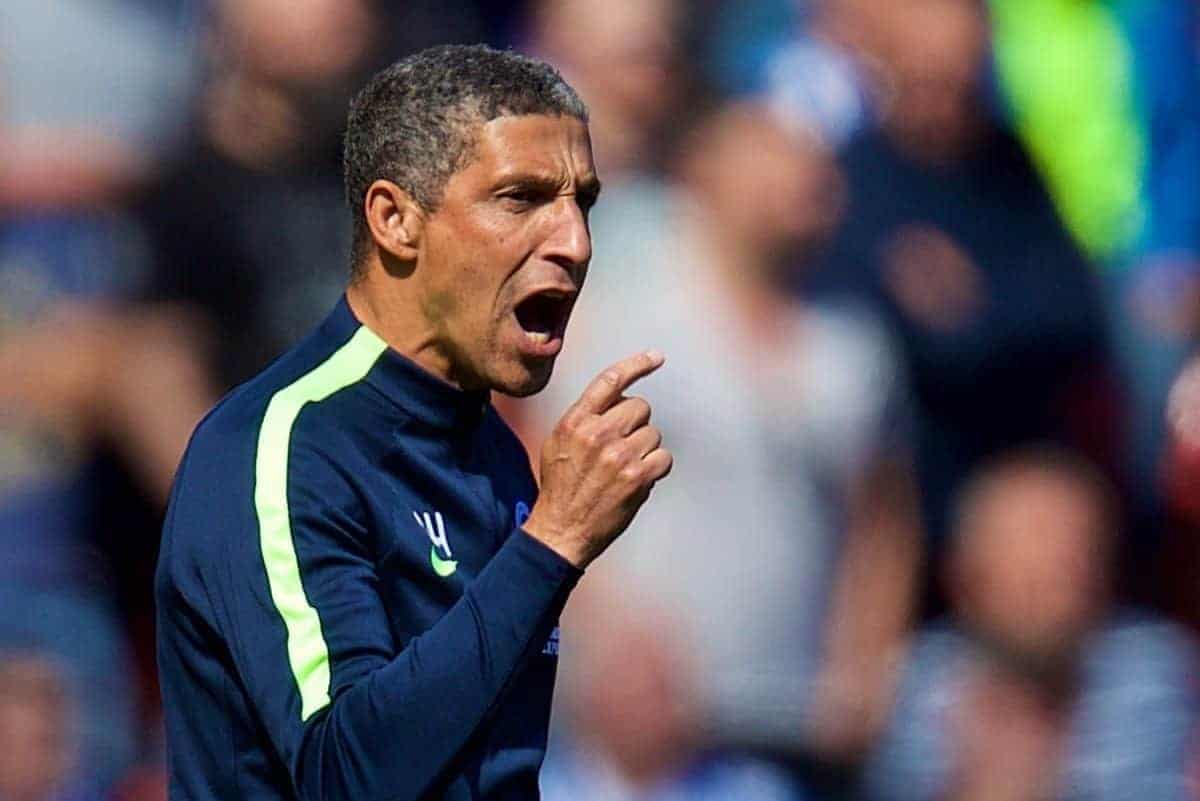 Brighton boss Chris Hughton says Liverpool are favourites to lift the Premier League title but “wouldn’t put money on it”.

Jurgen Klopp’s table-topping side travel to the Amex Stadium on Saturday with a four-point cushion on champions Manchester City.

However, the Reds were beaten 2-1 by second-placed City in their previous league fixture, before crashing out of the FA Cup at Wolves on Monday.

Asked if the Merseyside club can end their 19-year wait for a top-flight title, Hughton replied: “I don’t know.

“At this moment, I think they are favourites simply because of the points difference, and I think they’ve been outstanding.

“But you certainly can’t write off a Manchester City team that have been the best team over the last few seasons and arguably played the best football.

“I think Liverpool are favourites but I couldn’t tell you who will win it.

“And certainly, I wouldn’t put money on it.” 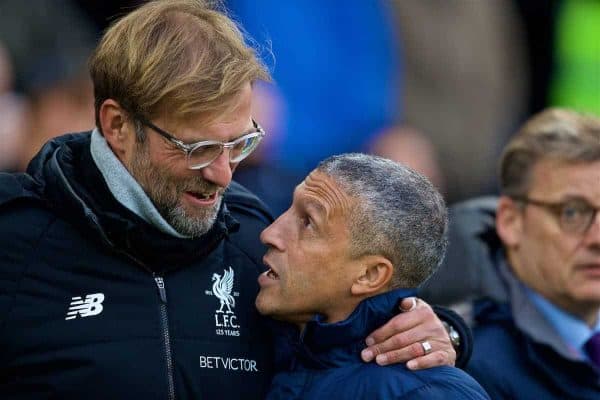 Mid-table Albion were thrashed 4-0 and 5-1 by free-scoring Liverpool last season but were unfortunate in a 1-0 defeat at Anfield back in August.

Hughton, who has seen his team go four games unbeaten in all competitions, has urged his players to replicate that display as they attempt to secure a shock result.

“It was a performance that didn’t get us a result but we were very close to it,” Hughton said of the narrow loss.

“We will definitely have to be somewhere close to that to even think about getting something on Saturday.

“You have to have a defensive strategy, I don’t think there’s any team that plays against them that can afford to go into a game without that, even Manchester City, which was a great game.

“Certainly a defensive strategy is needed but we have to make sure we give them a game.”