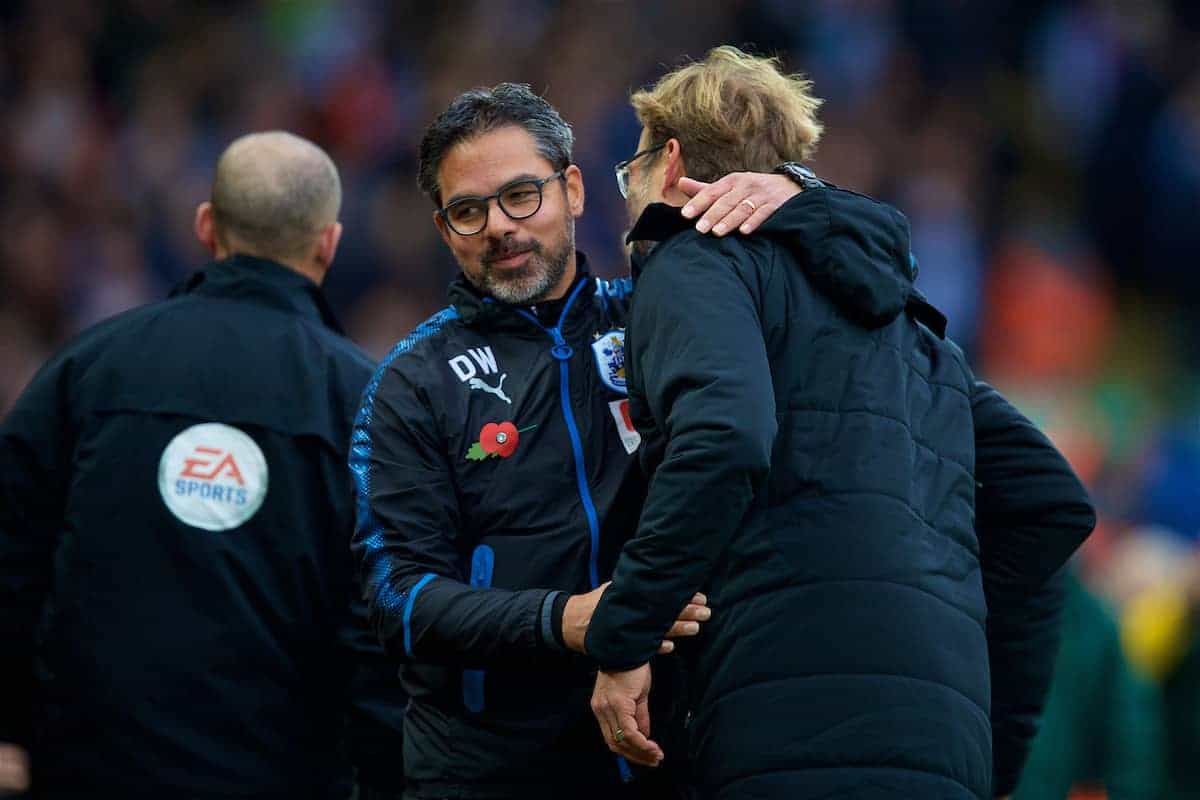 Liverpool manager Jurgen Klopp has praised best friend and former Huddersfield boss David Wagner for the work he did with the club.

Wagner left the Terriers this week with the club bottom of the Premier League, eight points from safety.

But Klopp, for whom Wagner was a youth team coach at Borussia Dortmund, said it should not be forgotten what his fellow German had achieved.

“What I told him, I can tell you: he should be really proud of what he achieved there. [Huddersfield’s success is] one of the most special stories in football in the last three-and-a-half years.

“For me, it probably won’t be considered a big success but as a manager you know that it is unbelievable to do what he did this season to keep his squad so confident in a run with bad results, unlucky moments.

“They were always close to drawing and they lost, or close to winning and they drew. That’s the story of the season.

“I remember our game when we played there and I felt really bad afterwards, we won without really performing.

“It’s part of life and I’m pretty sure in a few years, everyone will think about Huddersfield in that period and be really positive about his name.

“I think Huddersfield thought there is a chance with a change to make something happen.

“Hopefully it will work out, that’s what he wants as well of course.”