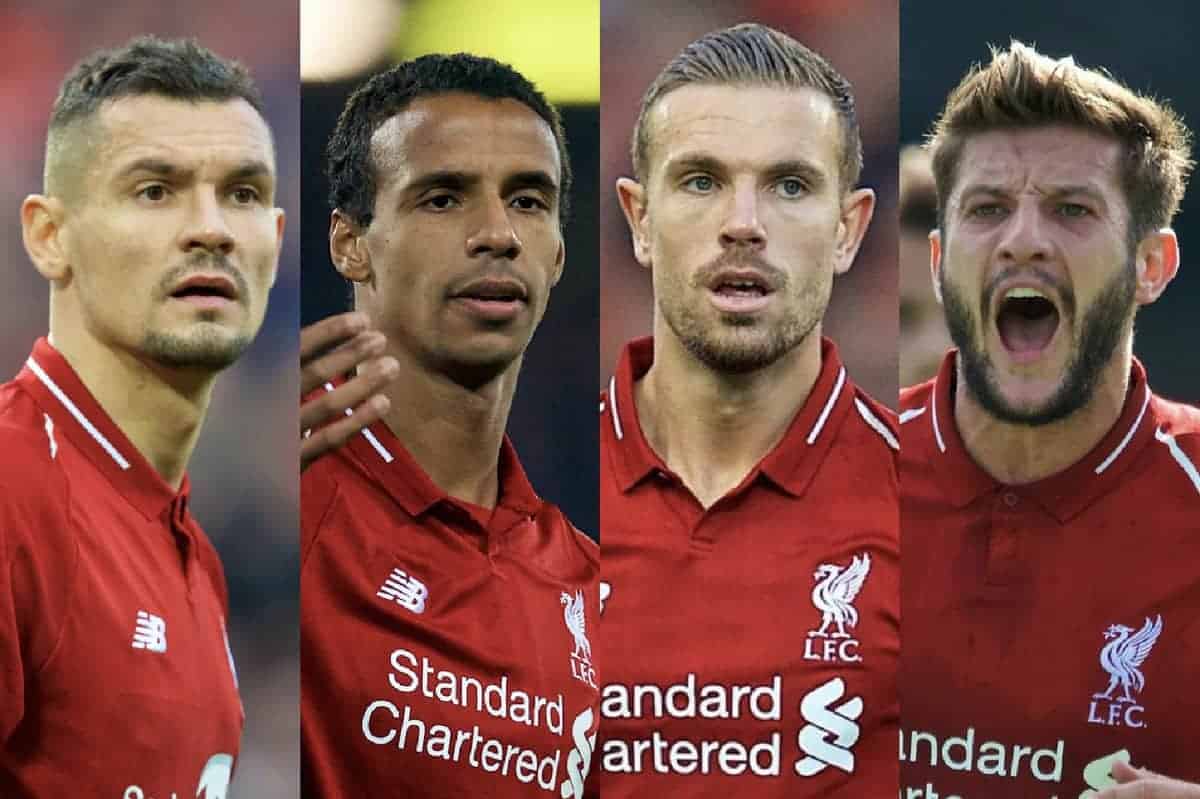 Jurgen Klopp has provided a mixed injury update on the likes of Dejan Lovren, Joel Matip and Jordan Henderson ahead of Liverpool’s trip to Brighton.

The Reds travel to East Sussex on Friday night ahead of their 3pm kickoff at the Amex on Saturday, looking to put back-to-back defeats behind them.

One of those was the withdrawal of Dejan Lovren with a hamstring injury after just six minutes, joining Jordan Henderson and Adam Lallana as the latest on an increasingly busy treatment table.

Joe Gomez (leg) and Joel Matip (collarbone) have also been sidelined, but speaking at Melwood, Klopp confirmed both Henderson and Matip are back in full training—though Lovren, Gomez and Lallana would all miss out this weekend.

“Joel trained yesterday for the first time with the team, which is already really good,” he said.

“Hendo will train today first time, we will see then what that means exactly.

“Adam out, Dejan out, Joe of course out. All are improving obviously, that’s clear, but we know they’re not available.”

Providing a further update on Lovren, Klopp said: “It’s not that serious. It’s a muscle thing obviously, and I would expect him back after Crystal Palace. I’m not sure, but we have to see.”

Lovren’s injury at Molineux came at a frustrating time for the manager as he had not planned to field the Croatian for the third-round tie.

Instead, Henderson was pencilled into partner Fabinho at centre-back, but the captain’s calf problem forced Klopp into a “proper risk” which clearly didn’t pay off.

“The players that didn’t line up for that game were injured, a little bit injured or players all eight games in December and the City game,” he explained.

“Bringing them in again in that moment, as you saw with Dejan, is a risk. A proper risk.

“We judged that. It’s difficult, we had to try different [things].

“That’s now the situation. Now we don’t have a massive squad in the moment in training, they’re not out for long.

“[The situation with] centre-halves is not cool in this moment but probably in two weeks it looks different.

“That’s it, we are fine, the season is always like this. Who deals with these problems the best has success.

“We had problems in the past, dealt very well with it, now we have different problem—can we deal with that as well?

“Then let’s play football, using the quality, potential of the boys, in the best way we can.

“Using them in the right moments, train on all the important things like different systems. It’s possible, if you have a normal week you can train.

“Hopefully we don’t have a lot of normal weeks because we want to stay in the Champions League as long as possible. Let’s use what we have and make the best of it.”