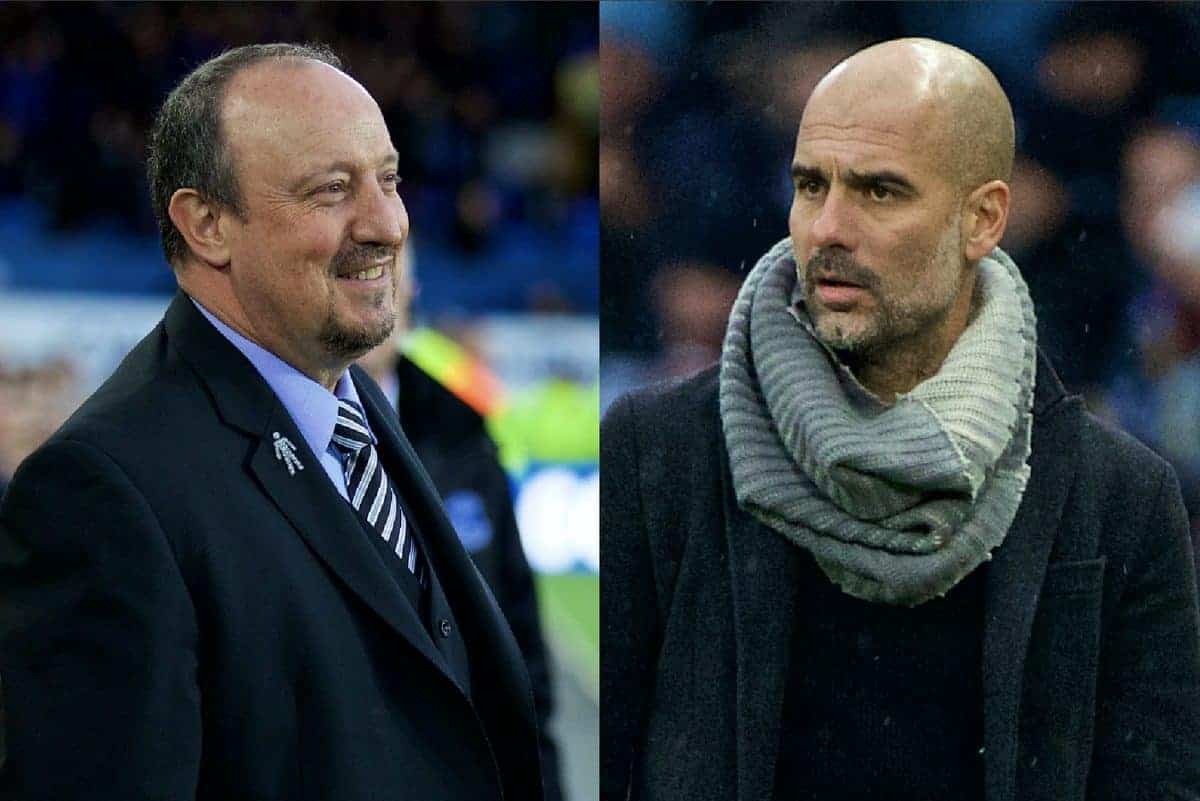 Manchester City boss Pep Guardiola warned Premier League leaders Liverpool the title race has a long way to run despite seeing his side slip up at Newcastle.

The Reds will establish a seven-point lead at the top of the table if they beat Leicester at Anfield on Wednesday evening, 24 hours after City went down 2-1 at St James’ Park.

That would represent a significant advantage with just 14 games left to play, but Guardiola has told Jurgen Klopp’s men not to take anything for granted.

“Well, it’s a lot of points if they go on to win, but we are in January, it’s not April or May. There are still many games and anything can happen,” he said.

“A lot of teams are playing many reasons, teams to stay in the Premier League, others to go to the Europa League, for the Champions League.

“In our case, every game, we have to do our best to be there, try to not give up, move forward and try another time and another time.”

City’s night started in promising fashion when Sergio Aguero fired them into the lead with just 25 seconds on the clock, but although they dominated much of what followed, they were unable to increase their lead.

They were made to pay in the 66th minute when Salomon Rondon fired the Magpies level from close range, and things got worse for the visitors 10 minutes from time when Fernandinho felled Sean Longstaff inside the penalty area and Matt Ritchie won it from the spot.

Guardiola was left to bemoan a missed opportunity, but backed his players to bounce back from a disappointing evening.

He added: “I love these players. All the prestige I have here in England, they gave it to me, so all I want to do is be here to try to help them.

“I know how they feel right now and I am beside them, close to them. It’s an incredible group of players, group of guys. It sometimes happens.”

Opposite number Rafael Benitez was sporting a broad smile as he surveyed one of the biggest wins of his reign on a night when he was boosted before kick-off by the news that Paraguay international Miguel Almiron was on his way to Tyneside for a medical with a view to breaking the club’s long-standing transfer record.

That was the £17million price tag the Magpies paid for Michael Owen, the last man to score a winning goal in a league game against City back in 2005 – a run of 22 games.

“We were good enough in the end to score two goals, lucky enough because they didn’t take one or two chances when we gave the ball away in the first half,” Benitez said.

“But overall, we needed to win one of these games that were so close, and that was the one.”

Asked how morale-boosting the victory, which lifted the club five points clear of the relegation zone, and a successful completion of the Almiron deal would supply, he added: “The main thing is if we have good news tomorrow, it will be positive.

“It’s not a question of just the record, it’s to do the right things you need to be stronger and to have more chances to stay up.”