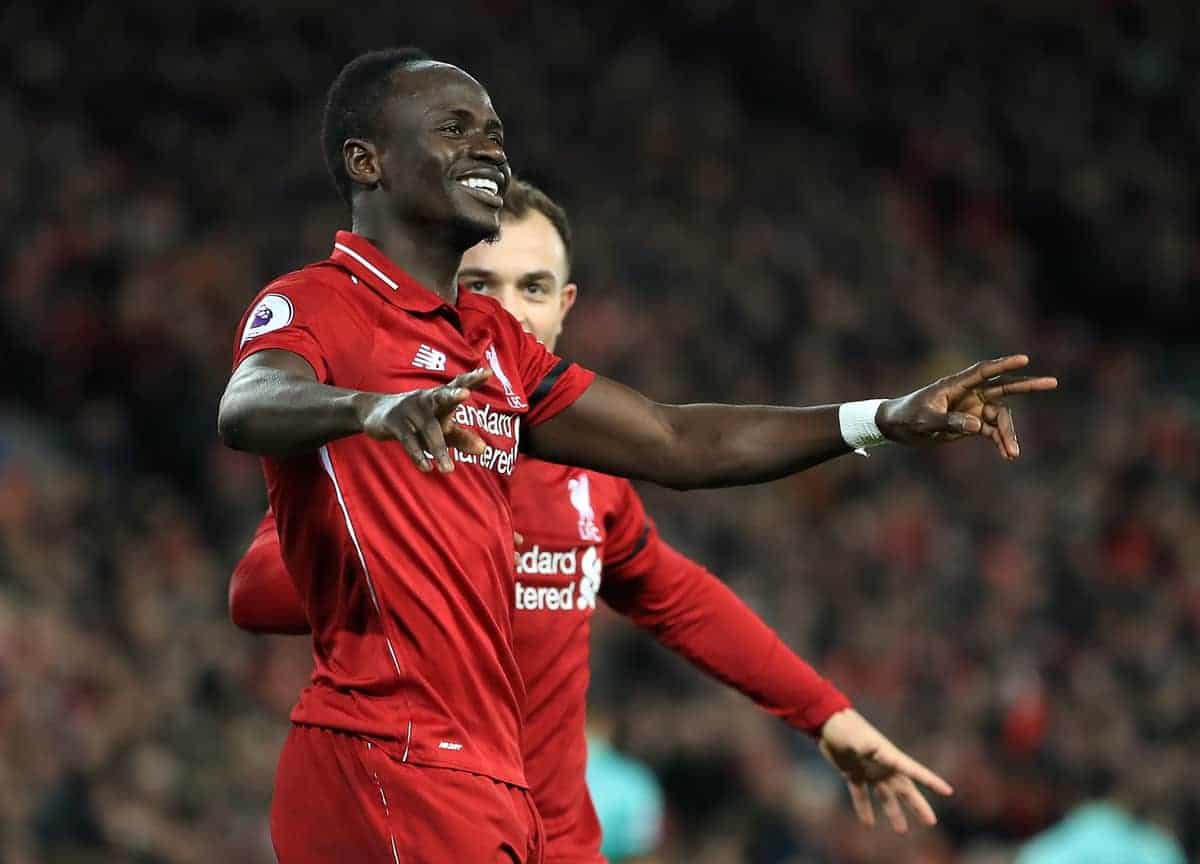 Sadio Mane admits the thought of winning silverware with Liverpool fills him with excitement, especially if it is the Premier League title that comes the Reds’ way.

Mane, like the vast majority of Liverpool’s squad, is still waiting to win his first trophy as a Reds player.

In fact, Jordan Henderson is the only current squad member to have tasted success during his time at Anfield, having won the 2012 League Cup under Kenny Dalglish.

Mane has been one of the poster boys of the Jurgen Klopp era, excelling since trading Southampton for Liverpool in the summer of 2016.

He has scored 43 goals in 101 appearances for the club, forging a world-class attacking unit with Mohamed Salah and Roberto Firmino.

The 26-year-old has spoken about lifting trophies and the dreams of achieving that at Liverpool, most notably the Premier League, even though he is fully aware of how difficult it will be.

“I can’t wait to lift a trophy with Liverpool. I know the fans are desperate for us to win the Premier League,” Mane told World Soccer magazine.

“It would be an amazing moment for the club. It has been far too long for a team the size of Liverpool.

“We believe we are heading in the right direction, but there are some very tough rivals – City were unbelievable last season and very strong again – but why not?”

It would be heartbreaking for Liverpool to win nothing this season, considering how superb they have been.

Their quality of football, defensive discipline and consistency all merit glory – their four-point cushion over Man City stands them in good stead.

“I’m very happy here and I think people are happy with me too,” says Mane, referring to speculation over his future.

“We want to write our names alongside the many great ones in the story of this club. Hopefully it’s the beginning of something special.”

Mane, like many of the squad, also feels there is another gear for the Reds to hit this season, saying: “The results have been there but we know we could have done more with some of our performances.

“We are very competitive but know there is even more to come, for sure. In many ways, the team is stronger and we have produced some very mature performances.

“Hopefully we will hit our top form when it matters most.”

Mane is going to be a huge player between now and May, as the Reds look for a first piece of silverware since 2012, and a maiden league title since 1990.