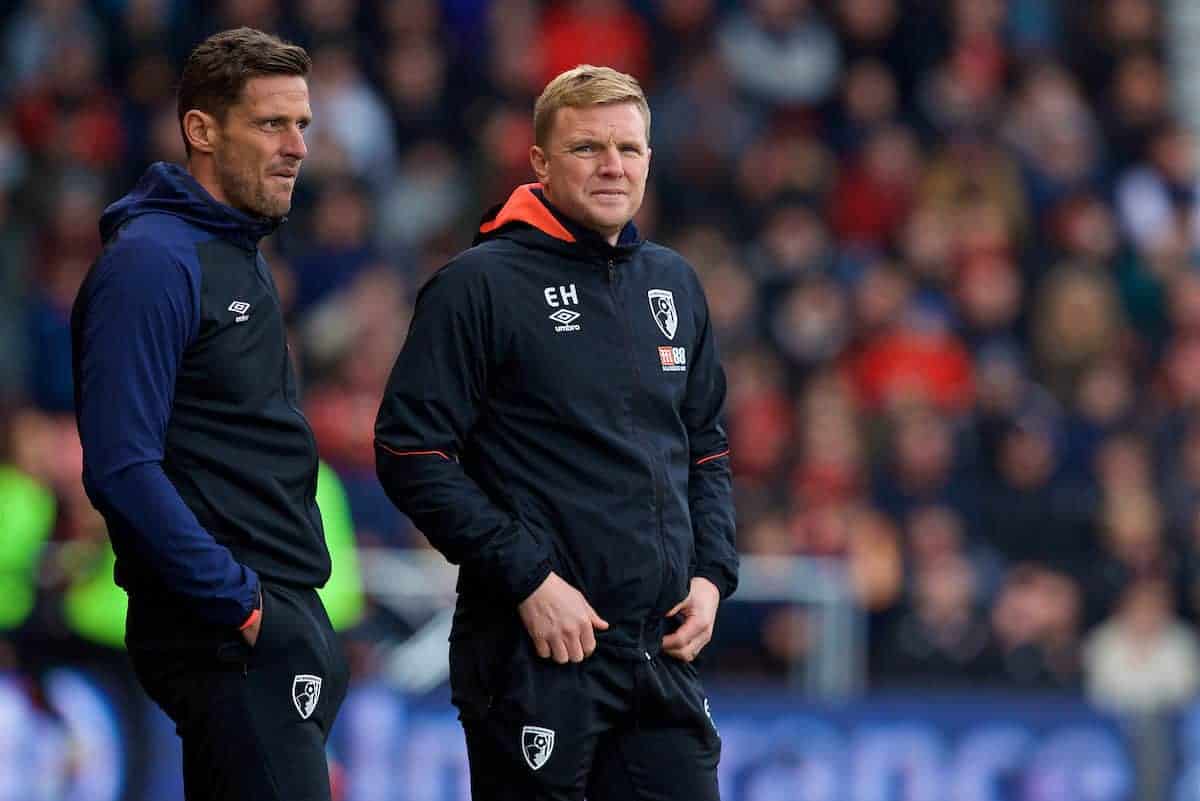 Bournemouth manager Eddie Howe has vowed to rewrite the history books by winning at Liverpool for the first time.

The odds are stacked against the Cherries, with Liverpool on a 33-match unbeaten run at home, while the south coast club have lost their last seven matches on the road in the Premier League.

Jurgen Klopp’s side did draw their last game at Anfield, but they have also failed to win successive matches in more than a year.

Bournemouth, however, will be buoyed by their recent 4-0 demolition of Chelsea at the Vitality Stadium, and Howe insists his side can spring a major surprise at the home of the title contenders.

“These challenges have always faced us before and we tend to look at it as writing new history for the club,” said Howe.

“Winning at Anfield is something we would love to do. No team has done it for a long period of time in the Premier League which goes to show how consistent Liverpool have been.

“The Chelsea result was where everything came together, and there have been other games where we have performed really well and just missed out.

“We want to put our last defeat at Cardiff to bed and really perform for our away fans.”

Bournemouth have steadily impressed this season, and the 33 points they have registered so far is their best return from 25 matches in the Premier League.

Their total could have been better but for an underwhelming away record, which has seen them win only three times, shipping 13 more goals and scoring 10 fewer times than they have at home.

With Howe confirming on Friday that striker Callum Wilson, who has scored 11 times this term, is facing four weeks on the sidelines with a knee problem, Bournemouth will hope that Josh King can continue his rich vein of form.

The striker, who is set to lead the line at Anfield, heads into Saturday’s fixture with three goals in his last three appearances.

Midfielder David Brooks is also out for one month with an ankle injury.

“David has been to see a specialist and had scans, so he will be out for around the four-week mark,” said Howe.

“For Callum, it’s just a clean-out of his knee, so he will probably be unavailable for the same time. We’re not going to be able to get them back earlier than that.

“They are big misses for the team, for the group, and they are big personalities to have around so we are keen to get them back fit.

“But in the meantime, I believe we have the squad strength to cover those players.”