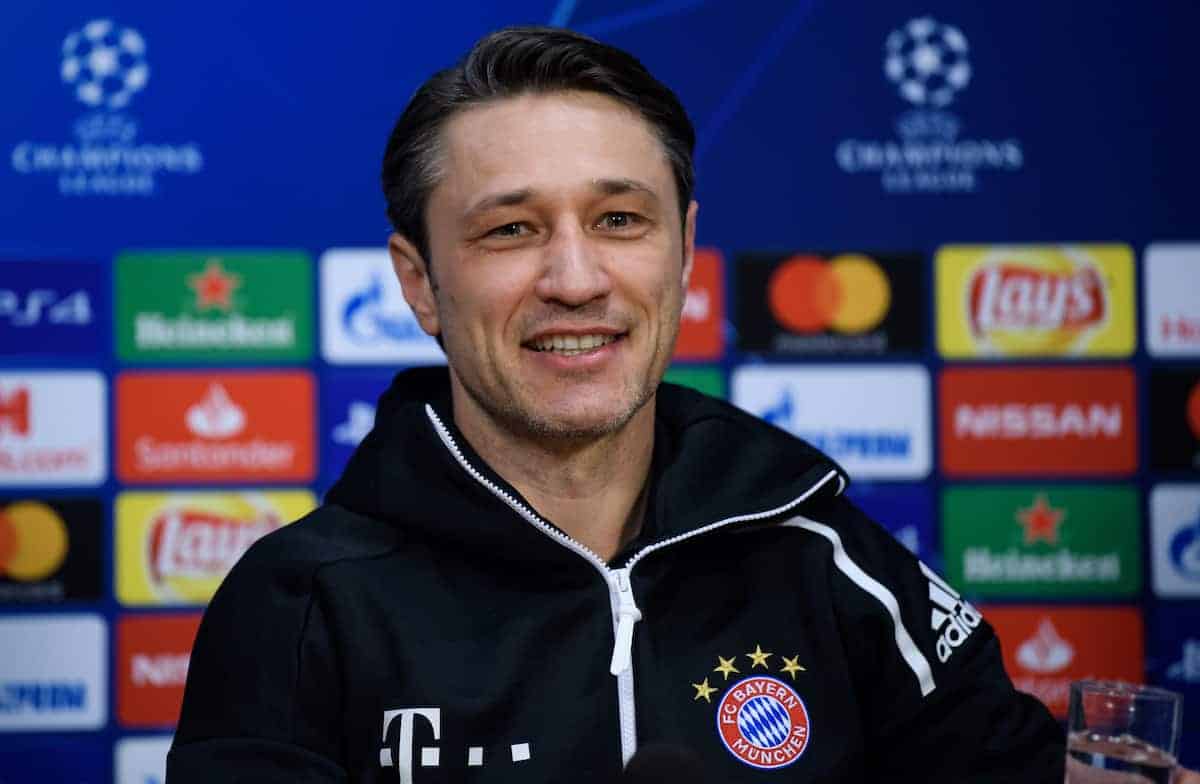 Liverpool host Bayern Munich on Tuesday night at Anfield and the visiting manager holds fears over his side’s defensive mistakes ahead of the tie.

Bayern faced Augsburg on Friday night in a Bundesliga game and, despite running out 3-2 winners, gave another uncertain performance amid a host of errors.

Many of those came in defence, both with attempted clearances and with positional work, and Niko Kovac has said the Germans cannot afford to play the same way against Liverpool.

With the Reds’ attack feared throughout Europe after their exploits last season, and having continued in a similar vein this term, any lapses at the back could be punished more readily than Augsburg managed, Kovac told reporters in his press conference.

“This [defensive mistakes] cannot happen to us at Liverpool

“When my players at Liverpool start letting people go, especially with the front three there [Mohamed Salah, Sadio Mane and Roberto Firmino], then we will find ourselves in a very dangerous situation every minute.

“That’s why it’s important to have the ball to take responsibility and act in a disciplined way.

“I think it felt like three shots from Augsburg and two of them scored. That’s what basically haunts us throughout the season – every shot is a goal.

“And if we don’t have the ball, we don’t act as I imagine. We know that our individual mistakes mostly result in goals.”

Kovac also admitted “maybe some of us had Liverpool on their minds – it’s not good but it’s human.”

The manager wasn’t alone in lambasting the poor performances of those at the back, with goalkeeper Manuel Neuer, fit again after a finger injury, similarly critical.

After the game, Neuer highlighted the area of the pitch where both Augsburg goals came from and said Liverpool would similarly trouble Bayern.

“The game was all great, but conceding the goals was, of course, madness. You cannot do that [concede inside one minute].

“Liverpool will have more chances to score. We were caught cold twice on the wings, we need to stand better, occupy the box better and organise ourselves very well, especially with passes over the side so we can prevent that.”

However, there was better news for Bayern on the fitness front after Kingsley Coman took a late knock to the ankle.

He has had trouble with the same area over the past year and there were fears he’d miss out, but he has been passed fit to play the first leg at Anfield.

Coman was comfortably Bayern’s best player and biggest outlet on Friday night, scoring two goals and being involved in the winner.