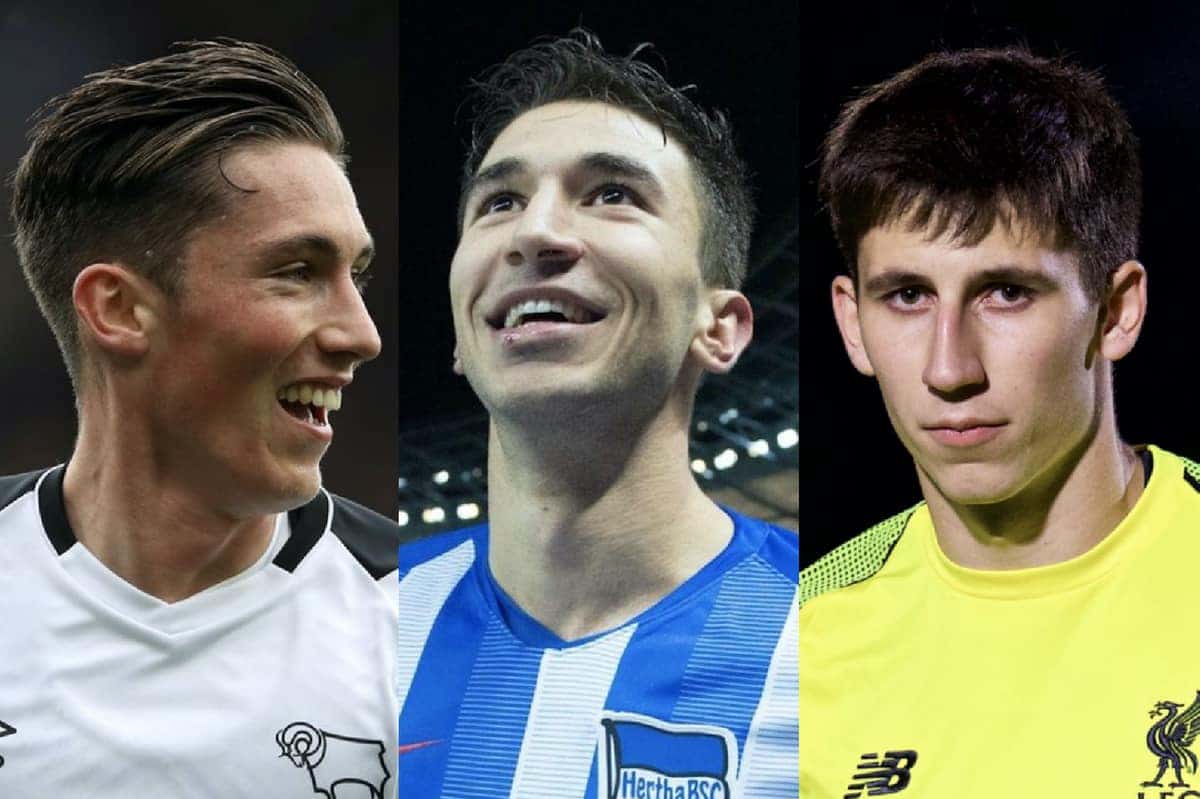 Fourteen of Liverpool’s 16 loanees could be in action for their temporary clubs this weekend, with Harry Wilson under scrutiny during his Derby goal drought.

The Reds take on Man United on Sunday at Old Trafford, with a point seeing them return to the top of the Premier League—and three putting the pressure on League Cup finalists Man City.

It promises to be a tough clash for Jurgen Klopp‘s side, and elsewhere three of Liverpool’s young loan talents face challenges of their own.

For Wilson, this comes in the form of a difficult period both individually and for his side, with Derby teetering on the edge of the Championship’s play-off places after three wins in their last 10 league games.

The Welshman, who has boosted his reputation significantly with 12 goals and four assists since joining Frank Lampard’s side last summer, has neither scored or assisted in six games in all competitions.

This is the longest run of first-team games without directly contributing to a goal since his frustrating half-season with Crewe Alexandra as an 18-year-old in 2015.

Monday night brings a big play-off clash with eighth-placed Nottingham Forest, and Derby, who sit four points ahead in seventh, could require a return to form from their No. 7.

In Denmark, Kamil Grabara is set for a big stage of his own, as AGF Aarhus take on FC Midtjylland on Sunday at Ceres Park, in their third game back from the winter break.

Grabara has started in both of their previous clashes since returning, and the Pole has kept clean sheets in both, ensuring he has a 100 percent record at this early stage in his senior career.

At just 20, Aarhus are making a big show of faith in Grabara, and if he starts again this weekend as expected, he can vindicated this with a potentially defining display.

Midtjylland, whose alumni include Rafael van der Vaart, Winston Reid and ex-Aarhus youth Viktor Fischer, sit second in the Danish Superliga, and are the second-highest scorers, with their 53 just short of league leaders FC Copenhagen (57).

The next-highest scorers are Brondby (36), while Aarhus have netted just 26 times, which puts Midtjylland’s 2.4 goals per game into context and outlines the task in hand for Grabara.

Keep the likes of Jakob Poulsen, Gustav Wikheim and 15-goal striker Paul Onuachu at bay, and the Liverpool youngster’s confidence can only grow.

Bayern Munich summoned a strong, if limited, display in Tuesday night’s 0-0 draw at Anfield, with the respect shown to Liverpool not typical of their powerhouse approach in the Bundesliga.

Though Niko Kovac’s side are enduring a tough campaign, they still sit second in the league and just three points behind Borussia Dortmund, and will be looking to keep up the pace on Saturday.

Unfortunately, they come up against a battling Hertha Berlin, who include a Reds loanee in their number, with Marko Grujic a key player under Pal Dardai.

Hertha have already played Bayern twice this season, winning 2-0 in the Bundesliga in September and then losing a narrow 3-2 in the DFB-Pokal earlier this month, though Grujic missed the victory due to injury.

The Serbian can look to deliver a blow to his parent club’s European adversaries this weekend, and with a goal and an assist in his last four games he is in strong form.

Elsewhere, Adam Bogdan will look to wrestle back the gloves as Hibernian visit Dundee, Sheyi Ojo could work his way back from injury in Stade de Reims’ away clash with Montpellier and Allan Rodrigues may make his Fluminense debut against Bangu in the Campeonato Carioca.