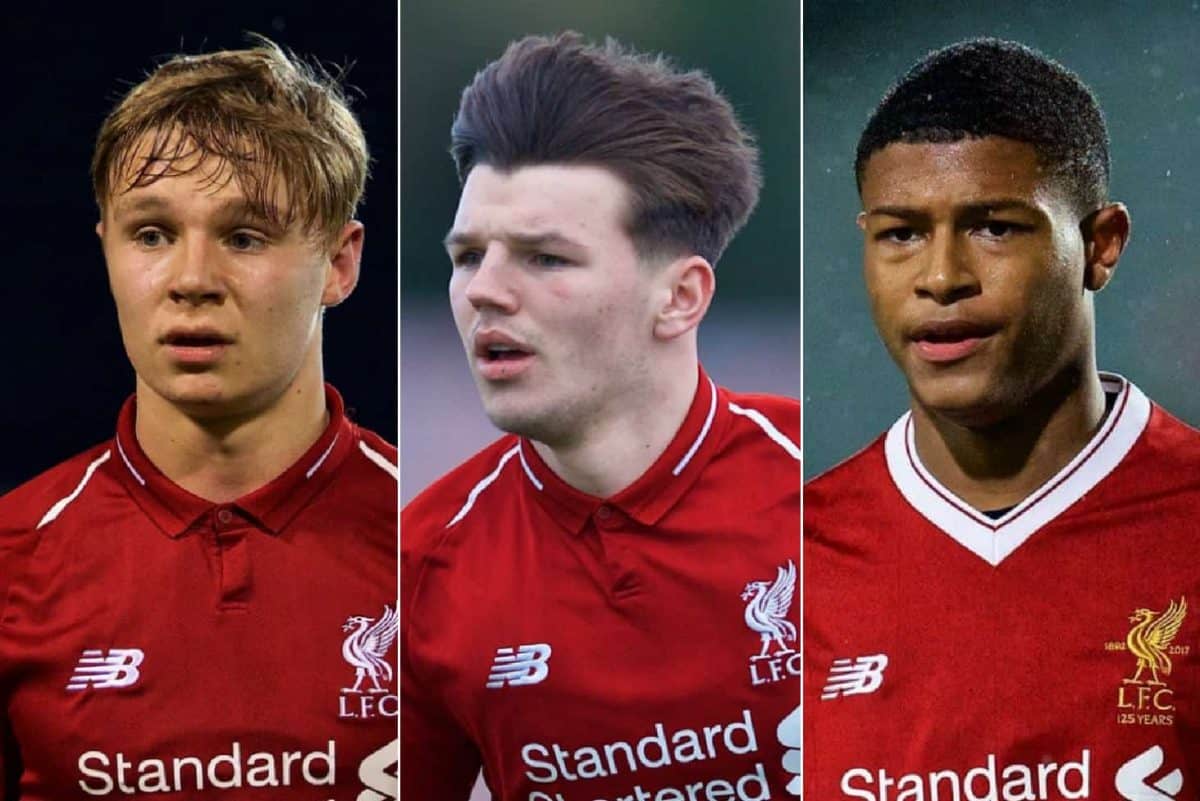 Liverpool’s attack is feared throughout Europe, but the next wave of young forwards hoping to make the grade are also impressing, on and off the pitch.

Any given weekend, Reds fans have high hopes of seeing goals scored and points earned, thanks in no small part to the likes of Mohamed Salah, Roberto Firmino and Sadio Mane.

The quality and consistency of those players means it’s extremely difficult for any other attackers to get regular game time—but it also gives the club’s young attackers the best possible platform to aspire to, and to learn from.

Three in particular have caused excitement among the fanbase this season, even though their combined contribution at first-team level is precisely zero minutes.

At under-18 level, Bobby Duncan and Paul Glatzel have been hugely prolific, while Rhian Brewster‘s return to fitness has seen his involvement with the senior squad in training for the first time—a moment many months in the making.

Brewster has featured in training during the Reds’ trip to Marbella this week, after a nearly 14-month lay-off through injury which required two operations, to ankle and knee.

The 18-year-old is naturally delighted to have made this significant step forward and told LiverpoolFC.com of his emotions after finally joining in first-team training and his hopes for the remainder of the campaign.

“It’s a big step for me, having obviously being injured for a long time, to do my first one. I’ve been around the first team for a while now, so for this to be my first one I am grateful and happy – happy to be here.

“I’ve been doing a lot of one-to-one training with the sports science team, so to be back with the boys just feels amazing. I can’t wait to properly be back involved with them.

“It’s been a bumpy ride, but for me to come out of the other end, I think has helped me a lot. There were so many points during the rehab where I thought I wanted to scrap football or I was feeling annoyed at the situation I was in, but to get through it and reach the other end, it’s shown me I am a strong person and that I know what I want to do.

“[The next targets are] to get back playing, a few U23s games and stuff, get my fitness back and hopefully, maybe, make my debut this year, if not next.

Brewster signed a new contract in the summer, despite interest from overseas, and it’s clear he sees a future for himself in Jurgen Klopp‘s plans—and even alludes to his burgeoning relationship with the manager as another positive.

Whether or not he makes his senior debut this term remains to be seen, given the context of the Reds’ own situation and the Premier League title charge.

Divock Origi and Daniel Sturridge also remain ahead of him in the order of fitness and seniority, though both could well depart in the summer.

That means the future of Liverpool’s attack is uncertain beyond the first-choice trio, and as well as Brewster, there are other youngsters hoping to impress enough to be given a chance.

Glatzel and Duncan have scored 43 between them across all competitions and are a fearsome pair to watch. 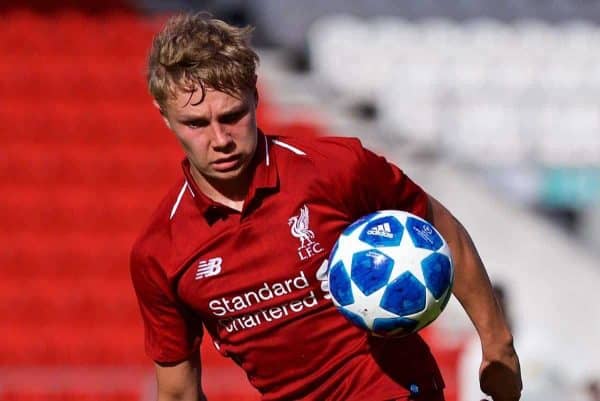 “I think we’ve got a good partnership,” the former told the club website.

“Bobby’s come in and hit the ground running, which has helped me because we both play together and we can set each other up and score goals. We’ve done well and we just need to keep going.”

The partnership is exactly that: a two-way process in which both have benefitted.

Duncan acknowledges the same, while also being clearly aware there’s a greater point to their efforts: success of the team and progression through the club’s ranks.

“We keep setting each other up: I set him up and he sets me up and we’re winning games as well, so it’s not bad.

“Obviously it’s great to score the goals but it’s not just me, it’s for the team as well so it’s just important that we keep getting the results and keep progressing in this tournament and in the league. We’re doing well so far.”

The recent progression of youngsters toward first-team involvement must give huge encouragement to those still at the academy.

The fact Klopp will willingly use those younger talents is also vital.

But it’s their own abilities, mixed with the elite coaching they receive and the top mentality they must each have, which will define who makes the grade.

All three young forwards are certainly going the right way so far, and in time their chances will come to shine at the next level.