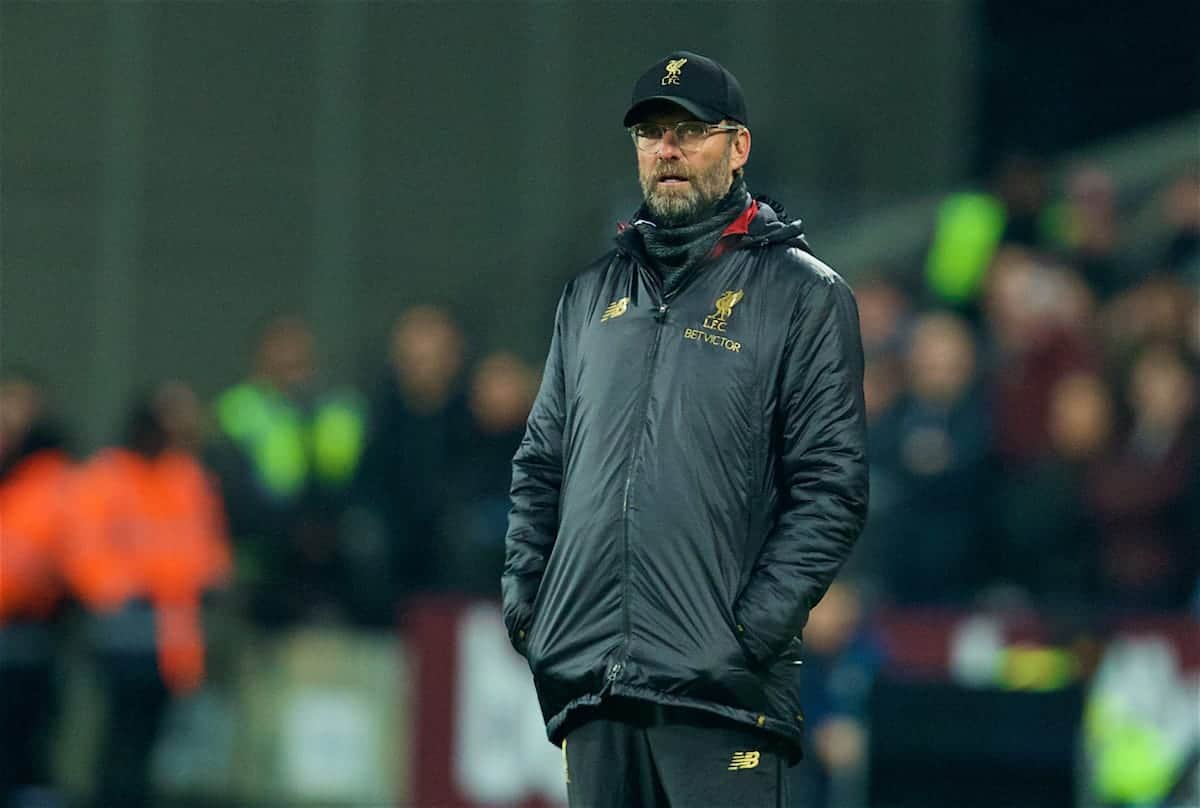 Jurgen Klopp dismissed suggestions that Liverpool were “scared” of West Ham after his team’s Premier League title bid was dented at London Stadium.

The table-topping Reds were aiming to restore their five-point advantage over second-placed Manchester City but had to settle for a 1-1 draw after Michail Antonio quickly cancelled out Sadio Mane’s controversial 22nd-minute opener.

Manuel Pellegrini’s impressive hosts had a number of chances for a winner, with Hammers captain Mark Noble claiming in a post-match interview with Sky Sports that they had “scared” the visitors.

But manager Klopp, who accepted James Milner was offside before setting up Mane’s goal, disagreed.

“I wish for all West Ham fans that Mark Noble and his team would scare more teams and not only us tonight because then they would be in another situation,” said the German.

“I don’t know him really well so I don’t know why he speaks about us after a game like that.

“They defended well, that’s true. They didn’t scare us, it’s a normal away game. We’ve won away games when we’ve played worse than tonight and nobody spoke about it afterwards.

Antonio’s equaliser resulted in a second successive draw for Liverpool and means they have taken only eight points from the last 15 available.

Klopp, without a host of first-team players in the capital including captain Jordan Henderson and midfielder Georginio Wijnaldum, insists his squad can handle the pressure of a title race following another frustrating setback.

“If you want to be at the top of the table at the end of the season, you have to deal with much tougher situations than we had today. That’s the truth, that’s always clear,” he said.

“But of course you need players fit and available, that helps a bit.

“We have to fight, it’s not about pressure, it’s about enjoying the situation. We have 62 points, lost one game in a full season so far, which is very positive.

“I have seen your faces already, you feel a bit sorry with us, you don’t have to, we are fine, everything is good. Tonight was just a tough game.”

West Ham manager Manuel Pellegrini was frustrated his team were denied victory by a refereeing error.

However, following three successive losses, including an embarrassing FA Cup exit at League One Wimbledon, he was pleased with the performances of his players.

“Yes, disappointed, without any doubt,” he said.

“If you create four chances and didn’t score and they score a goal one metre and a half offside, you must be disappointed and worried.

“I think we played in the way I like this team to play against every team.

“Maybe in the moment that we were (on a losing run), nobody believed that we could do it but I was absolutely sure and I trusted the players that we can play in the way we did.

“I think we did a complete performance, because against the team that has the best defence we created so many chances.”