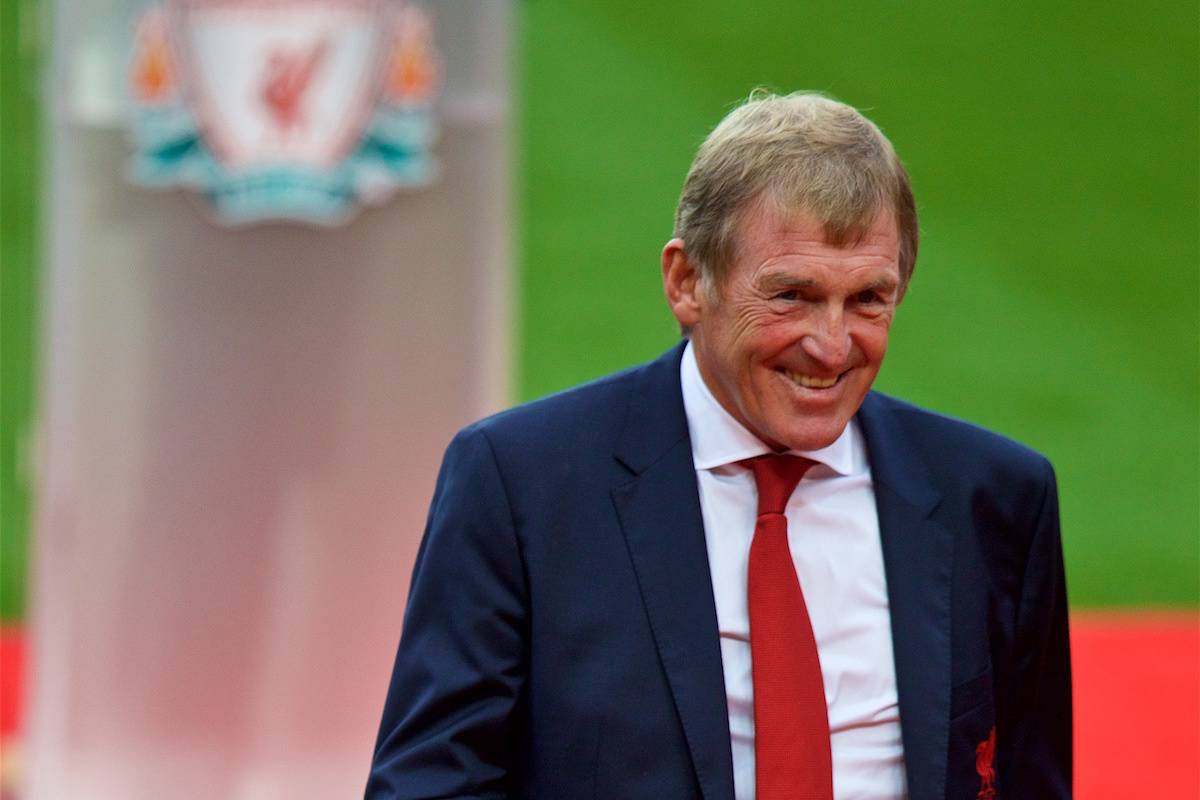 Liverpool youngster Liam Millar has revealed the role Kenny Dalglish still plays at the club, with the club legend often joining training sessions at the academy.

Dalglish has not been employed by Liverpool in a coaching role since 2012, when he stepped down as manager, to be succeeded by Brendan Rodgers as the club’s owners oversaw necessary change.

He has stayed on as a director, however, and remains heavily involved off the field and is a regular at Anfield on matchdays.

The likes of Andy Robertson and Virgil van Dijk have also attested to his influence in helping them settle in on Merseyside, too, with the latter explaining last month how Dalglish had “told me to ring him at any time.”

Now Millar, who joined Kilmarnock on loan at the end of the winter window, has given an insight into how the King still operates behind the scenes, speaking to the Sunday Post.

The striker revealed that the 67-year-old still gets involved in training sessions at Kirkby, and played a pivotal role in convincing Killie manager Steve Clarke—previously Dalglish’s first-team coach at Liverpool—to sign him.

“Kenny Dalglish was the one who recommended me to him, which is not too bad!” he explained.

“Everyone says he gets the best out of you and that’s what Steven Gerrard did with me last season.

“Kenny Dalglish gets involved in our sessions every now and then. He helps us with our finishing and stuff.”

Millar has made excellent progress at the academy since joining from Fulham in 2016, and scored seven goals in 21 games this season before departing for his first loan spell last month.

He signed a new long-term contract with the Reds before heading to Scotland, having turned down serious interest from clubs both in the Premier League and abroad, harbouring an ambition to eventually break through under Jurgen Klopp.

Discussing his future prospects, Millar—who can play both up front and out wide—admitted it would be a difficult task supplanting any of Sadio Mane, Roberto Firmino or Mohamed Salah.

“I’ve trained with the first team at Liverpool now and again,” he said, with his most recent stint at Melwood coming in December.

“The front three is unbelievable, it’s amongst the best in the world and that makes it so hard to break in.

“It’s almost insane thinking you could replace one of the strikers, but there’s always a chance if I can do well for Kilmarnock.

“Getting first-team football is really important to develop as a young player.”

Millar made his Killie debut as a late substitute in Friday’s 2-1 loss to Hearts, and will be hoping his work with Dalglish pays off when gets a chance to lead the line from the start.