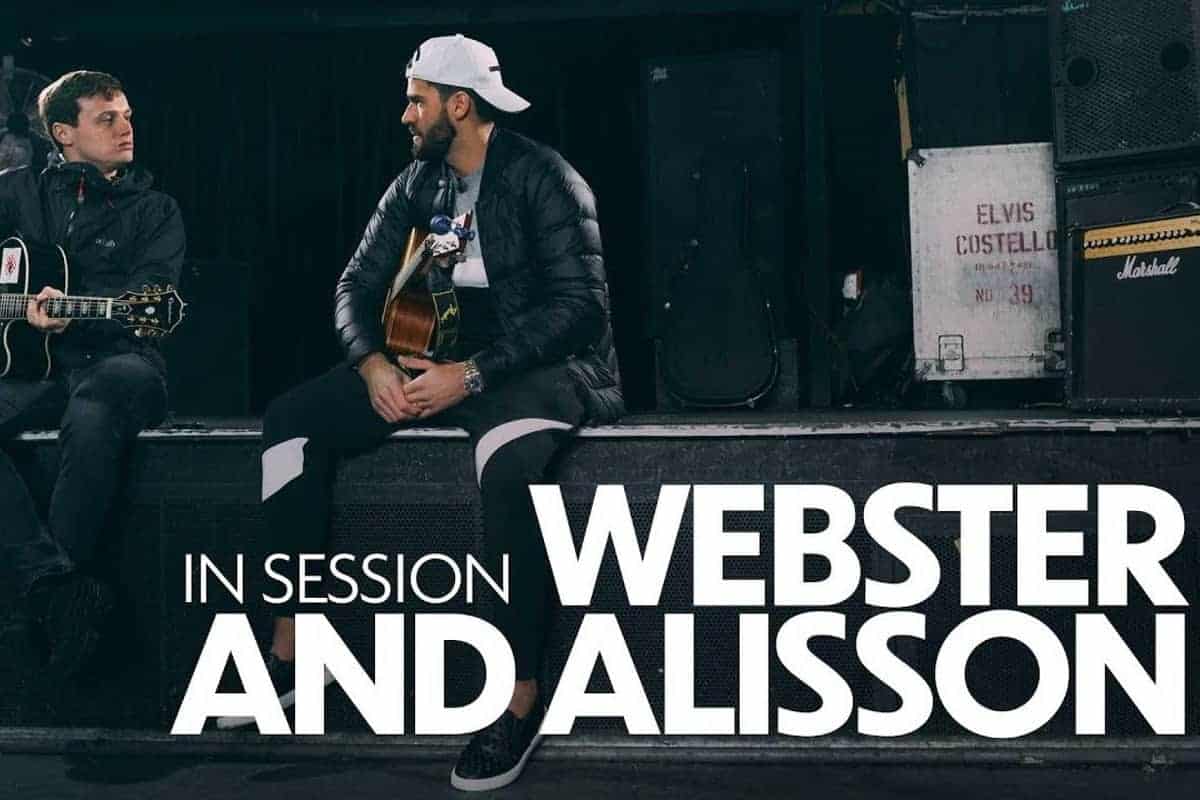 Alisson met with Liverpool musician Jamie Webster at the city’s Baltic Triangle to talk football, guitar and his connection with the club and supporters.

The £65 million summer signing has made a big impact for the Reds since his arrival from Roma, so far keeping 16 clean sheets in 32 games.

His record of a shutout every other game is the best of any goalkeeper to turn out for Liverpool, albeit having played far fewer than the likes of Ray Clemence, Bruce Grobbelaar, Pepe Reina, Elisha Scott and Tommy Lawrence.

Off the pitch, Alisson is also a big character, and a performer, who brought his guitar with him to the pre-season training camp in Evian.

Webster is becoming synonymous with the Kop, with his involvement with BOSS Night seeing him play regularly at District, and other events around the world, including at Kyiv’s Shevchenko Park last May.

The pair met to discuss their shared interests, with Webster a lifelong Liverpool fan and Alisson a firm favourite at Anfield—who delivered a clear message to supporters:

“We are excited about [the title race]. We are very focused on this

“We are doing this for the supporters, for the manager, for us and for everyone who is inside the project.

“The supporters are a great part of this team.

The video is well worth a watch, with Alisson‘s love for the club shining through.