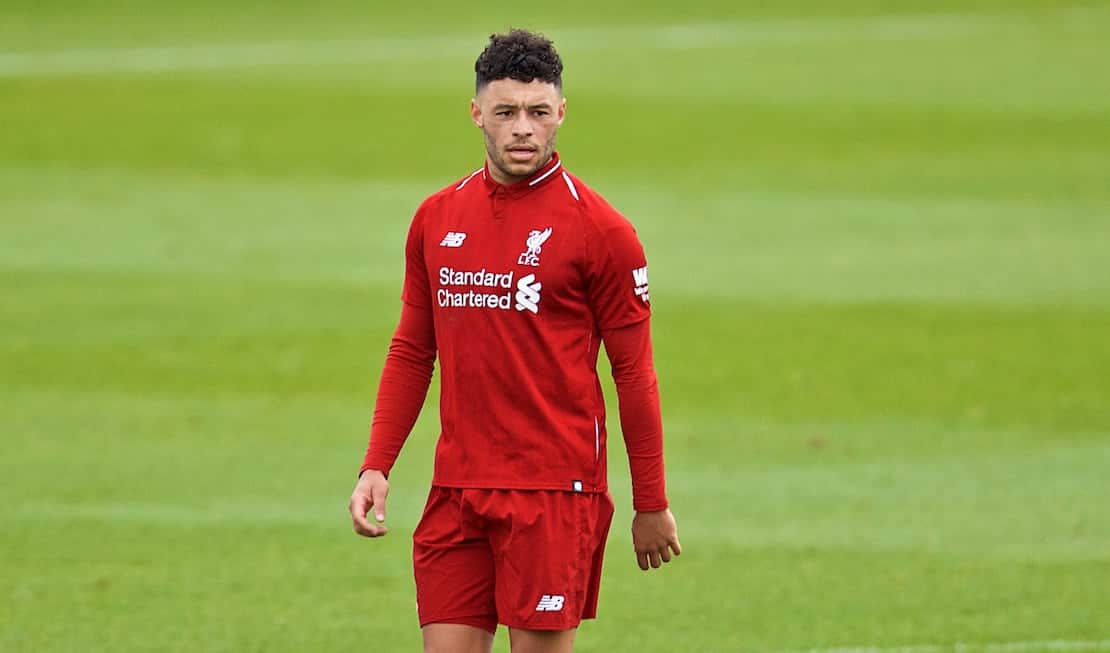 Alex Oxlade-Chamberlain has been named in the Liverpool U23s’ starting lineup against Derby today, marking his first appearance since injury last April.

The 25-year-old has been sidelined since the 5-2 win over Roma in last season’s Champions League, with an excellent tackle on Aleksandar Kolarov leaving him with multiple ligament damage.

A major setback in a fine debut season for Oxlade-Chamberlain on Merseyside, this has deprived Jurgen Klopp of one of his most important players for the entire campaign so far.

But with the midfielder returning to full training recently, he is stepping up his recovery with his first taste of competitive action today.

Oxlade-Chamberlain starts for the Liverpool U23s as they take on Derby in Premier League 2, for his first appearance in 319 days.

The No. 21 is likely to be carefully managed throughout the clash at Moor Farm, with Neil Critchley set to withdraw him at half-time as the club take no risks with his fitness.

Ki-Jana Hoever, Rafa Camacho and Ben Woodburn are among Oxlade-Chamberlain’s team-mates this afternoon, with the league tie kicking off at 2pm, as the young Reds look for a response to their 2-0 loss at home to Everton on Monday night.

After a tough start to the season, the U23s went on a 13-game unbeaten run that ended in the mini-derby at Anfield, which Critchley described as one his side “huffed and puffed” through.

Matty Virtue (seven) remains Critchley’s top scorer, despite leaving the club to join Blackpool in January, with Rafa Camacho (five) the most prolific player still in the squad.

The young Reds will no doubt cherish the energy and leadership Oxlade-Chamberlain will provide, but there should be no expectation on the £35 million man after such a lengthy layoff.

Speaking at Melwood on Friday morning, Klopp expressed his delight at his midfielder’s return, and the patient approach he is taking.

“Ox is a very smart boy, so it was clear he needs some sessions to prepare himself for a game, and then he wanted these games as well,” he said.

“Maybe these games we will see, this game for sure, everything how I said already a couple of times, it looked positive but it was a long time he was out.