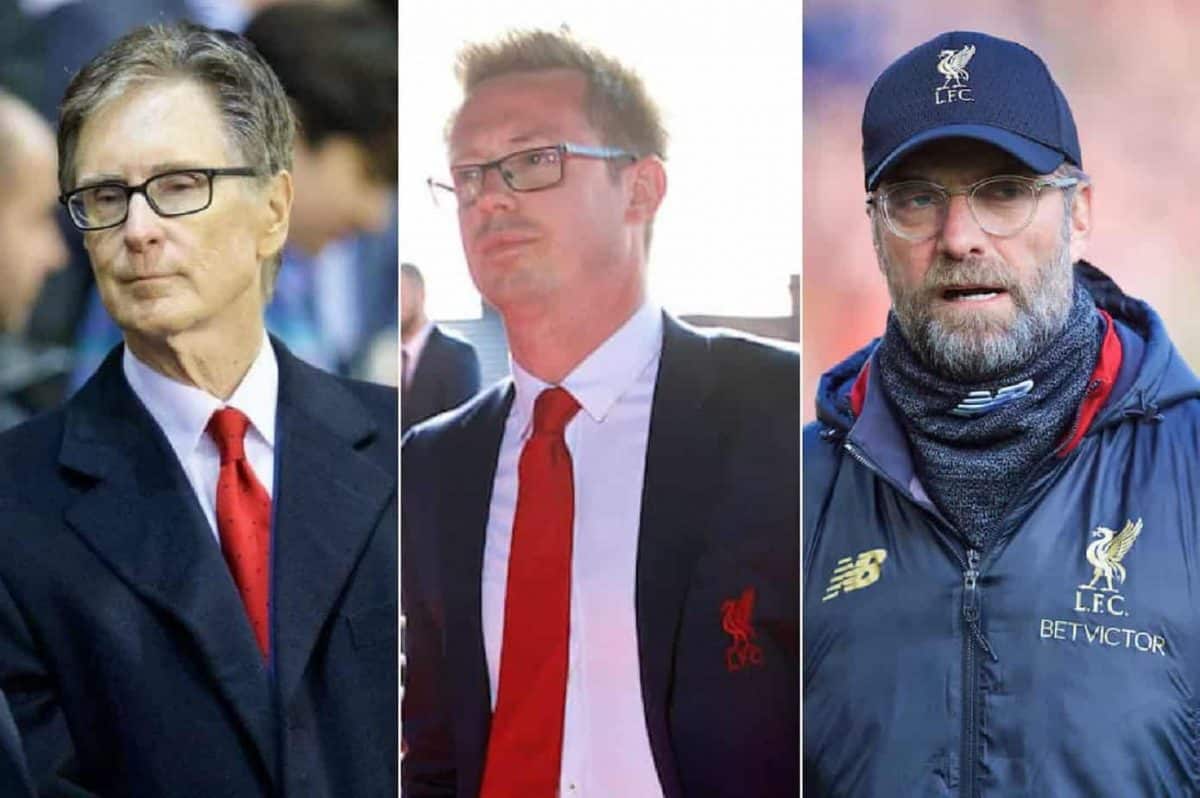 Liverpool might have made some big-money investments of late, but there’s far more to the club’s rise than simply lashing out ever-increasing fees.

It has been a recurring theme this season that Liverpool’s rivals, including the likes of Mauricio Pochettino, Niko Kovac and Jose Mourinho, have all referenced the money Liverpool have spent in the past 12-18 months as a primary reason for the club competing both domestically and in Europe.

There is some irony in those observations, which almost certainly hasn’t been lost on the club’s owners FSG, who have had many difficult years of managing expectations among supporters about investment in the squad.

It is a lazy observation to say that Liverpool have spent to achieve success without looking at the context or the journey they have been on to get where they are today.

Ten years ago, Liverpool Football Club was on its knees, crippled with debt and a playing squad that had little quality—yet soaked up almost 70 per cent of the clubs total revenue in wages. Joe Cole, for example, was earning £100,000 a week. 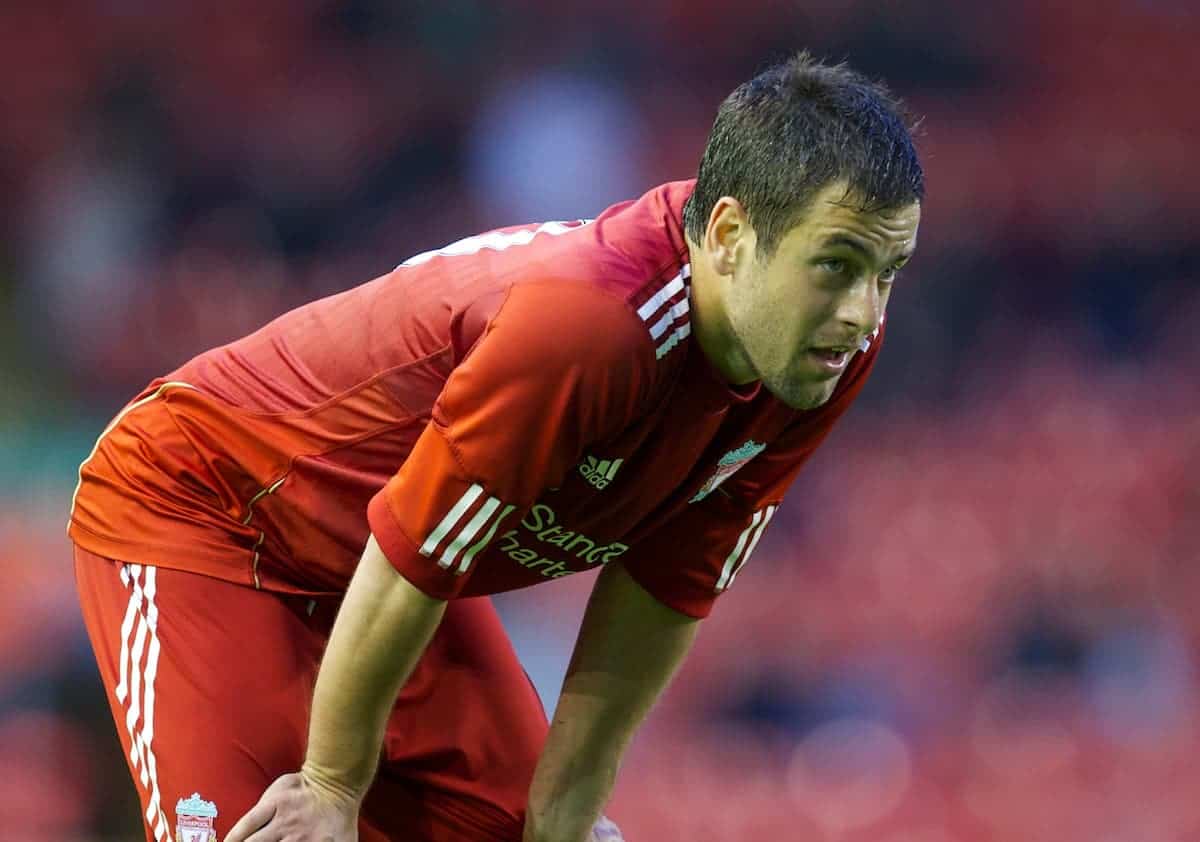 FSG will doubtless be the first to admit it has been a more painful, and far harder, process than they ever imagined, turning the club’s finances and fortunes around.

But despite setbacks and some bad decisions along the way, they have successfully transformed the club, building it slowly and sustainably to reach this point.

The reason Liverpool are currently competing isn’t that they have thrown money at the cause.

Like many clubs, the Reds cannot compete in the same space as Manchester City or PSG, who have benefactor owners and can spend whatever they like, bending every rule in the book along the way.

Instead, Liverpool under FSG are building the right way—with several notable reasons why. 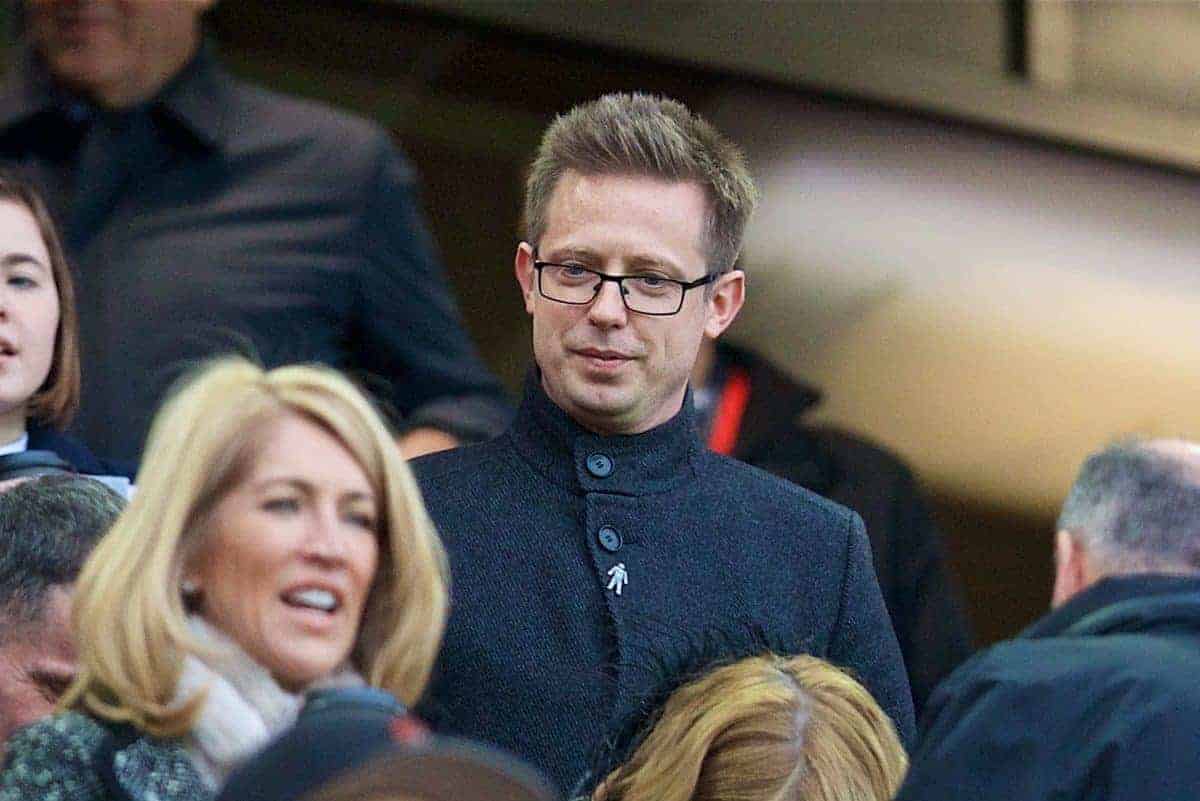 It is all very well having money to spend, but as Manchester United have shown under different managers in the past three years: how you spend it is as important.

The single biggest change at Liverpool has been the appointment of Michael Edwards as Sporting Director. Edwards has the role of working with the coach and constructing a squad that has an eye on the long term.

We have seen already with the signing of Virgil van Dijk, for example, that the club is now willing to wait for the right player rather than signing knee-jerk, short-term alternatives that don’t fit the profile—that was often an issue in the past.

The job Edwards has done at Liverpool has been absolutely outstanding. He has quietly re-constructed a squad that needed major surgery post-Brendan Rodgers.

The players he has signed have all had an impact or have a huge amount of potential to improve, and he has driven real value. He hasn’t paid over the odds for any player, including Van Dijk—who at £75 million looks a bargain.

Signing Mo Salah for £35m was an unbelievable piece of business.

But it isn’t just the signing of players that has impressed, it is also the selling. 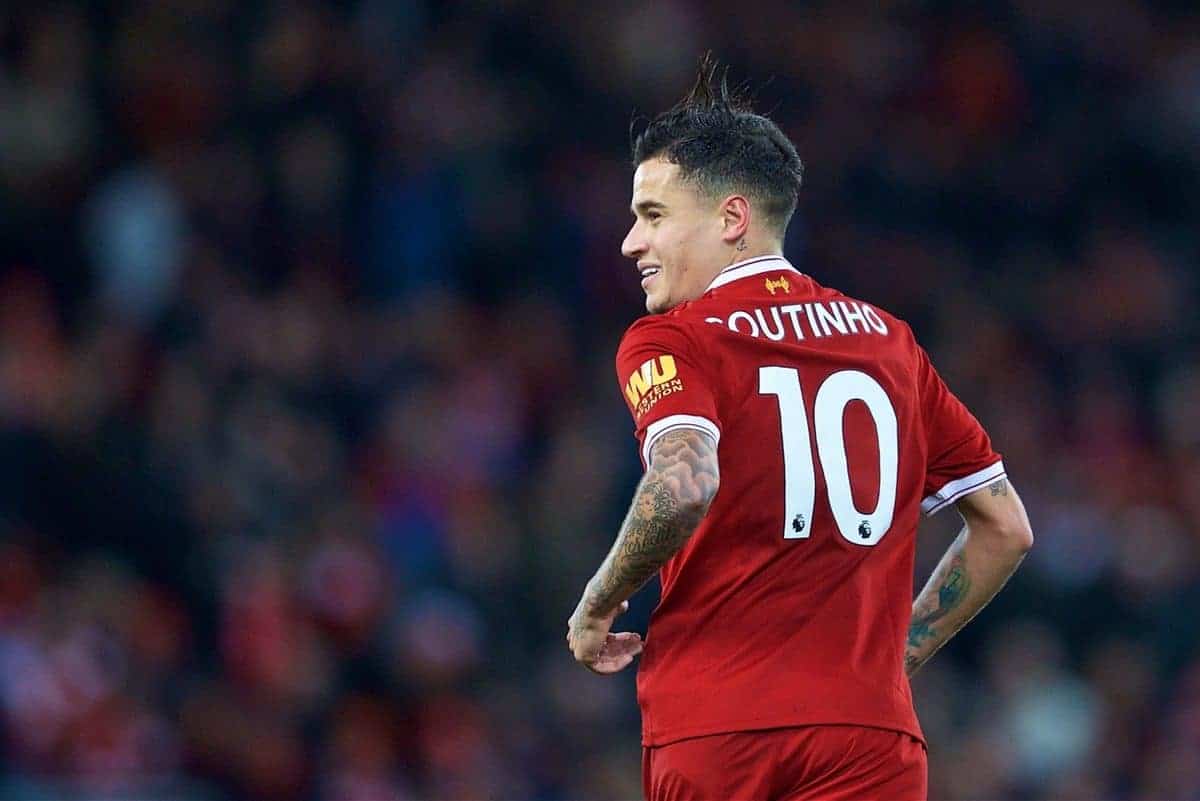 Historically, Liverpool haven’t sold well, yet that has transformed under Edwards. Coutinho is the headline and it was a brave decision to sell him—but it turns out we sold him at exactly the right moment.

It is those decisions Edwards keeps getting right. Even the sales of Danny Ings (agreed for summer) and Dom Solanke (January past) are great deals for the club.

Looking harder at how Liverpool have reinvested, the performance of Edwards is clearly identifiable as being the critical factor, not the amount spent.

He is quickly becoming one of the best Sporting Directors in Europe and it is unfair on his work to lazily suggest it is all about money.

It is an incredible story that Liverpool posted world record profits in 2019, only eight years after FSG took charge of a club in a complete mess.

It is even more impressive that those profits were posted against a backdrop of a squad that is competing at the highest level, both at home and in Europe.

This is also not a quick fix; the squad is far from its peak and the best is yet to come. For the first time in the Premier League era, the club looks set to sustain a challenge.

One of the reasons that is possible is that the club has learned from its mistakes in recruitment, and now has a world-class structure in place with great people.

But it isn’t just about the football side of the club; what happens off the pitch is equally as important to sustaining a squad that can compete at the top of the game.

The rebuilding of the Main Stand is an event which doesn’t always generate the gratitude of supporters—who rightly always look to trophies as a measure of success—but it is a legacy that FSG will leave, as is the infrastructure they have built around the club. 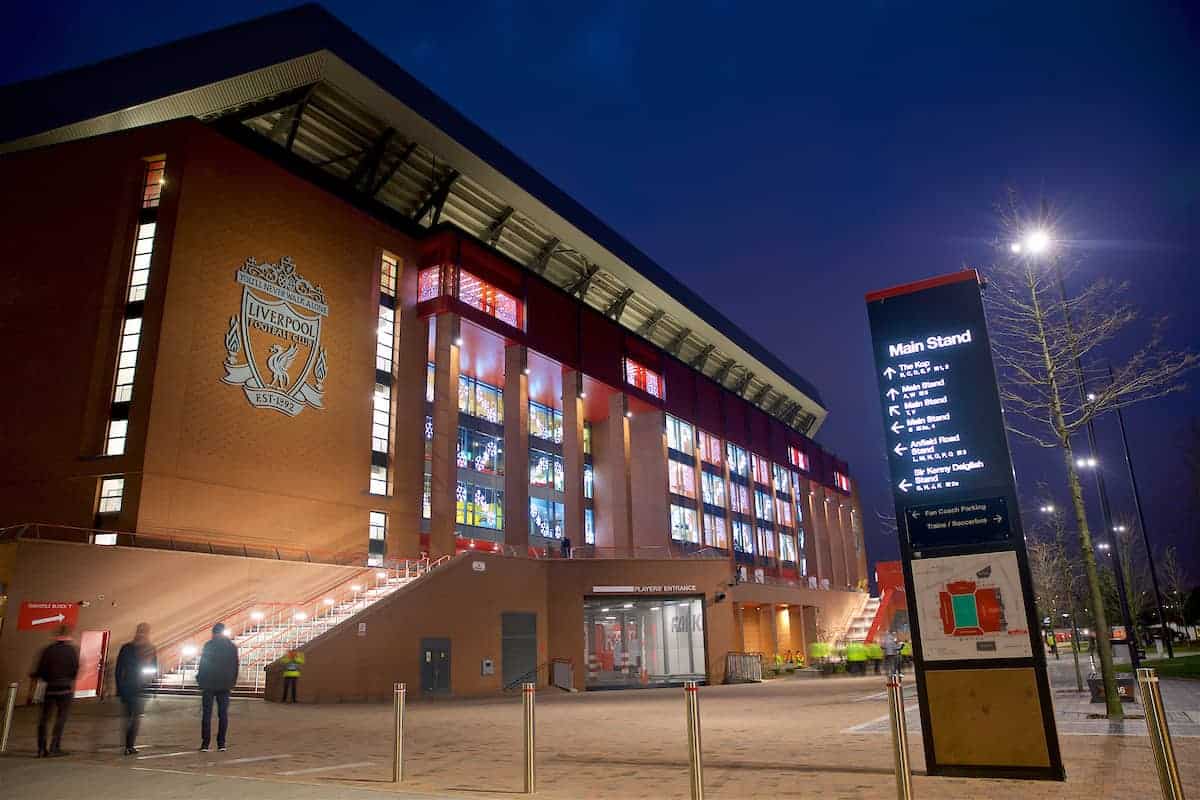 Liverpool has always had a challenge to balance community vs. commercial, and it certainly hasn’t been an easy ride. But, right now, it seems they are getting the balance right.

That is due to employing people who look at the club through supporters’ eyes and who are now making decisions applying that lens.

FSG recognise that success on the pitch is the key to commercial success.

The current status of the club puts it in a fantastic position to negotiate deals, such as the new kit provider that will likely move Liverpool into the big leagues where they belong.

Under FSG, the club spends what it earns. There is no benefactor behind the scenes, pulling strings or creating questionable sponsorship arrangements.

Liverpool have been built to be a sustainable club who, when they do spend big, can look at themselves in the mirror with integrity.

It sometimes seems as though we don’t always appreciate how fortunate we are to have Jurgen Klopp at Liverpool.

Appointing Klopp was the moment the club’s transformation really started to take shape; he isn’t just a world-class coach, he is box office, one of the greatest characters in the game and his ability to collaborate, inspire and make us dream is unique.

Liverpool will evolve and progress without Klopp one day, but right now, he is mission critical to the club.

Klopp has taken the club and its supporters on a journey since he arrived, though we are still some distance from the final destination—which will hopefully be a legacy of success and trophies, with Liverpool back where they belong at the top of the game. 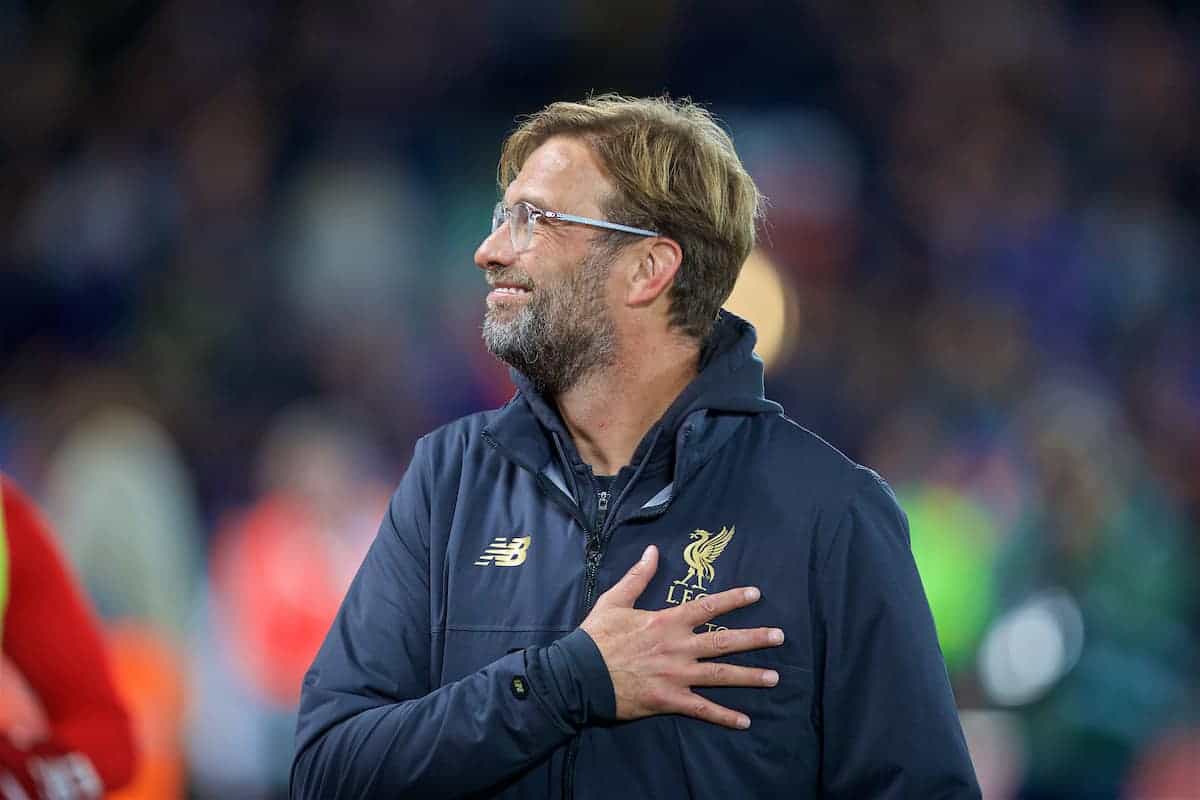 But what Klopp has done above everything is to reignite hope.

He has given everyone connected with Liverpool something to believe in, players and supporters alike.

Right now, Liverpool is a destination for players once again; the culture and romance of the club has always had a pull, but Klopp has given the club the X-factor which makes Michael Edwards’ job somewhat easier.

It is all well and good pointing to the £75m Liverpool spent on Van Dijk, but his signing was more than just the money being available.

The appointment of Klopp was as big a factor in signing the Dutchman as the amount of cash itself.

There are multiple factors to Liverpool competing at the elite end of the game and it is a great diversion tactic from opposition coaches—usually after being beaten—to point the finger when it comes to investment.

But Liverpool have been on a journey under FSG to build solid foundations.

Any success the club has on the pitch will be because they are a brilliantly, well-run football club.