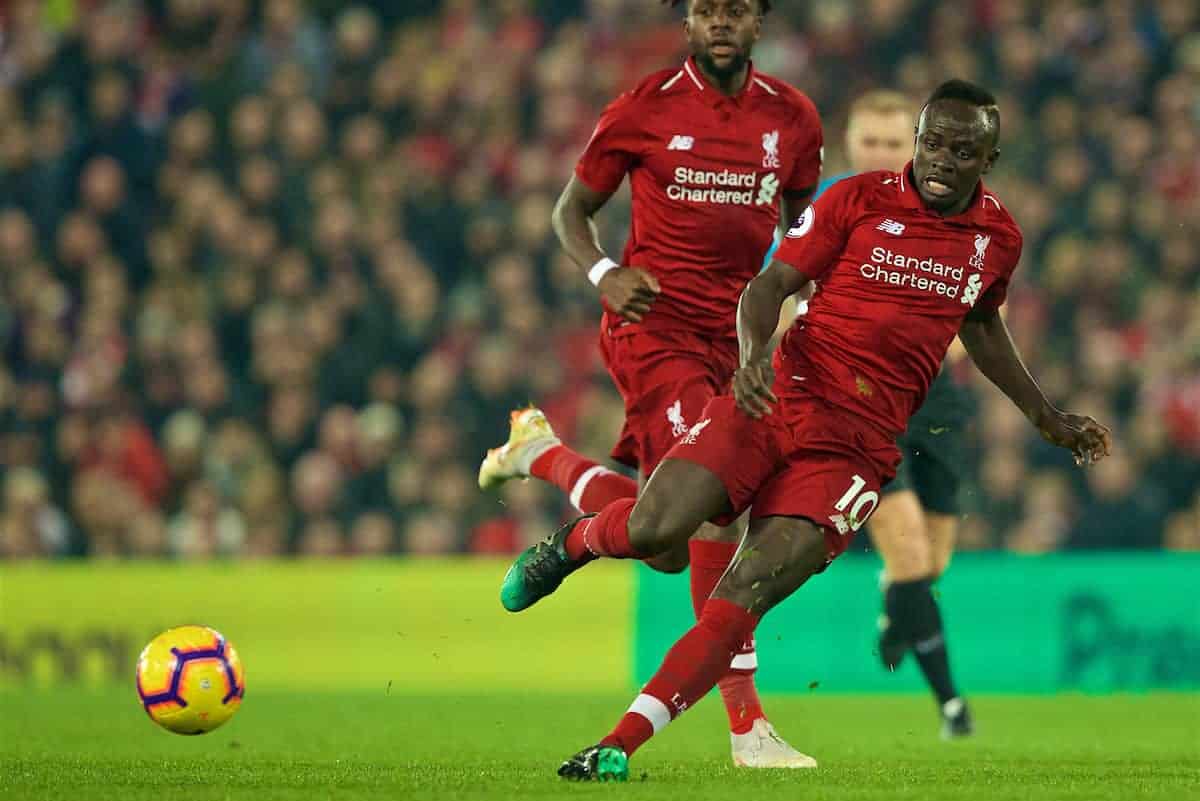 Jurgen Klopp could keep with his new-look attack for Sunday’s derby clash with Everton, particularly if Roberto Firmino misses out.

The Reds stormed back to winning ways against Watford, as subtle changes and a clever attacking lineup from Klopp inspired a vintage performance to thrash the Hornets.

Liverpool will want to deliver another statement win over their local rivals, and changes could be made in certain areas to keep things fresh for the third game of a crucial week.

Once more the big headaches for Klopp come in midfield and attack—especially if Firmino is fit to face Marco Silva’s side.

So how could Liverpool’s starting XI look on derby day?

There is only one injury concern and that is Firmino, who is racing against time to prove his fitness.

Klopp stated in his pre-match press conference that the No.9 is making good progress and is “very positive” on returning, but he may ultimately not be ready.

The rest of the squad available is unchanged, with Dejan Lovren, Joe Gomez, Alex Oxlade-Chamberlain and Rhian Brewster the missing men.

Alterations could be made to keep things fresh and several Reds are available to enter.

Jordan Henderson is poised for a recall to the starting XI after dropping to the bench in the thrashing of Watford.

Naby Keita is another in contention to start after successive games going unused.

Fabinho, Gini Wijnaldum and James Milner will all hope to keep their places after dominating Watford, making for an incredibly tough selection for Klopp.

It is not just Firmino eyeing a place in attack alongside certain starters Sadio Mane and Mohamed Salah.

Xherdan Shaqiri will be desperate for a chance if the Brazilian does miss out, while Divock Origi will hope his impressive display in midweek is enough to keep his place.

Potential Lineups vs. The Blues

The final selection seemingly hinges on Firmino’s availability and it could be that the Brazilian misses out.

Being without Firmino again would be a blow but the stunning attacking display in midweek provided plenty of confidence that the Reds can adapt without the influential No. 9.

Indeed, Klopp’s reshuffled lineup worked a treat—especially the surprise attacking set-up—and it would be no surprise to see the vast majority of that selection retained at Goodison Park.

That means Mane continuing centrally as the focal point of attack where he performed so well, with Origi operating on the left and Salah on the right.

The same defence is certain to continue, with this unit having looked increasingly assured in recent games as clean sheets have returned.

However, we could see one minor adjustment to the XI with rotation in midfield to provide some fresh legs for the intense derby battle.

Henderson could be restored in place of Milner to join the undroppable pair of Fabinho and Wijnaldum in the three-man midfield. 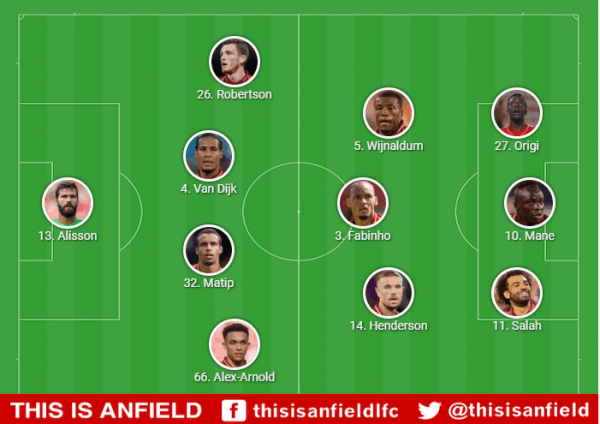 Firmino will be given every chance to prove his fitness and if he does, the No.9 could well be straight back in the starting XI.

If Klopp’s attacking lineup in midweek was unconventional, the Brazilian’s comeback would see a more traditional selection feature here.

It could come in a return to the 4-2-3-1 system to give the Reds more match-winners for what is a must-win game which could end up needing a moment of brilliance.

In this, Firmino would slot back into the No.10 role, while Shaqiri could also come in for an increasingly rare start on the right.

Mane did a great job down the middle against Watford, but the system switch would see the Senegalese moved back to the left, with Salah as the central striker.

In front of an untouched defence, Fabinho and Wijnaldum stand out as the best options for the midfield pivot. 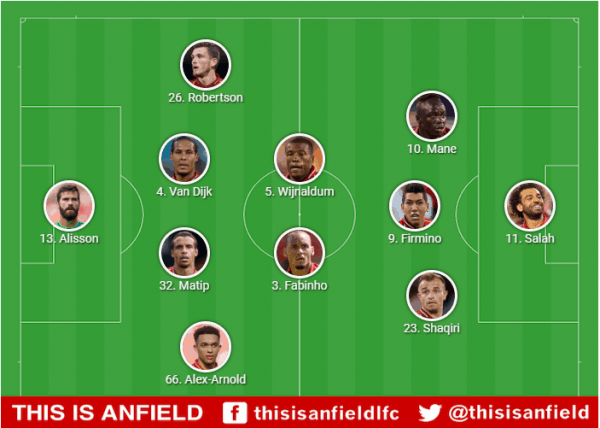 It remains to be seen whether Firmino will be fit to play, but even if the No. 9 does miss out, Klopp’s side have proved that the attacking brilliance can still be sustained.

The key is to deliver such a performance once again at Goodison Park, with or without Firmino, to claim another priceless three points in the pursuit of Premier League glory.