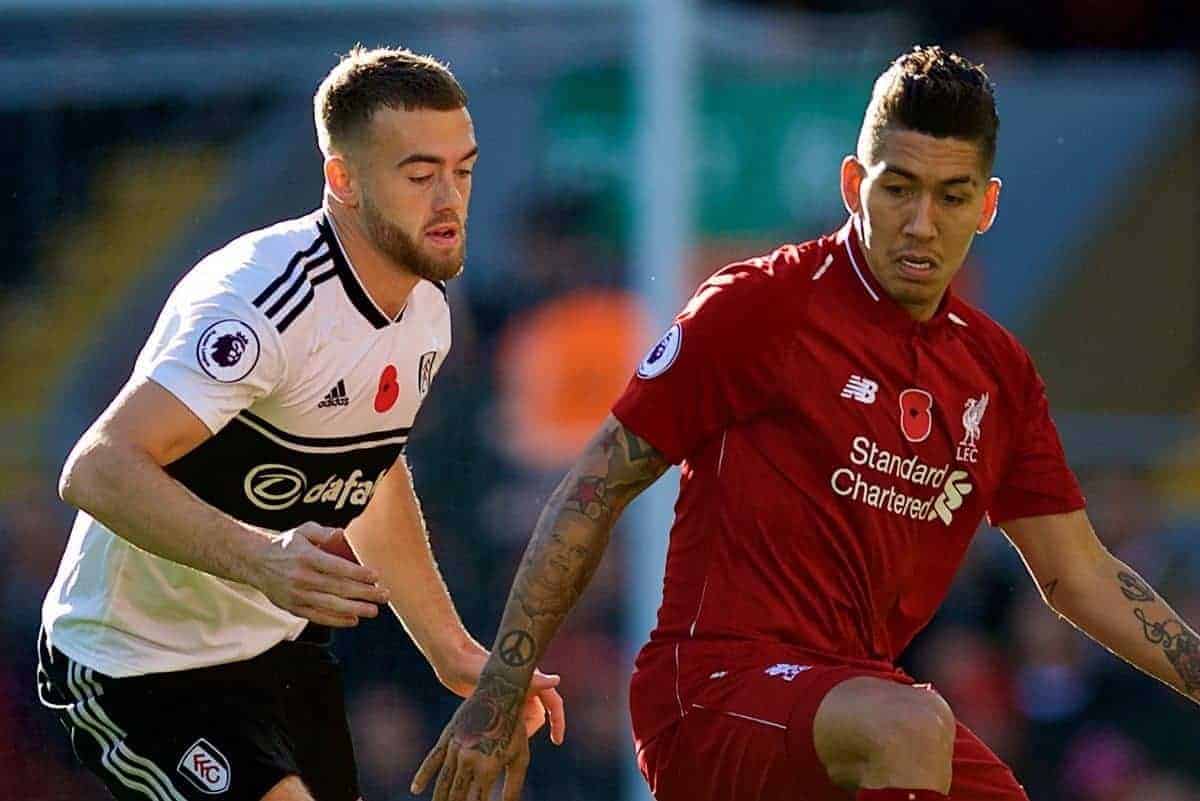 Liverpool can go top of the Premier League with a win at Fulham on Sunday, but more dropped points on the road could prove fatal.

The Reds have enjoyed a hugely productive week, winning 4-2 at home to Burnley before securing one of their most impressive victories of the season.

Wednesday’s 3-1 triumph at Bayern Munich not only sent Liverpool into the Champions League quarter-finals—they face Porto in the last eight—but it was further proof that they are now one of Europe’s top three or four sides.

Jurgen Klopp‘s team go into the weekend brimming with confidence; the same cannot be said of their beleaguered opponents.

Fulham have endured a torrid return to the Premier League after their Championship playoff heroics last season, sitting 19th in the table and without a win since the end of January.

They have lost their last six matches and, with Scott Parker in temporary charge, they look to be playing for pride rather than having genuine aspirations of survival.

To put it bluntly, Liverpool don’t deserve to win the league if they can’t defeat the Cottagers on Sunday.

Their superior quality is there for all to see and it should be a game that the Reds come through relatively unscathed.

This is the Premier League and anything is possible, but dropped points this weekend would be one of the most disappointing, momentum-sapping moments of Liverpool’s campaign.

Jordan Henderson is out after failing to recover from a twisted ankle against Fulham, meaning he is likely to miss the international break.

Naby Keita‘s involvement remains a doubt and is dependent on how he reacts to training prior to the game.

Joe Gomez, Alex Oxlade-Chamberlain and Rhian Brewster are all working their way back to full fitness, but none will be back before the upcoming international break.

Oxlade-Chamberlain will be “100 percent fit” afterwards, according to Klopp, which is a major boost for all concerned.

In terms of team selection, Klopp’s lineup is expected to have a similar look to it from the Bayern game, despite the risk of fatigue.

Alisson, Trent Alexander-Arnold, Joel Matip, Virgil van Dijk and Andy Robertson should again make up the back line, but available again Dejan Lovren could be handed a first start since early January to boost his fitness levels.

Fabinho was a surprise omission in Munich before replacing the injured Henderson and the Brazilian is highly likely to regain his place.

Gini Wijnaldum has looked tired in recent weeks, which could call for a rest and some playing time for Adam Lallana, or even forgotten man Xherdan Shaqiri.

Mohamed Salah, Sadio Mane and Roberto Firmino have improved as a unit of late and there is no reason for Klopp to leave any of them out on Sunday.

Marcus Bettinelli and Alfie Mawson are both missing for Fulham, but Andre Schurrle looks set to overcome a virus in time for the match. Ryan Babel could face his former club.

Last 5 Away to Fulham (All Competitions) 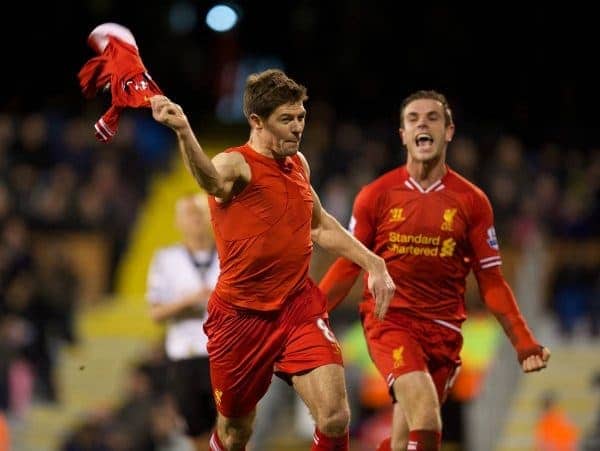 Away fans’ pubs: It’s a friendly part of the world—go wherever you fancy.

One piece of advice for visiting fan: Make a day/weekend of it, especially if you’re visiting when the weather’s nice.

The ground is right on the River Thames—arguably the most picturesque stadium in the country—and you will never be short of pubs and bars to visit.

Mane has been in wonderful form in recent weeks and months, scoring 10 goals in as many matches and acting as Liverpool’s attacking talisman.

Incredibly, there hasn’t been a game in which Liverpool have scored but Mane hasn’t since the 1-0 win at Brighton on January 12, when Salah scored a second-half winner from the penalty spot.

It highlights the impact the Senegalese has made since the turn of the year and he looks primed to be a pivotal figure in the title run-in.

He now has 19 goals this season—just one fewer than Salah—and would be leading the way in the race for the Premier League Golden Boot if penalties weren’t included.

Speaking to the press on Friday morning, Klopp was not taking Fulham for granted, despite their lowly league position:

“It’s a very important game to us. We don’t think about the table, only focused on our situation.

“We needed genius moment from Ali, Trent and Mo to win [at home to Fulham].

“They’ve had difficult season but you can see the change [under Parker].”

Fulham vs. Liverpool is live on Sky Sports Premier League from 1.30pm (GMT) and Sky Sports Main Event from 2pm. Kickoff is at 2.15pm. This Is Anfield readers can get 25% off a Sky Sports Day Pass with NOW TV to stream it live — click here.

Chris Williams is in charge of our matchday live blog from 1.30pm, bringing you pre-match content and minute-by-minute updates from Craven Cottage.