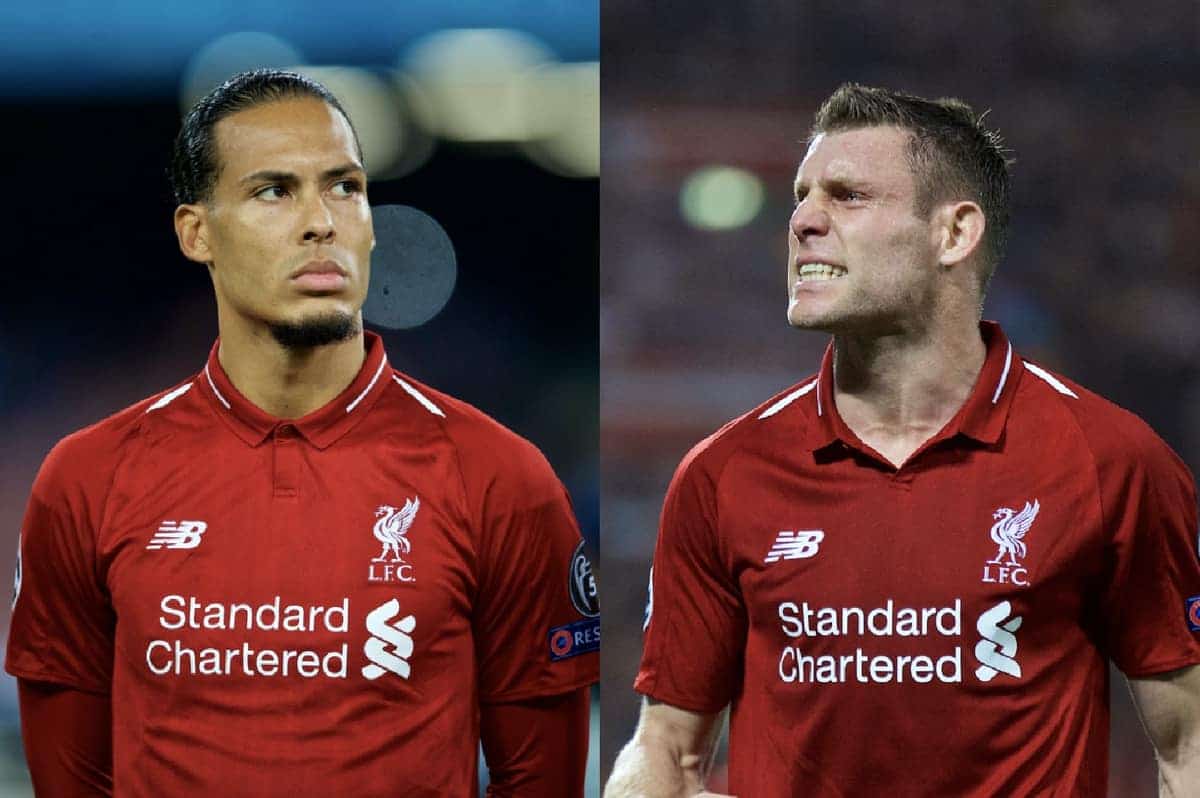 Virgil van Dijk and James Milner have both assessed the upcoming Champions League quarter-final draw, giving an insight into who Liverpool are hoping for.

The Reds will take great confidence into the draw, having produced an excellent display on the way to a 3-1 victory over Bayern Munich on Wednesday night.

A Sadio Mane brace and another Virgil van Dijk header were enough to knock out the Bundesliga champions at the Allianz Arena, having been held to a 0-0 draw at Anfield in the first leg.

All eyes will be on Nyon at 11am on Friday, as Liverpool learn which of Porto, Barcelona, Ajax, Man City, Man United, Tottenham and Juventus they will play in the quarter-finals.

For Van Dijk, who spoke to Dutch outlet Veronica TV after scoring his third goal in four games, there is one side he would prefer to take on, though he joked it would “probably” be a fellow Premier League team.

“I really don’t care at all but we will probably draw an English club again,” he said, having played City at the same stage last season.

“Ajax? That would be a nice game. But it would be difficult because Ajax is doing fantastic in the Champions League.”

Van Dijk played for FC Groningen in the Eredivisie between 2010 and 2013, taking on Ajax four times, winning one and losing three, before another two meetings with the Dutch giants while at Celtic, with one win and one loss.

Joining Van Dijk for an interview with BT Sport directly after full-time at the Allianz, Milner reflected on four English clubs making the quarter-finals for the first time in 10 years.

The vice-captain, who has played 38 times in the Champions League proper over spells with City and Liverpool, suggested none of the Premier League sides would be looking to play each other at this stage.

“It’s good for English football, that’s what you want. Fantastic,” he explained.

“I don’t think we want to play each other in the next round but we’ll see who we get.

“It’s going to be interesting. There are obviously a lot of good teams left, but we’ve got good feelings, obviously, from last year and those experiences.

“Hopefully we can carry those on and go as far as we can in that competition.”

Klopp echoed this in his post-match comments, saying “let’s try to play teams from Europe,” but there is certainly a bigger likelihood of being drawing against the sides Liverpool would prefer to avoid.