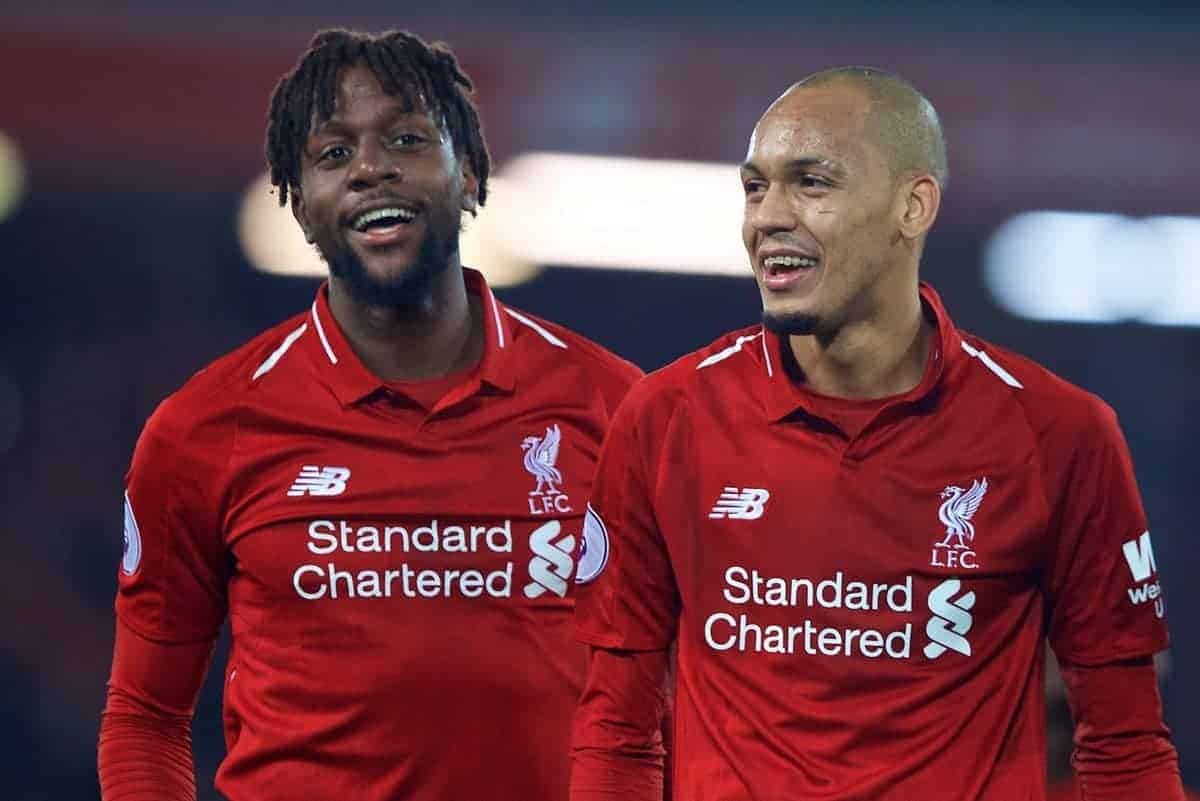 Liverpool have a near full-strength squad at their disposal for the trip to Southampton, but Jurgen Klopp‘s selection conundrum continues in midfield.

The final stretch of the league campaign continues with a trip to the south coast on Friday, where a Southampton side looking to create breathing space between themselves and the relegation zone lies in wait.

The Reds’ victory against Tottenham last time out, coupled with Man City’s win over Cardiff, ensures another three points will see Liverpool return to the Premier League summit with just five games remaining.

With the stakes rising with every game, Jurgen Klopp will again be buoyed by the fact that he has a near full squad at his disposal.

It ensures the manager will have a lot to think about before finalising his starting XI, and not for the first time this season his big decision appears to be on who to start in midfield.

The Reds’ injury list remains in a healthy state with Klopp confirming in his pre-Saints press conference that “[it] looks quite good, no major concerns, actually.”

Despite initial fears of an ankle injury immediately following the win over Spurs, Virgil van Dijk has been cleared of any damage and returned to training as normal on Tuesday.

Meanwhile, long-term absentees in Alex Oxlade-Chamberlain and Joe Gomez remain the only players under a fitness cloud as they continue to put more miles in their legs before pushing for selection.

A near-healthy squad ensures Klopp has options across the board when considering his lineup at St Mary’s.

Dejan Lovren could be thrown into the mix after recovering from a hamstring injury, having made a late appearance against Spurs after almost three months out of action, handing Joel Matip a break after starting 12 consecutive games.

Adam Lallana and Divock Origi could also come into consideration having each featured in four of Liverpool’s last five games, either from the bench or as starters.

Although Klopp has a wide array of personnel at his disposal for the trip to the south coast, the Reds have a largely settled side in defence and at the front, with only the midfield still posing questions for the manager.

It means Liverpool’s starting XI is unlikely to look too different to that of the side which clinched a late win over Spurs on Sunday.

The first-choice back five will again feature from the off, with Van Dijk set to be fully fit to take on his former club alongside Matip, Trent Alexander-Arnold and Andy Robertson, with Alisson between the sticks.

Mohamed Salah, Sadio Mane and Roberto Firmino will spearhead the Reds’ attack once again, leaving only the midfield to fill.

Fabinho was overlooked against Tottenham, but he is one of Liverpool’s most important players and there is an expectation that he will return to the fold on Friday, likely at the expense of either Jordan Henderson or James Milner.

The Brazilian offers a level of dynamism to the midfield which goes unmatched by others in the squad and his defensive positioning and prowess will be imperative in the Reds returning to Merseyside will all three points.

He is likely to be partnered by Gini Wijnaldum, leaving both Milner and the club captain to battle it out for the last remaining spot, but it is the latter who appears the most likely to be handed a start in a more box-to-box role.

It would mean only one change made to the starting XI, where the Reds would line up like this: 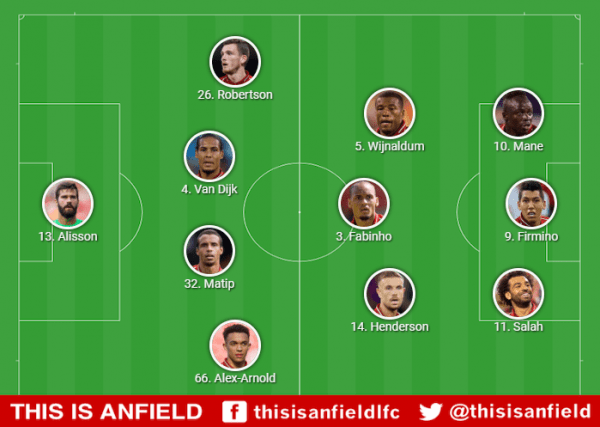 Alternatively, Klopp could look to move to a 4-2-3-1 setup, one which he shifted to in the latter stages of the game against Spurs.

The change in system would see the same back five start but a change in personnel through the middle, where a Fabinho and Wijnaldum pairing sees both Milner and Henderson move to the bench.

It leaves one vacancy in attack and Klopp with a number of options at his disposal, with Origi, Lallana, Xherdan Shaqiri and Naby Keita all capable of filling the role.

But having earned the trust of Klopp in recent times the Belgian appears the most likely man for the job, having proved his ability to both directly attack the opposition’s full-backs and track back when needed.

The attack-minded approach gives Liverpool the firepower up front to put the Saints to the sword in yet another must-win game: 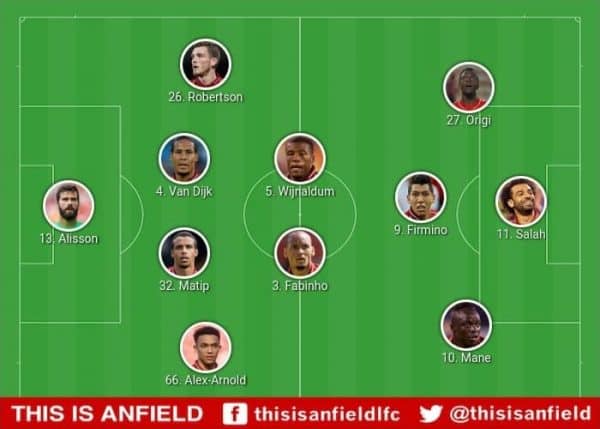 With a limited number of games remaining in the season Liverpool can ill afford a misstep on the south coast, but either of the aforementioned lineups is strong enough to get the job done.

The confidence gained from the Reds’ latest dramatic victory at Anfield will no doubt be harnessed to pick up another three valuable points and continue piling the pressure at the feet of their closest rivals.