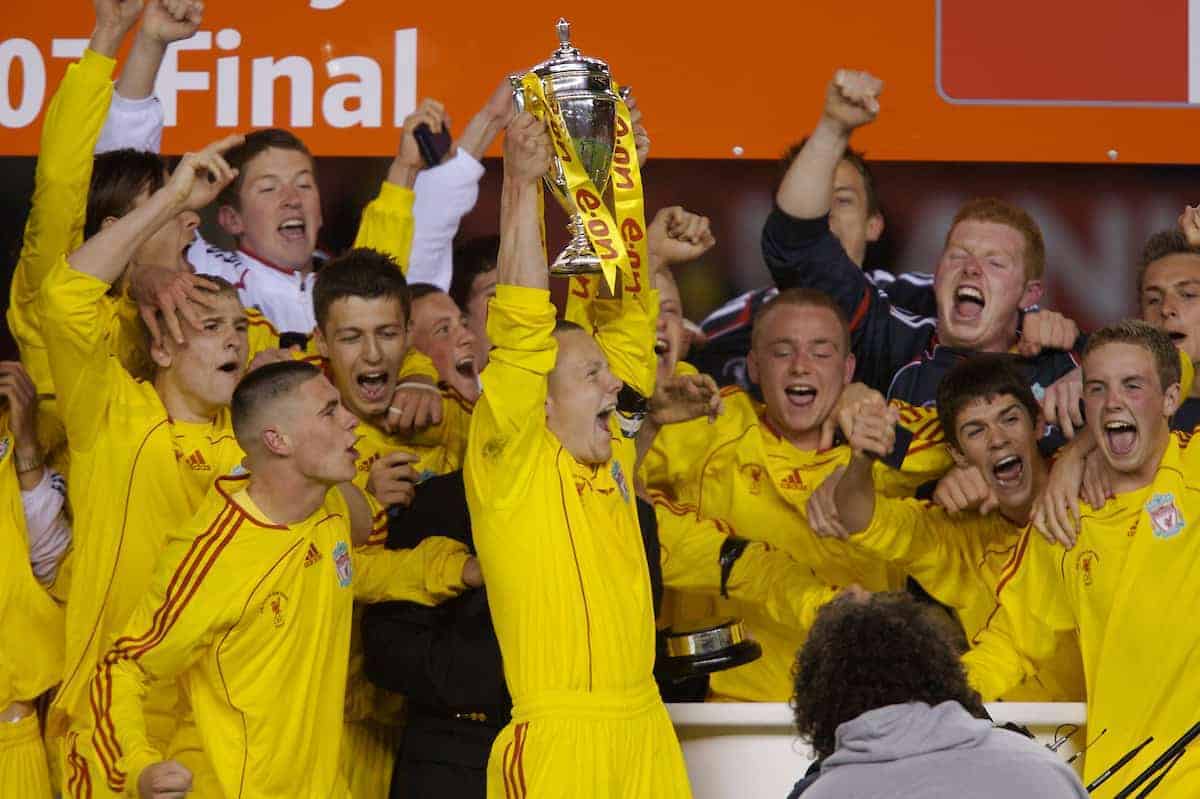 Liverpool U18s are preparing for their FA Youth Cup final meeting with Man City, but what happened to the young Reds heroes from 12 years ago?

Barry Lewtas‘ youngsters have a huge evening to look forward to on Thursday, as they look to crown a memorable season in style.

They have shone throughout the campaign, playing attractive football and being inspired by the strike pairing of Paul Glatzel and Bobby Duncan, who have 59 goals between them.

The U18s lie on the cusp of cup glory—they could also still win the U18 Premier League title—but they will have to overcome a strong City outfit, mirroring the senior side’s current battle with Pep Guardiola’s champions.

Liverpool haven’t tasted FA Youth Cup glory since 2007, when an exciting team beat Man United, winning on penalties at Old Trafford in the second leg after a 2-2 draw on aggregate.

While big things were predicted for many of that starting XI in Manchester, their varying degrees of success should be a word of warning to the current crop of stars. 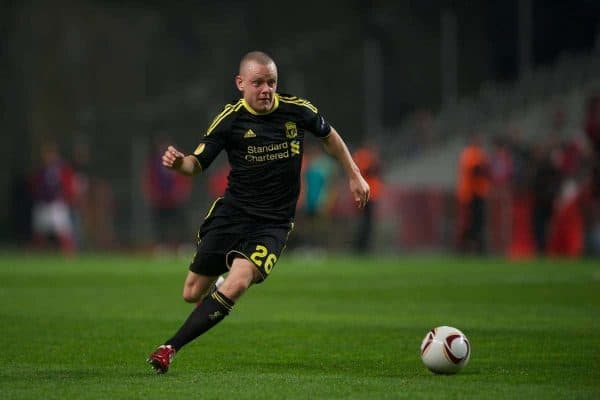 In the eyes of most mere mortals, it is commendable for anyone to play football at a professional level, so none of those 2007 winners should ever be considered failures.

It’s fair to say that some have flourished more than others, however, with captain-at-the-time Jay Spearing, actually playing at centre-back in 2007, the standout success story.

The diminutive midfielder made 55 appearances for Liverpool’s first team, including 25 during the 2011/12 campaign and a start in the FA Cup final against Chelsea.

Ultimately, Spearing was never good enough to make it as a reliable squad member moving forward, but he has forged an impressive career nonetheless, enjoying successful spells with Bolton Wanderers and Blackpool. 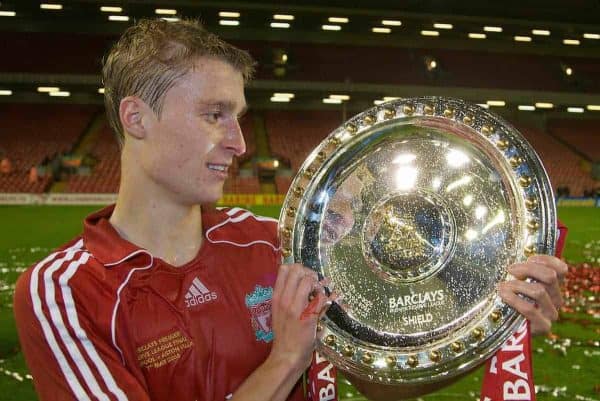 Now 30, he has helped the latter to eighth place in League 1 currently, and won Championship Player of the Year at the 2013 North West Football Awards.

Stephen Darby’s life took a sad turn last year when he was diagnosed with Motor Neurone Disease, forcing him to retire at the age of just 29.

The former right-back played six matches for Liverpool before a more than respectable time of things lower down the leagues, most notably at Bradford City.

Darby featured 239 times for the Bantams, which highlights both undoubted quality and great consistency—he will battle his illness with all the fight he showed on the pitch. 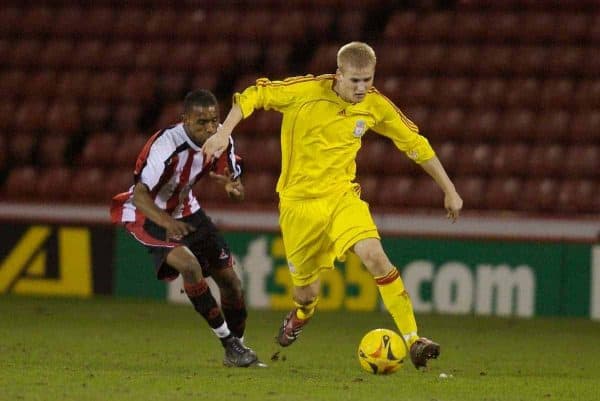 For the rest, an appearance for Liverpool never came their way, going to show that the step up to the first team is more meteoric than many think.

That’s not to decry what the rest of those who faced United on that April night 12 years ago have achieved, but they didn’t necessarily all hit the heights hoped of them.

Robbie Threlfall, one of the poster boys of the team and scorer at Old Trafford, was gone three years later after various loan spells away from Liverpool. 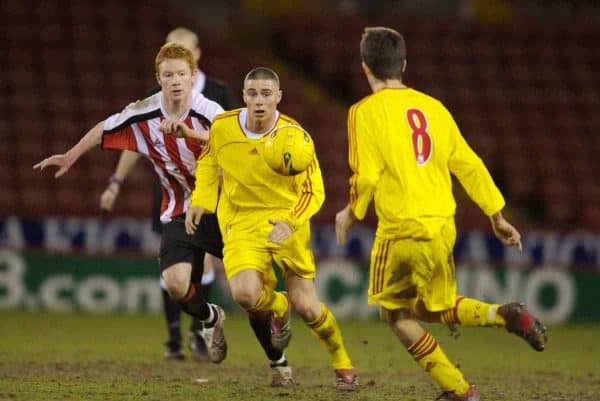 It was a short move across the River Mersey for Charlie Barnett, who joined Tranmere Rovers, followed by Accrington Stanley and AFC Telford, and who eventually graduated from the University of Salford with a physiotherapy degree.

Jimmy Ryan was another deemed surplus to requirements in 2008, but midfield colleague Ryan Flynn was one of the few who Liverpool actually earned a fee for.

He returned to boyhood club Falkirk for an undisclosed amount and is now in the Scottish Premiership with St Mirren.

Attacking players Ray Putterill and Craig Lindfield have battled to build non-league careers, and striker Astrit Ajdarevic appeared for an eclectic mix of clubs, including Standard Liege and AEK Athens.

He earned a solitary cap for Albania in November 2017, too, having switched his allegiances from Sweden after international youth level. 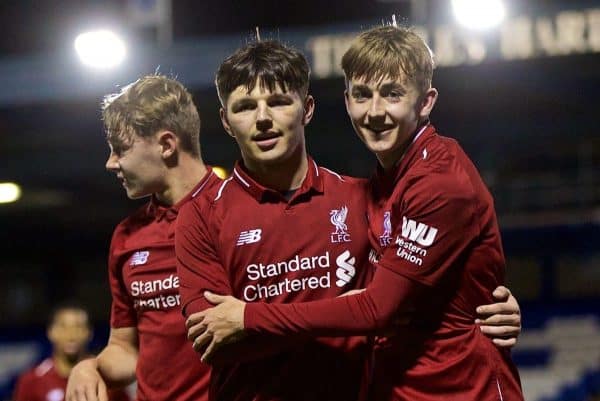 Such is the nature of the modern game, with young players scrutinised more heavily than ever, the above should serve as a warning to Lewtas’ hopefuls.

This is a talented group of footballers, whether it be the Virgil van Dijk-esque Rhys Williams at the back, influential Jake Cain in the middle of the park or Glatzel and Duncan in attack, but are they going to be that good?

Jurgen Klopp is building something special at Liverpool, making it even more difficult to make the grade, even if the German is a huge advocate of youth.

He will give them an opportunity if he feels it is merited, as seen with Alexander-Arnold, but failure to hit the required standards will spell the end.

Thursday is a great occasion that will hopefully be watched avidly by all Reds supporters, as the latest crop of starlets looks to etch their name into Liverpool folklore.

Let’s hope in 12 years we are talking about this bunch as Youth Cup winners and league champions—and with a smattering who have made a real name for themselves at senior level, at Anfield and beyond.

The FA Youth Cup final will be shown live on UK TV on BT Sport 1 on Thursday, with kick-off scheduled for 7:45pm.