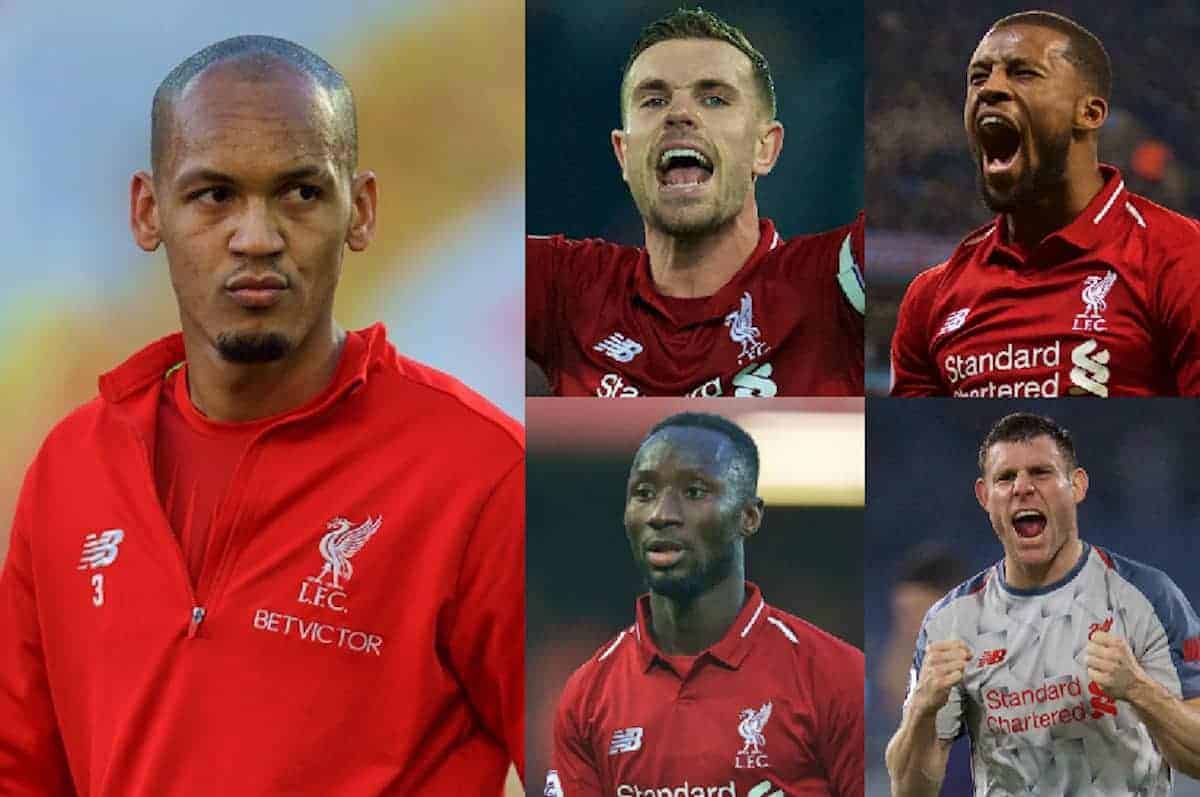 The excellent form throughout the squad gives Jurgen Klopp his toughest selection for the season for Liverpool’s huge Premier League clash with Chelsea.

Klopp conducted some light rotation in the Champions League victory over Porto on Tuesday, and those introduced all performed well.

As a result of the excellent form displayed throughout the squad in recent games, the boss now has some big selection decisions to make on what could be a pivotal weekend in the title run-in.

This is arguably Klopp’s toughest selection of the season and is one the German must get right as the Reds face the toughest fixture of the remaining schedule.

So how could Liverpool’s starting XI look for a huge game at Anfield?

Klopp has a near-full squad available again for a crucial game.

A refreshed Andy Robertson is available after his one-game Champions League ban and will return at left-back.

Sadio Mane and Gini Wijnaldum are both set to shake off minor knocks in time to feature.

Adam Lallana is the only injury absentee and is set to miss a third successive game with a muscle problem.

Alex Oxlade-Chamberlain and Rhian Brewster are the only other players not quite ready for action as their recoveries continue.

Joe Gomez made a welcome return to the matchday fold against Porto and could feature on the bench again.

A near-fully fit and in-form group brings several tough calls for Klopp with regards to restoring those rested in the Porto win.

Joel Matip is one of those Klopp needs to decide on after the Cameroonian enjoyed a break as the Reds kept a clean sheet on Tuesday.

Wijnaldum is the other, as the reshuffled midfield did an excellent job in dominating the first-leg.

Those who delivered the 2-0 European victory will all hope to keep their places.

Jordan Henderson has flourished in a more advanced role recently and Klopp confirmed the captain is “in contention” as a No.8.

Naby Keita will hope scoring a second goal in as many games secures his starting shirt, while Fabinho should continue at No.6.

With Robertson returning, James Milner will also come into contention for a midfield berth.

There is no doubt that Robertson will be back at left-back after his European suspension.

It also seems certain that Matip will take over from Lovren, who is unlikely to be ready for successive starts after just completing his first 90 minutes since January.

The main dilemma for Klopp, as always, comes in midfield.

It is an even tougher problem to solve given how unfamiliar selections have impressed collectively and individually in recent matches.

In truth, Klopp is spoilt for choice, with four in-form options battling for the two remaining shirts to join certain-starter Fabinho.

Wijnaldum seems set for one of them after his midweek rest, and hopefully that night off will help the Dutchman rediscover his best form.

The final spot could—and should—go to Henderson, who has shone in recent games since being let off the leash in his natural box-to-box role.

It would be harsh on Keita to miss out after his successive goalscoring outings, but going with a more tried-and-trusted, big-game and experienced set-up would make sense. 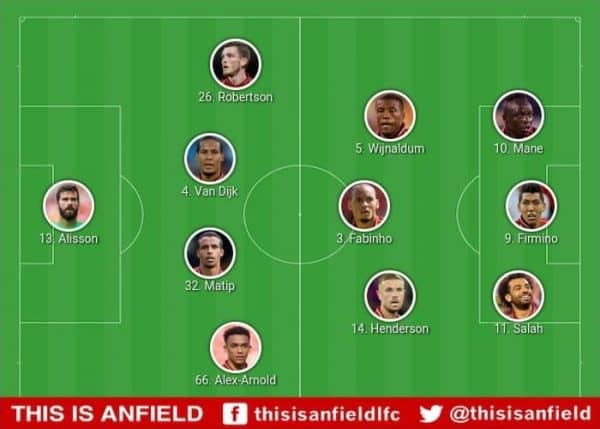 Klopp does tend to prefer deploying a solid, reliable and high-energy midfield for the big showdowns.

And for that reason, it would be not be a total surprise to see Milner chosen for the experience and energy that the vice-captain brings.

However, it is impossible to ignore Keita’s recent form and contributions, and the Guinean could be given a chance to continue his excellent run.

Keita’s goal-scoring form and midfield creativity would bring a new dimension to the big-game stage, and would be nicely complemented by Fabinho and Wijnaldum’s industry.

It would leave Henderson and Milner as two excellent impact options, as seen at Southampton where both played key roles in changing the game. 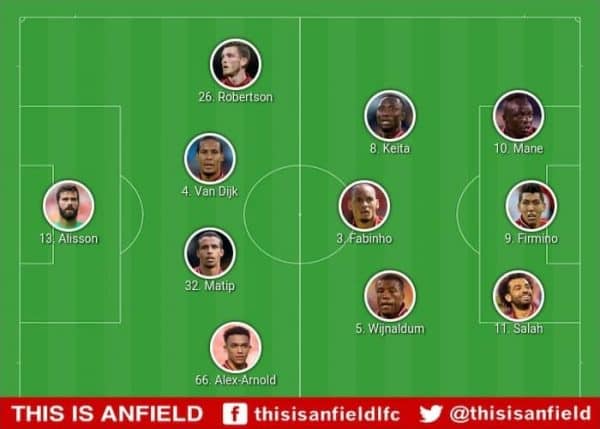 The midfield is clearly Klopp’s biggest selection headache, but it is great to have so many options of real quality to choose from at this stage of the season.

Whoever is given the nod will have to deliver a big performance to ensure another priceless three points are won to take the Reds one step closer.