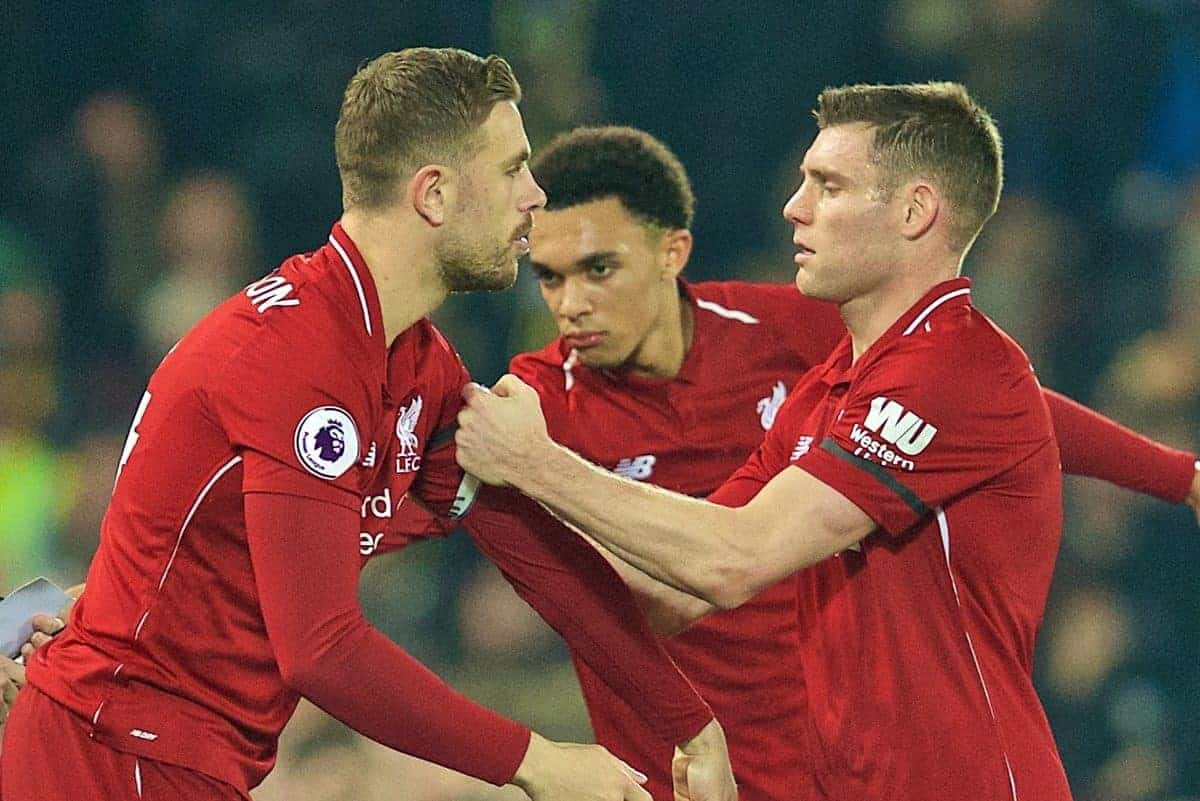 Jurgen Klopp will be forced into at least one change for Liverpool’s quarter-final first leg with Porto while injury concerns could see further switches made.

The Premier League run-in pauses but the pursuit of silverware continues in the Champions League as the Reds kick off a winnable quarter-final tie.

Liverpool stormed past Porto last season in the last 16, but this tie won’t be as easy as the Portuguese side look for revenge.

The Reds will have to be in top form, but Klopp will be denied his full-strength lineup for the first leg due to Andy Robertson’s suspension.

That means at least one change will be made to the starting XI, while other alterations could arrive as a result of some slight fitness concerns.

So who will deputise at left-back and how could Liverpool’s starting XI look on Tuesday night?

Klopp has enjoyed a near full-strength squad for the last two games but will be without a key man at Anfield.

Robertson is suspended after his late booking in the 3-1 win at Bayern Munich last time out in this competition.

Speaking in his pre-match press conference, Klopp also revealed that he has a trio of slight concerns with Virgil van Dijk, Joel Matip and Gini Wijnaldum carrying knocks.

It is expected that all three will be fit to play after they trained on Monday evening, but a cautious approach could be taken with the run-in ahead.

Elsewhere, Adam Lallana is ruled out, while Joe Gomez and Alex Oxlade-Chamberlain won’t yet be considered as their respective comebacks continue.

James Milner and Alberto Moreno present the choices to fill in for Robertson, with the vice-captain the more likely option. 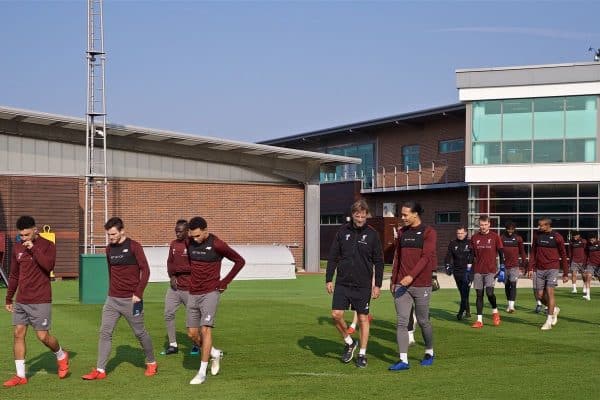 Jordan Henderson is available and poised for a starting XI recall after his match-winning impact at Southampton.

Naby Keita will hope to join the captain in midfield having scored his first Reds goal with perfect timing against the Saints.

Dejan Lovren offers the centre-back alternative, while Divock Origi, Daniel Sturridge and Xherdan Shaqiri are options should Klopp opt for an extra slice of rotation.

Liverpool’s largely settled selection will be lost as a result of Robertson’s ban and could change further depending on Klopp’s approach.

However, the starting XI will still be very strong and the forced change at left-back picks itself which in turn makes potential midfield rotation more straightforward.

Indeed, it is almost certain that Milner will deputise for Robertson, as Moreno—who has played just five times this season—sees his Anfield career draw to a close.

The rest of the defence should be the same, with Van Dijk set to shrug off his knock to protect Alisson alongside Matip, Trent Alexander-Arnold and the vice-captain.

Milner’s use here eliminates him as an option to enter midfield, meaning Henderson is the only man available to come into the middle of the park.

The captain could do so by replacing Wijnaldum, allowing the near ever-present Dutchman a chance to fully recover from his minor issue and thus enjoy a much-needed break.

It would give Keita a great chance to build on his first Reds goal, completing the midfield trio with Henderson and Fabinho behind the regular front three: 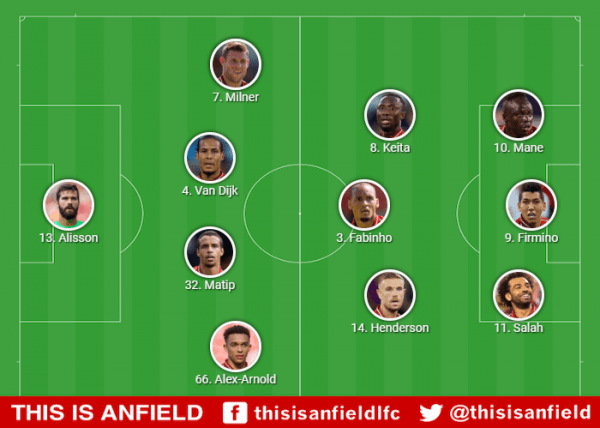 Origi, Sturridge and Shaqiri are available to come into the attack, and Lovren the defence, and each will be hoping for inclusion on a big European night.

But it’s difficult to see Klopp making such changes at this stage, especially with the way everything is working currently.

Any difference from the above lineup will surely only be subtle to keep Liverpool’s consistent, winning form rolling on.

And that could be that Klopp keeps Wijnaldum in the lineup if the Dutchman, seemingly the German’s first-choice midfielder, proves his fitness.

This could result in Keita being denied a chance to build on his goalscoring display, with Fabinho and Henderson the certain starters: 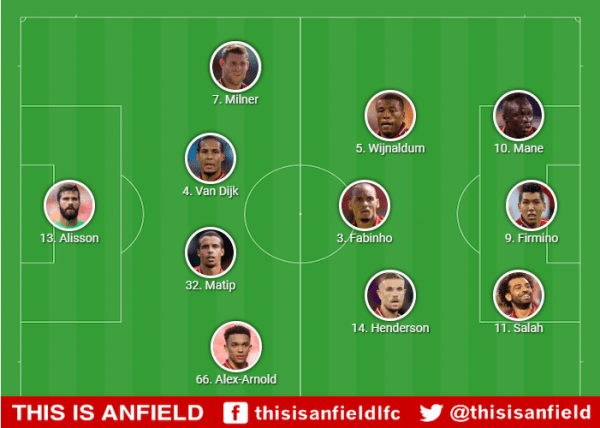 It is not ideal that the Reds will have to go without a full-strength, first-choice selection for a big night at Anfield.

However, both lineups still boast extreme quality at both ends of the pitch, and should be strong enough to ensure a vital lead is established to take to Portugal next week.