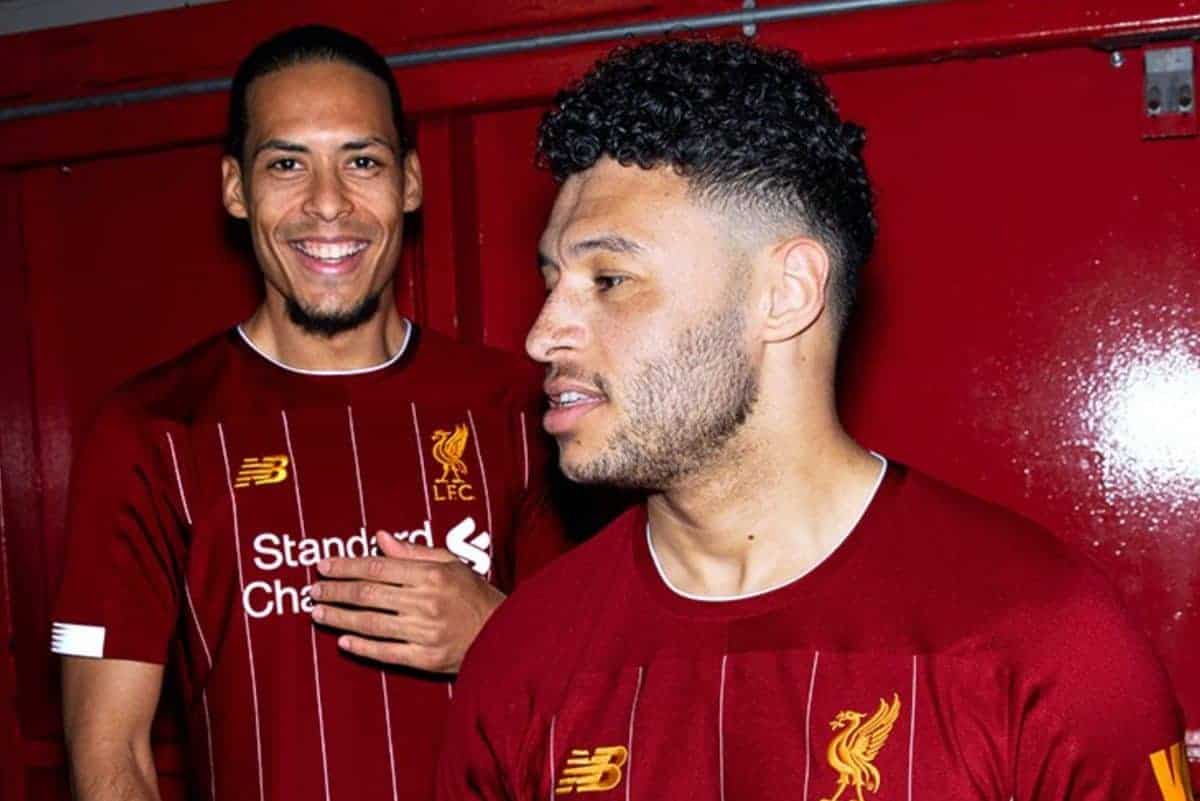 Liverpool have revealed their impressive new kit ahead of the 2019/20 season, with positive reviews from supporters the order of the day.

The new strip was officially unveiled on Thursday morning, which pays homage to legendary former manager Bob Paisley OBE, who oversaw such huge success between 1974 and 1983.

Sir Bob would have celebrated his 100th birthday this year, so the kit is a tribute to one of the most important figures in Reds history:

Paisley’s signature is printed onto the inside of the neck of the shirt and the design is the same as the 1982/83 strip that saw Liverpool win the First Division title.

Here’s how supporters reacted to the kit on social media.

There was generally overriding positivity from fans….

Okay maybe the kit is quite nice https://t.co/IKn8NWv0hL

“One of the nicest kits in years, that.”

– This is Anfield’s Joel Rabinowitz.

“One of the best kits we’ve had for a long time, well done NB.”

That GK kit is something else? #LFC #Liverpool pic.twitter.com/XbSlCTlFf9

That keeper kit though ? pic.twitter.com/s2jMgRe0tv

These kits are a thing of beauty, especially the GK one ? https://t.co/k5iE788vb5

I really, *really* like about 80% of this kit but don’t understand why the pinstripe stops. Makes it look a bit like a panel they’ve just stuck on. The goalkeeper kit is ??? though https://t.co/LlgxHiTphW

When I grow up I want to look as good as Alisson in that new kit.

That goalkeeper kit is something special ?

There were a few who weren’t wholly convinced, though, or felt slightly old…

Not 100% taken by the two different reds on the front but sure it'll look great in real life https://t.co/C64COTP5Pg

“The new home shirt looks like they pressed on my red striped tea towel on the front.” – Maria on the forums.

“I think I would love the new one if it had that V-neck. Total class look. The neck on this new shirt looks unfinished to me.”

When the new @LFC kit is your first kit, and it now fits your son, you know you're getting old! pic.twitter.com/DDUw9MnXwh

Not good when you had the retro kit first time around. pic.twitter.com/D0UgqMZZSd