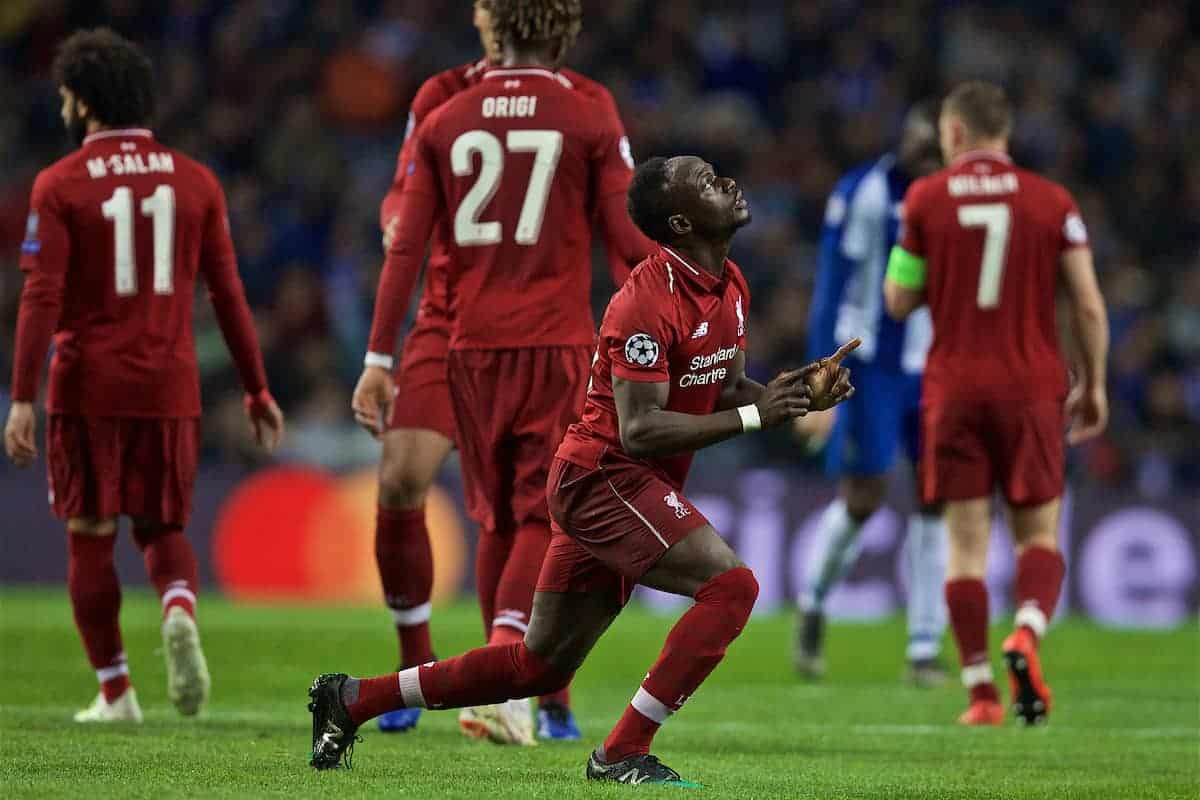 Liverpool players were quick to share their delight at securing a place in the Champions League semi-final following the 4-1 win over Porto.

The Reds made the trip to Portugal for the second leg of their Champions League quarter-final tie with a two-goal advantage over Porto, ensuring a second successive semi-final berth was well within reach.

Porto, however, had looked to test Liverpool’s resolve early on only to lament their wasted opportunities in front of goal, as Sadio Mane opened the scoring with the Reds’ first shot on target, with the help of VAR.

Jurgen Klopp’s chargers then went on to flex their muscles in the second half as Mohamed Salah, Roberto Firmino and Virgil van Dijk all got in on the act to set up a mouthwatering semi-final clash with Barcelona.

The 4-1 win, which saw Liverpool progress 6-1 on aggregate, was one which Mane insisted his side “deserved” after a performance whereby the entire Liverpool team “never gave up,” despite thinking his goal was offside:

“I was thinking [the first goal] was offside, to be honest.

“I told the boys to keep going and they said ‘no, wait’. I was surprised.

“It was an important goal, but the more important thing was to qualify for the semis and we did it—it’s great.

“The beginning was tough. I think the team spirit was great; we never gave up, we tried to push hard as a team.

“We created many chances and scored many goals, so I think we deserved the win.”

Similarly, Joe Gomez, who made his return to first-team action from the bench following a four-month absence, was also full of praise for his team-mates’ show of resilience during Porto’s early dominance. 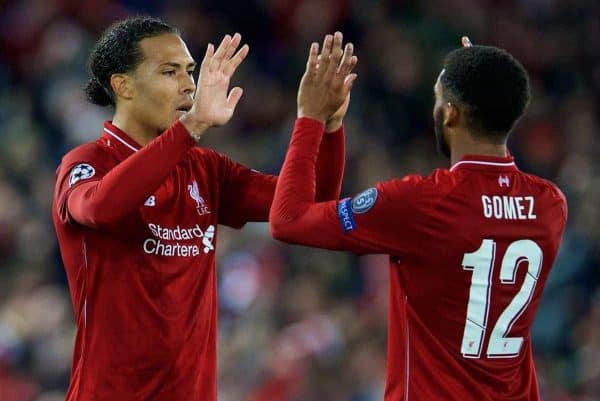 The England international also cast his eye towards the tie which lies in wait against “one of the best teams in the world,” when speaking to LFCTV after the match:

“Obviously we knew coming away here would be a different game and we had to be prepared for them to come out strong.

“It was difficult in the first 30 minutes or so, so it was nice to get a goal and obviously the boys saw it out—and it was a good result in the end.

“I think that’s credit to the front three [scoring four goals with five shots], and the whole team as well I think we were just obviously very clinical—and goals are coming from different people and all over the pitch.

“I think that was important but also that we saw out the rough patch in the game, the first 30 minutes, as I said, was difficult and if they scored it would have been a different game so it’s credit to the boys.

“We haven’t really thought about [Barcelona in semi-finals] until now. Obviously, we knew it would be set in stone if we got through but we had to see out this game and we couldn’t underestimate Porto.

“But it will be a difficult game, they’re one of the best in the world, clearly, and probably have the best player in the world as well and many others around him.

“So it’s going to be a difficult game but that’s what the Champions League is all about.

“You don’t get this far to have an easy game and we know you have to earn your place in the next round.”

Following the game, James Milner and Jordan Henderson took to Instagram to celebrate reaching “back-to-back semi-finals” and to heap praise on the “brilliant” travelling Kop:

Another great night – back-to-back semi-finals… now we get ready for Sunday ??? #jobdone #YNWA

Meanwhile, Gomez shared his delight over returning to action while Simon Mignolet lauded the team for their “near-perfect away performance”:

Onto the semi finals! Great team performance & nice to be back out there ? #UCL #YNWA

?A near perfect away performance, and the prize is a semi-final date with Barcelona! Great graft from the lads! #YNWA #TEAM ?????

Like many of their team-mates, Andy Robertson, Trent Alexander-Arnold and Fabinho had already shifted their focus to the next stage of the competition:

To the semifinals! Great night, lads. Come on! ???

The Reds’ victory on Wednesday stretched their winning streak to eight games across all competitions, their joint-longest run this season, and ensures they head into their clash with Cardiff brimming with confidence.