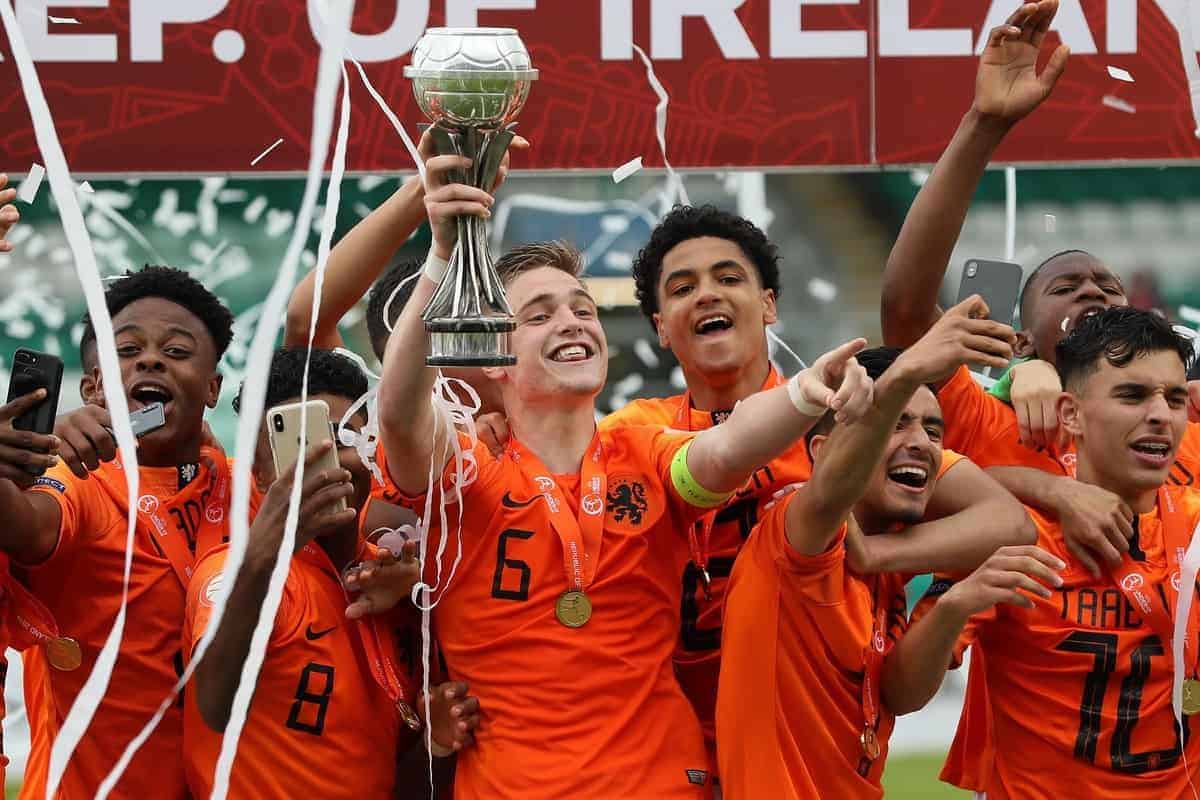 Ki-Jana Hoever played a focal role in the Netherlands’ 4-2 win over Italy on Sunday, with a superb free-kick helping his side to the U17 Euro title.

The Tallaght Stadium played host to the final of the annual youth international tournament, in a replay of the showpiece clash from 2018.

Hoever was not part of the Netherlands squad last year, but was a key part of Peter van der Veen’s squad in the Republic of Ireland, missing just one game on the way to the final.

The 17-year-old scored a fantastic goal in the 3-0 win over Belgium in the quarter-finals, and helped the Dutch keep three clean sheets in his four outings, conceding just two goals, prior to the final.

He started at centre-back again on Sunday, but his most decisive impact came in the attacking third, as he stood over a set-piece on 37 minutes with his side already 1-0 up.

Hoever struck the post from 25 yards, with Feyenoord’s Naoufal Bannis following up on the rebound to double the Netherlands’ lead.

Ian Maatsen added a third on the stroke of half-time, but Italy’s Lorenzo Colombo reduced the deficit soon after, only for Naci Unuvar to make it 4-1 with 20 minutes to play.

Colombo netted another in the closing stages, with Hoever substituted in injury time following late booking, leaving the teenager to watch on as his side sealed a second consecutive trophy.

It serves as an excellent end to the season for Hoever, who became the third-youngest player in Liverpool’s history in January when he came off the bench in the FA Cup defeat to Wolves.

Along with his impressive first-team debut, the youngster made 20 appearances across the youth groups in his first season on Merseyside, having joined from Ajax last summer.

Speaking to Voetbal International before the game, Hoever explained his plan to “hit the gym for a few years” as he sets his sights on a long-term role at Anfield.

“The direction the club and the manager are going into gives me a lot of confidence for the future,” he added.