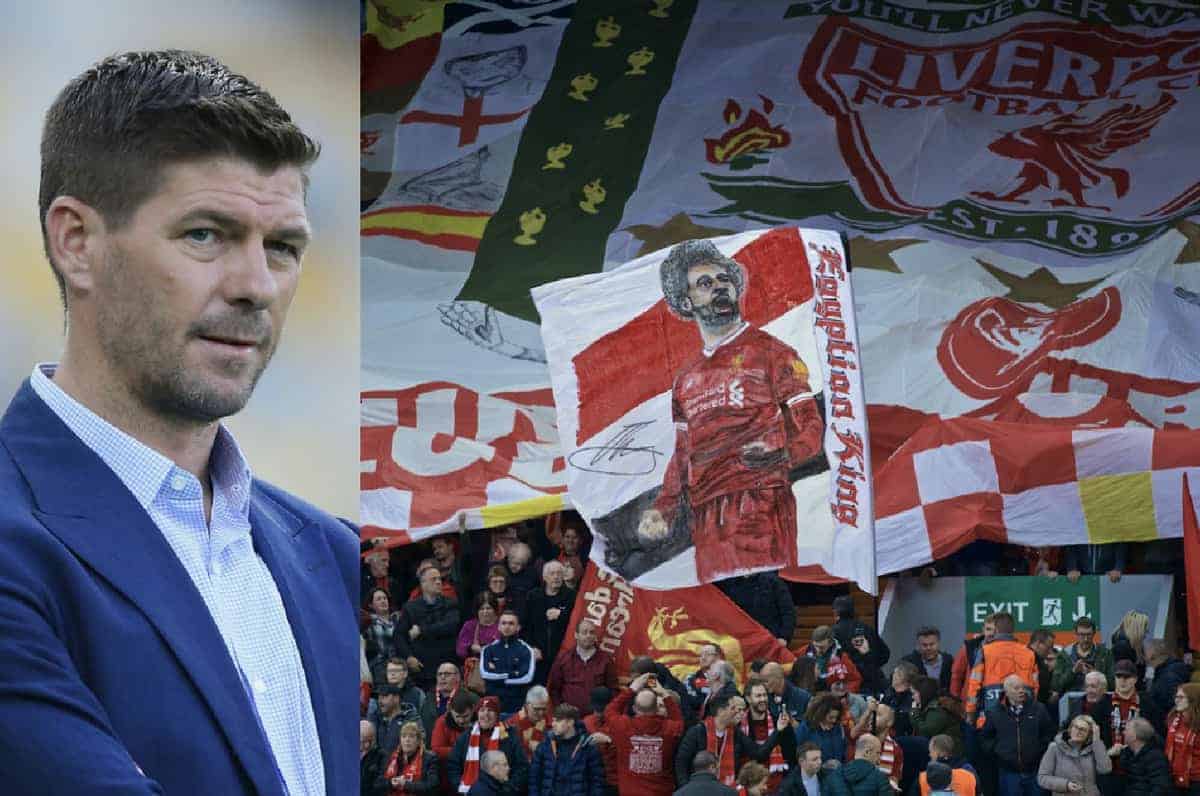 Steven Gerrard revealed he had to sneak out of Anfield as his nerves threatened to give way while Liverpool’s comeback kings mounted their stunning rescue act against Barcelona.

But the Rangers boss plans to soak up every minute as he looks to give the Ibrox faithful the same kind of thrill ride his old club experienced on Tuesday night.

Gerrard took daughter Lourdes back to his old stomping ground to watch Jurgen Klopp’s side recover a three-goal deficit as they swept into the Champions League final with a daring recovery.

But the tension-filled final stages as the Reds clung on to a 4-0 triumph was too much for the former Liverpool skipper to handle, so he made his excuses and left.

However, the game served as a reminder of the nights of passion the Gers manager has experienced already in his first year in charge in Glasgow and has now fired his desire to get Ibrox rocking again next season.

“My nerves the other night at Anfield were difficult to control,” confessed Liverpool’s 2005 Champions League-winning skipper.

“I had to leave before the end once it was 4-0. I had my seven-year-old daughter with me and I used that as an excuse to go, saying she had school the next day.

“But really it was more about my nerves—God knows what the players were going through. I don’t think I’d have been able to cope with seeing either Coutinho, Suarez or Messi break my heart.

“So I decided to beat the traffic and get out of there before it went wrong.

“It’s different being a manager in those circumstances because you prepare yourself for big games. You get yourself fired up.

“But as a fan, you go relaxed then all of a sudden a dream starts brewing and you think ‘wow’. On Tuesday when it went 1-0, I was thinking, ‘if we get one more this is game on’—then it came…

“But the longer it went, there was just too many quality players on the pitch so I had to get out.

“The emotion and the passion I saw at Anfield is very similar to what you get at Ibrox. 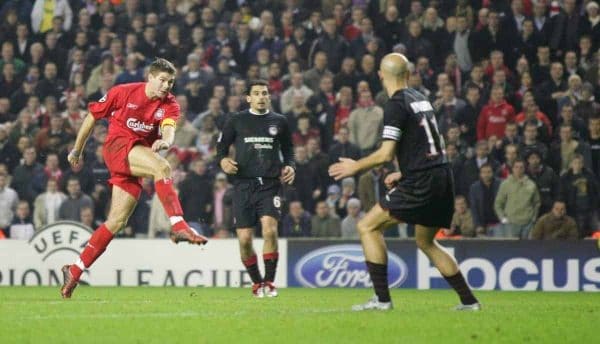 “As a fan and ex-player, Tuesday was probably the best atmosphere I’ve seen at Anfield. It took me back to Chelsea when we scored the Luis Garcia goal, to Olympiakos—the big games I experienced myself.

“It also took me back to the Old Firm atmosphere here in December, the last 15 minutes against Rapid Vienna here in the Europa League.

“I hope as manager of this club I experience more big nights like that as Ibrox, alongside Anfield, is a special arena for football and it’s mine and the players’ responsibility to give these fans some good times.

“Being at Anfield reminded me of how special it would be to give these fans some success.”

Gerrard’s team can give the Light Blues faithful one last cheer this season when they take on Celtic in Sunday’s final Old Firm derby.

And he hopes his players will be fuelled by what they witnessed this week as Tottenham joined his old side in the Madrid final with their own stunning fightback against Ajax.

“What a performance from Spurs too,” said Gerrard. “To see the reaction from Mauricio Pochettino shows what football means to everyone.

“I’ve had to swing back into Rangers mode quickly and my priority is to get this team ready for a big Old Firm at the weekend.

“But if players are looking for motivation and inspiration, then hopefully they watched those two games because it was absolutely brilliant.”