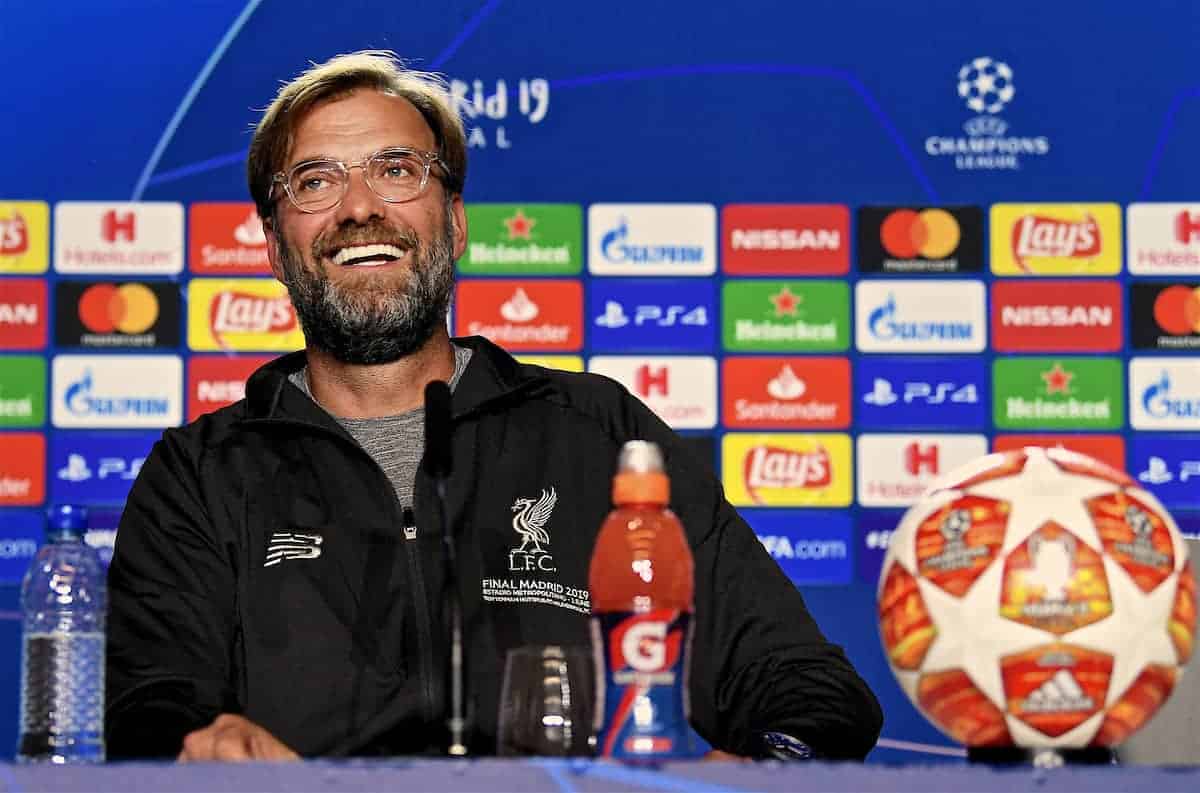 Jurgen Klopp addressed the world’s media ahead of the Champions League final and rejected any notion that prior events might shape the course of the game.

As ever, interest around the club game’s biggest fixture was enormous and the questions toward the Liverpool manager were wide-ranging.

There was, however, plenty of predictable focus on his—and the club’s—recent record in finals.

Liverpool lost the Champions League final to Real Madrid a year ago and have lost three in succession under Klopp, who himself has suffered defeat in his last six finals.

That won’t have any bearing on the game in Madrid, said the German, who instead suggested his ability to lead a team that far showed his was the right approach—and that the teams were good enough to win.

“We want to win with all we have. It didn’t happen in the past but for me I always took good things, took confidence.

“If I’m the reason for losing six finals in a row then everyone needs to worry…if that’s not the case we always have a chance!

“Every final is different: opposition, circumstances, everything.”

When asked if he would change anything about the format of the competition, Klopp did take the opportunity to have a trademark joke—at his own expense, this time!

“I love the Champions League. Just make the semi-finals the final and I’ll be a very happy man!” he smiled.

The boss also fielded questions on how it felt having the backing of his home country, the manner of both sides’ success in the semi-finals and his own happy demeanour.

On the latter point, his simple message should leave fans extremely optimistic ahead of the big game on Saturday.

“I feel lucky to sit here,” he said. “It’s a big club, we fell in love with each other and we will work together for more years.”