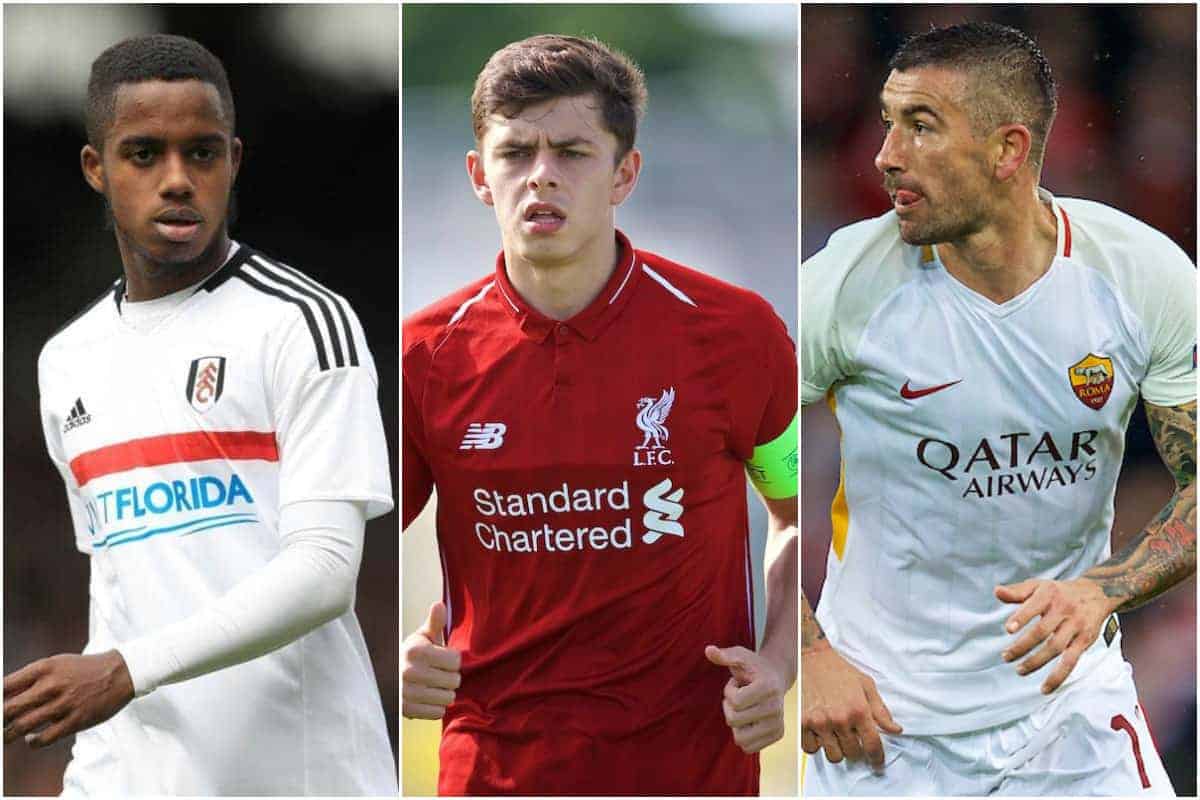 Alberto Moreno has departed Liverpool and leaves a void as back-up to Andy Robertson, a space in the squad which the Reds must fill this summer.

Moreno was infrequently called upon by Klopp over the course of 2018/19, making just five appearances all season.

Even so, he was a vital squad member: he was an unused sub on 21 occasions and that place needs filling, just as it would do if No. 2 goalkeeper Simon Mignolet were to leave as has been suggested for this summer.

With Robertson an immovable object in the first 11 at left-back, Liverpool have a couple of routes to consider: a young understudy; a much older and more experienced backup; a versatile player to cover another position as well; or genuine competition to push Robertson to maintain and improve his best level.

The latter would potentially be expensive, as high-quality, offensive-minded full-backs tend to be, making it an unlikely avenue for the Reds to pursue.

Even so, there are plenty of players who fill the other potential approaches which Klopp, Michael Edwards and Co. could be considering. 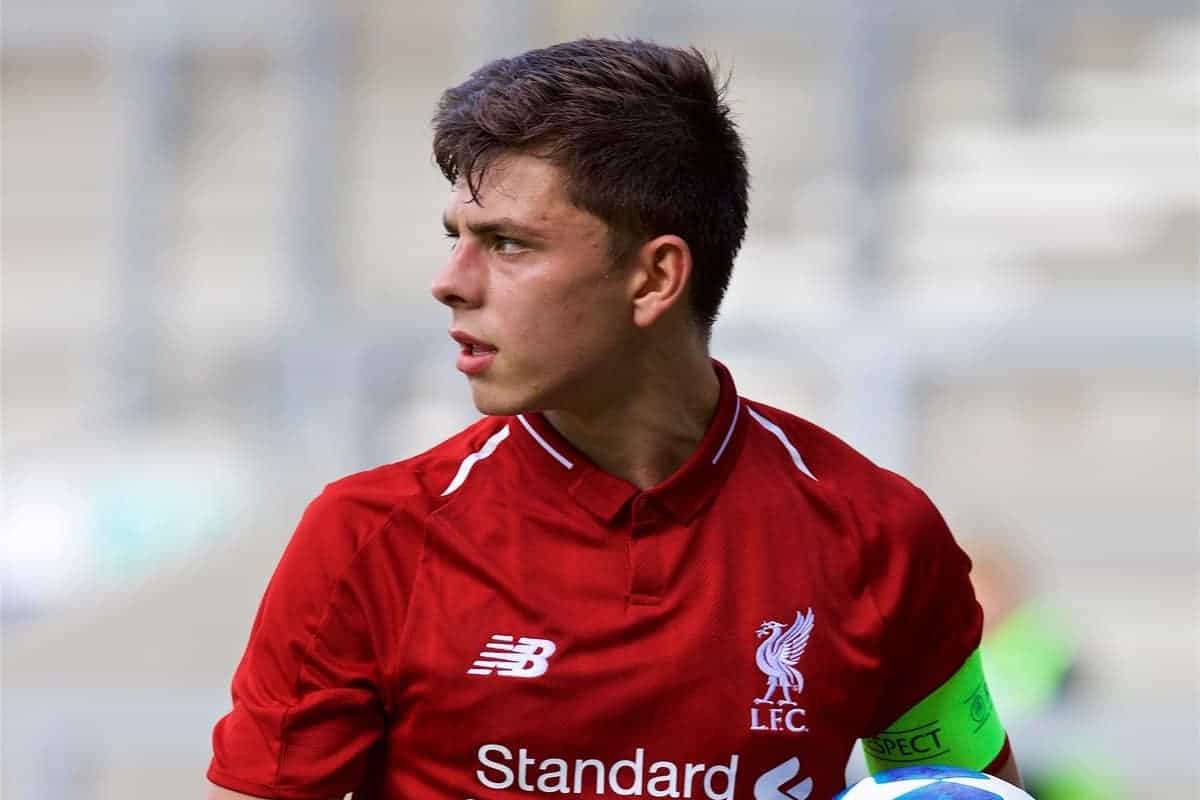 Starting closest to home, Adam Lewis is the U23 left-back of choice and promotion to the senior squad would be reward for another campaign of progress last year.

He’s yet to make his debut but has impressed at youth level and Klopp has shown he’s not shy about letting those step up who have earned the chance.

Positives: No cost and another home-grown player in the squad.

Negatives: Utterly untested and would be a risk to play regularly if Robertson got injured.

Probability: Could well get his chance from time to time, but still likely the Reds will add a senior option.

One way or another, fans can get a close-up view of the talents of Jamal Lewis at Anfield soon—he’s Norwich City’s first-choice left-back and will likely be up against Mo Salah on the opening day of the season.

Fast, skilful and extremely confident, he’s got huge amounts of talent and is already a senior international for Northern Ireland.

Positives: As a former 800-metre runner, has all the physical traits as well as the technical ones to push Andy Robbo.

Negatives: Inexperienced at top level and age makes him a barrier for Adam Lewis’ progression, too. 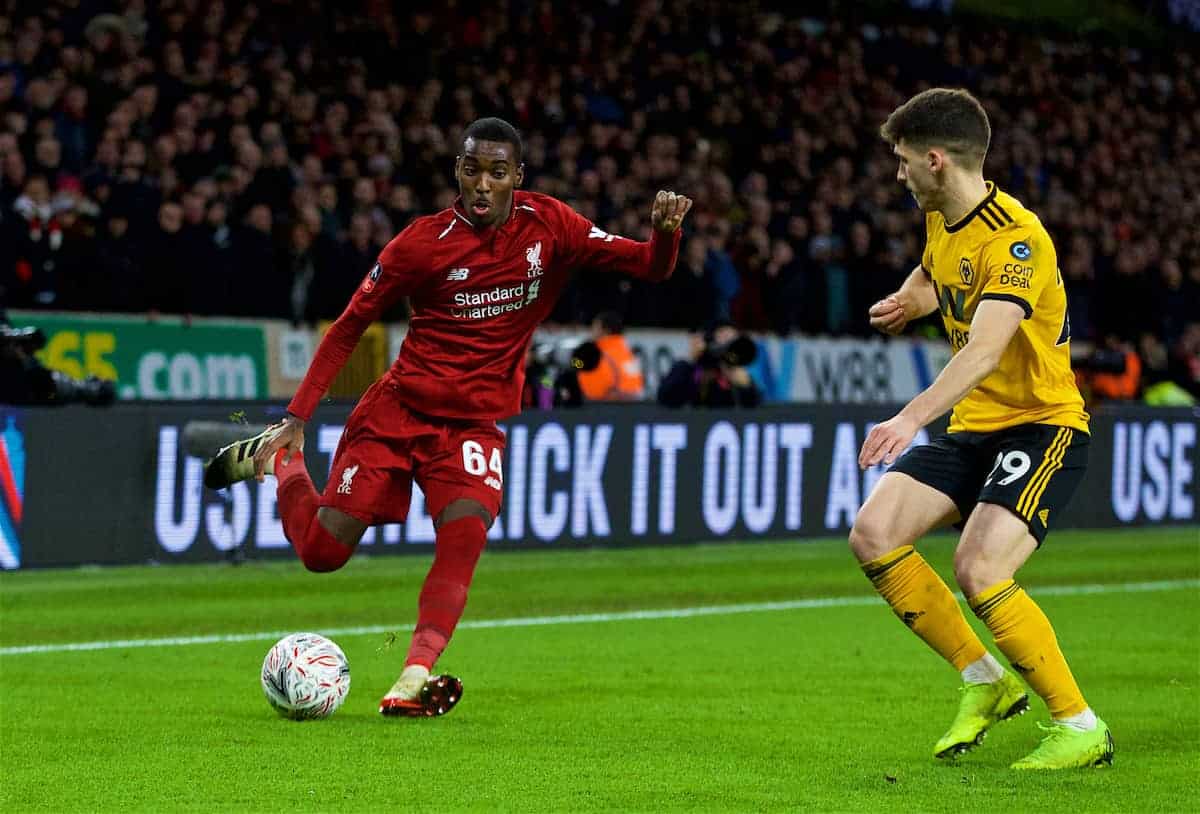 Wolves‘ back-up wing-back for the left side hasn’t yet had too many chances to shine in the Premier League but is highly regarded.

Portuguese media suggested the Reds were impressed by his performance in the FA Cup meeting between the teams last year.

Negatives: Similar concerns to bringing in Jamal Lewis, given he is 20 years of age and plays the one role.

Probability: Low. Lyon and Barcelona are already linked and we won’t want a bidding war for a backup.

One of the stars of Ajax as they won the Eredivisie and reached the Champions League semi-final.

Mazraoui can play either side of defence and has even featured in central midfield for them. He’s technically brilliant, very composed in possession and will be playing at the 2019 AFCON, if you want a closer look this summer.

Positives: On-the-ball ability, versatility, already playing at a high level and used to the demands of a team who wants to win.

Negatives: Not a natural left-sided player, so could lose out on the Robertson-style cross on the run without checking inside. Also, game time could be an issue.

Probability: Perhaps not sky high, as Ajax won’t want to lose too many players this summer, but he is an excellent player and the Reds have already been linked.

We all know about this one, right?! Long-linked with the Reds, Sessegnon was a star for Fulham in the Championship and struggled with their farcical approach to signings and team-building in the Premier League last season.

Played on the wing more than at full-back in the end, though his long-term position is certainly running from deep—but needs to show he can perform defensively against the best attacks.

Positives: Pace, skill, youth, goalscoring attributes and perhaps even the fact his stock has dropped somewhat from 12 months ago.

Probability: Probably not one we’ll revisit this summer, but don’t entirely rule out seeing him in red just yet.

If you’re not aware of him yet, check out Paraguay at this summer’s Copa America—he’s likely to be their starting left wing-back.

Positives: The aforementioned physical and technical attributes and the fact he’s likely ready to depart for Europe now, aged 21, with Copa Libertadores experience and a summer international tournament under his belt too.

Negatives: Work permit could be a sticking point depending on the fee and his positional sense in a back four is at times questionable at this point, too.

Probability: Low. Nothing linking us with him at this stage, though many European clubs have been scouting him. Would be worth buying just to loan out though and watch his value increase. 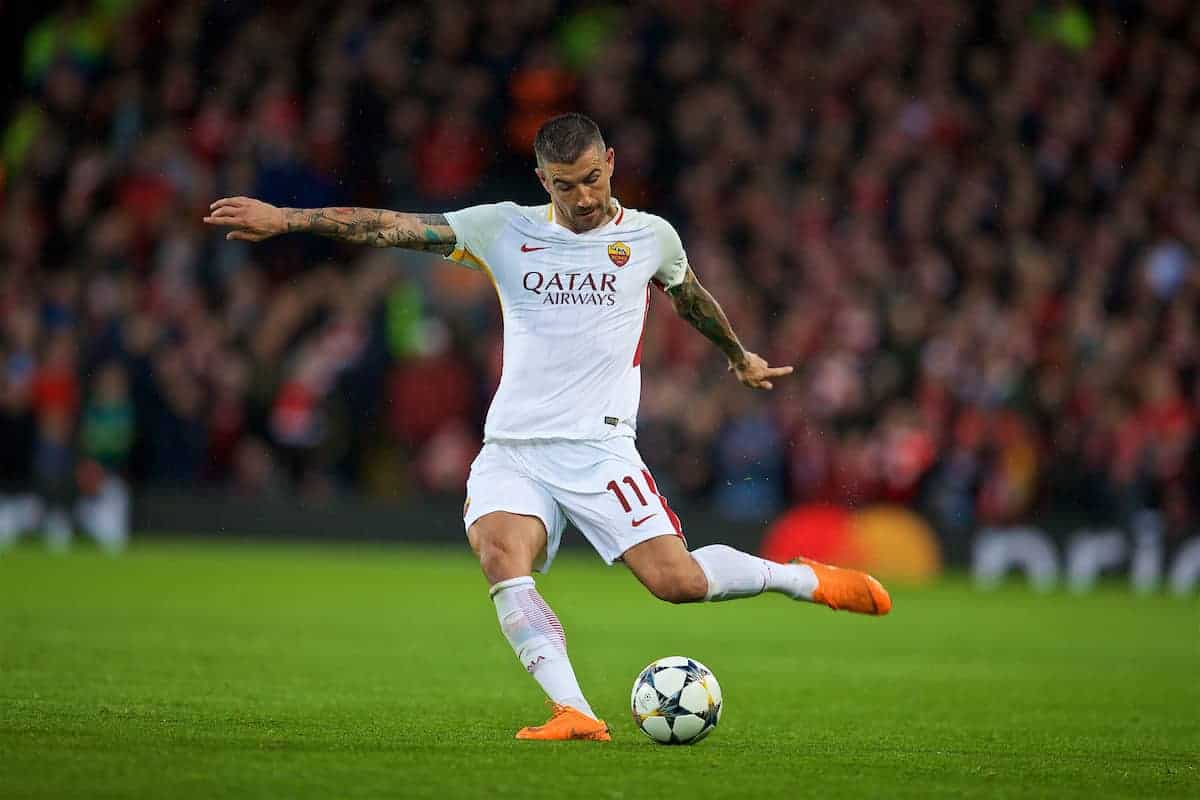 Now a 33-year-old veteran, Aleks Kolarov has one year left on his Roma contract, but might not be averse to a move after he was targeted by fans last season for the team’s poor displays.

A set-piece expert, great with his positional work, still with the stamina to get forward and experienced enough to know when to hold his place at the back, he’d give Liverpool a year of good cover for Robertson while Adam Lewis continues learning.

Negatives: Inter are already after him if they can work a free transfer with Roma.

Probability: If Klopp wants experienced cover, Kolarov would be a great option. A third transfer in three summers from Roma? You never know, the last two have worked well, after all!