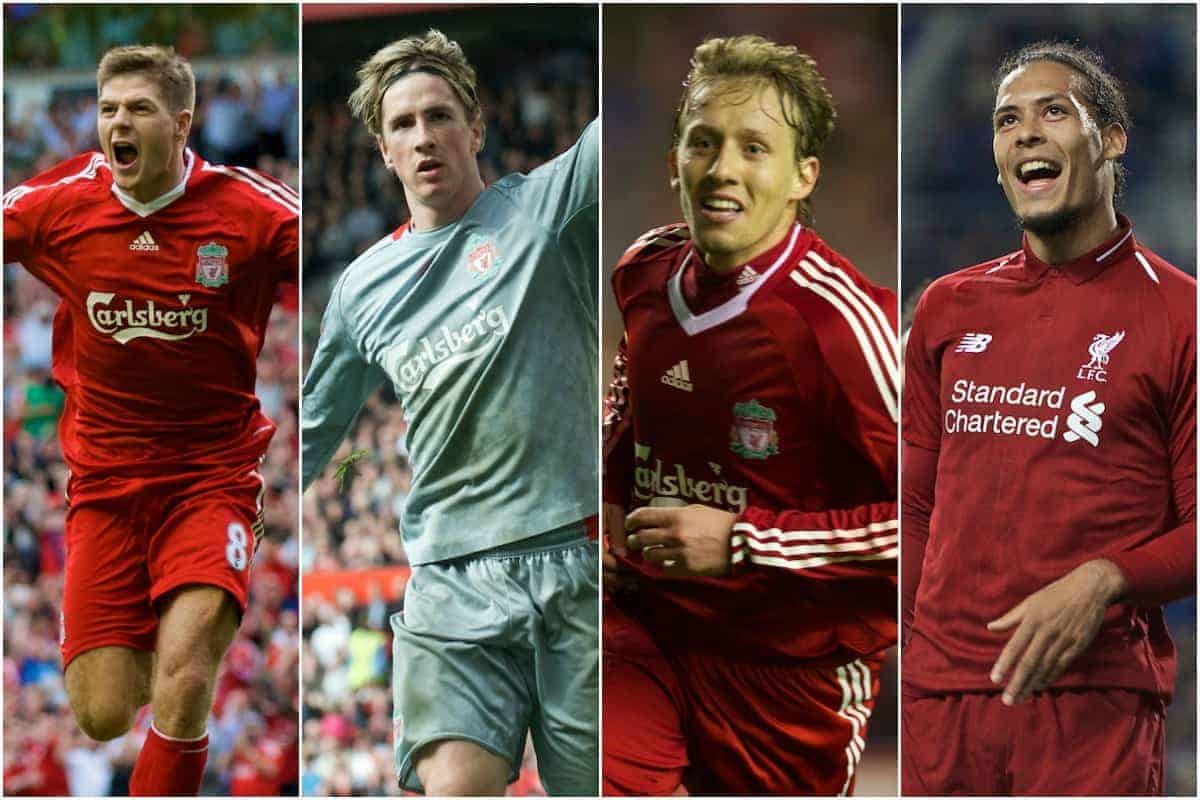 From Sami Hyypia to Virgil van Dijk, Liverpool have had a wealth of talent be crowned as the club’s Player of the Season over the last 18 seasons.

Throughout Liverpool’s illustrious 127-year history the club has borne witness to a star-studded list of players who have donned the red shirt across the country and in Europe.

Some players left you speechless as their ability defied all logic, while others earned admiration for their consistency, commitment or loyalty – the Reds have had it all.

Over the last 18 years Liverpool have seen various players rise to prominence with each turn of the tide; so much so that 13 different players have been crowned as Liverpool’s Player of the Year during that time.

Van Dijk was the latest Red to be handed the honour after an imperious 2018/19 season which saw him add a Champions League winners medal alongside his PFA Players’ Player of the Year and Premier League Player of the Season awards.

The Dutchman has proven indispensable to Jurgen Klopp’s side having been at the centre of the Reds’ exponential rise since his arrival at Anfield in January 2018, for a fee which now looks like daylight robbery.

The emphatic nature of his performances saw him end a six-season stranglehold on Liverpool’s annual award from those who ply their trade in the forward half.

The former, of course, remain an integral part of the Reds’ present-day success, and neither took long to settle into their new surroundings as their first full season on Merseyside was capped off in style.

From a wildcard signing to an irreplaceable member of the attacking trio, Mane’s first season return of 13 goals and eight assists quickly set the scene for what he had in store for the Liverpool faithful. 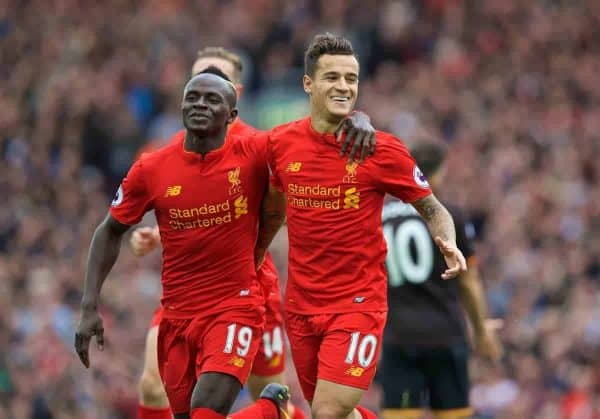 Meanwhile, Salah returned to the English top-flight like a man possessed as he broke records like nobody’s business in a campaign which reaped 44 goals and 16 assists in 52 appearances. A tally which rightly catapulted him into the discussion for the Ballon d’Or.

Interestingly, what separates their wins from Coutinho’s back-to-back triumph is that the duo were the standouts within a squad littered with talent, whereas the Brazilian was largely the undisputed star in the side.

Following Suarez’s departure in 2014, after a stunning 31-goal season which took Liverpool to the cusp of a league title, Coutinho shouldered much of the responsibility of being the man to make things happen.

He took the expectation in his stride having scored 20 goals and set up a further 13 across both the 2014/15 and 2015/16 seasons, but in large part Liverpool appeared to be a one-man team until Klopp took the reins.

And two different trajectories awaited both the player and the club. 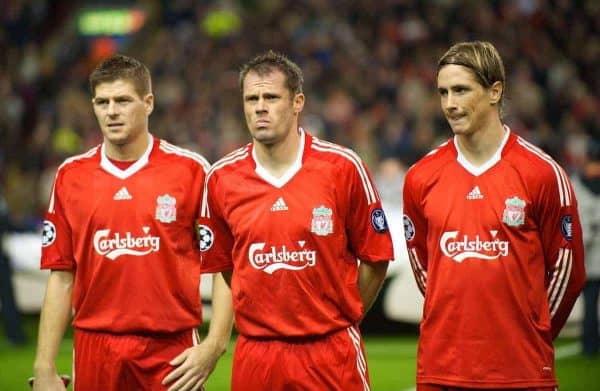 Winding back the years even further to the end of Gerrard Houllier’s time at Liverpool and the peak of Rafa Benitez’s reign saw a prolific trio dominate the award season.

Carragher was transformed into an elite centre-back under Benitez’s tutelage, while the former Liverpool captain’s quartet of awards came at a time when he was instrumental in the Reds’ European Cup and FA Cup triumph, and a regular in the PFA and UEFA’s Team of the Year.

The vision, the leadership and the inability to know when to stop, Gerrard ticked every box.

He was consistently dominant in midfield and his attacking instincts saw him create a prolific and telepathic partnership with Torres from the off.

The Spaniard could strike fear into any defensive line such was his breath-taking ability, and his instantaneous connection with Gerrard saw him hit the ground running at Anfield in emphatic fashion having netted 33 goals in 2007/08.

Two players who hit their prime together and established a magical partnership which ended all too soon, but is still revered at the club to this day. 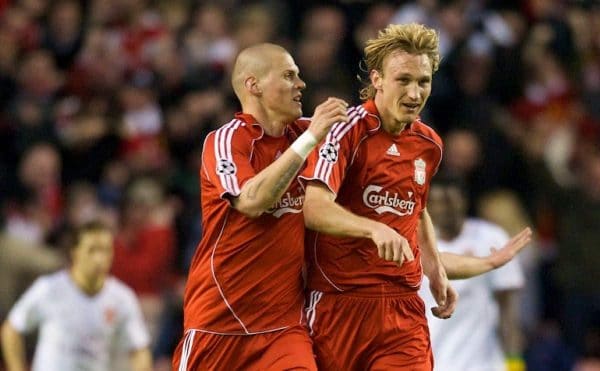 A number of other notable names to win the award included the likes of Pepe Reina, a reliable performer during what was a turbulent 2009/10 season marred by off-field drama with the owners, and Lucas Leiva who saw his remarkable consistency rewarded in season 2010/11.

The make up of the Reds’ list of winners over the last 18 years has seen a relatively even spread of contributors from across the pitch, as five defensive players, three midfielders and five attackers have all been bestowed with the honour.

Liverpool Player of the Year Winners