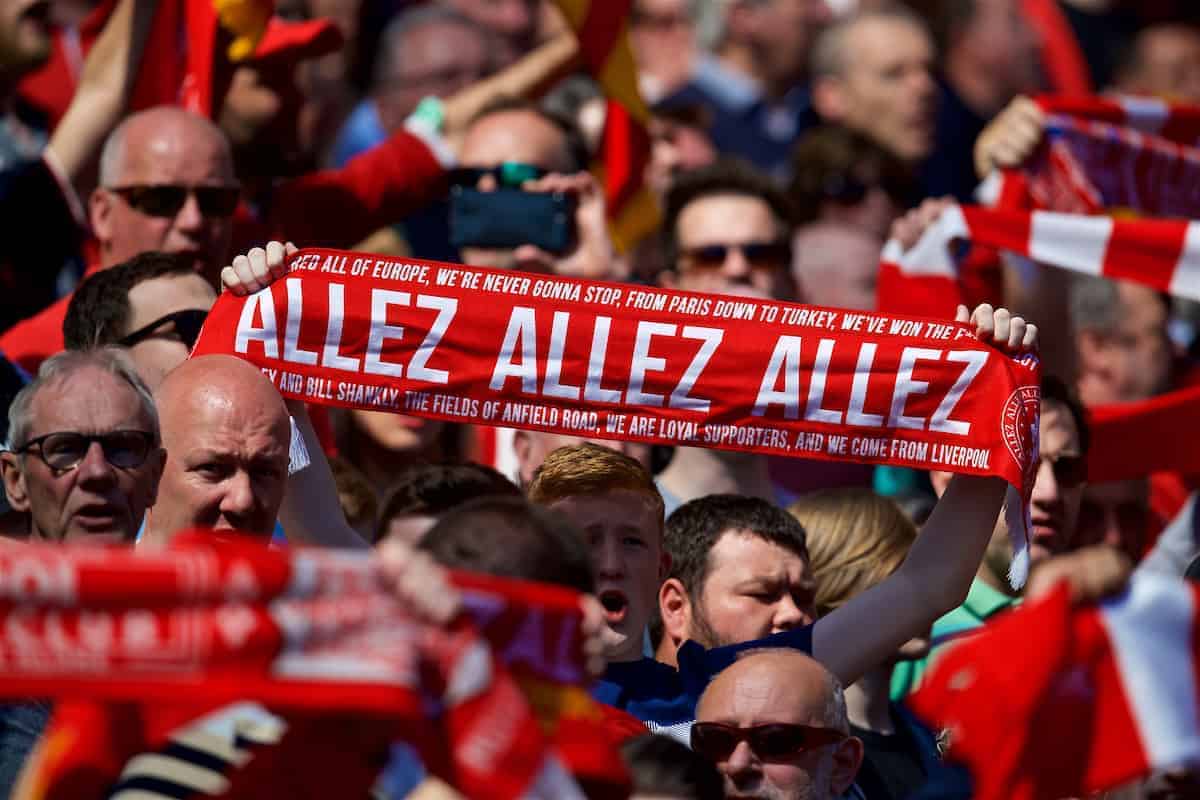 The release of the 2019/20 Premier League fixture list was met with an outpouring of mixed reactions from Liverpool fans.

While the euphoria of Liverpool’s Champions League triumph is no doubt still pumping through the veins, attention has already started to turn the new season.

The Premier League have announced the new fixture list for the 2019/20 season, where the Reds will be looking to go one better than last term after finishing an agonising point adrift of the top spot.

Jurgen Klopp’s men will kickstart their season on the opening night at home to newly promoted Norwich (Friday, August 9), before making the journey to Southampton the following week (August 17).

As always, eyes were immediately drawn to the first meeting with Man United which will be at Old Trafford on October 19, and Everton will make the short journey to Anfield on December 4.

Meanwhile, clashes with defending champions Man City will come on November 9 (H) and April 4 (A).

It is important to note, as ever, that fixture dates are subject to change.

Here’s how fans on social media and the This Is Anfield forums reacted to Liverpool’s schedule for the 2019/20 season.

There was optimism from fans over Liverpool’s opening fixtures, which all starts with some Friday night football…

The Friday night start is a belter.

Not bad that. Could be worse. I'll take it. https://t.co/Ao8thFRohI

Just critically analysed the Fixture List game by game and added up our finishing points tally. The Champions of Europe will finish on 114 points. #LFC

The opening handful of games makes good reading for Liverpool, and it’ll be nice to kick off the season on a Friday night.

“I hope Liverpool can continue their unbeaten run in the 2019/20 season, but with more wins and fewer draws. Come on the reds, you can win the League! YNWA”

First game v Norwich… could we get Suarez back on loan just for that game? ?

Can we Suarez on loan just for the Norwich game?

So let me get this straight. We can buy Suarez before our window closes on the 8th, field him against Norwich to score a hat trick, then send him back to Barca cause their transfer window is still open. Don't think he'd mind tbh.

Just looked at our May fixtures. If we want to challenge again, we have to overcome the tasks there.

Not ideal but could be worse?

Arsenal, Chelsea and Newcastle to end the season is definitely not for the faint of heart that's for sure haha

Liverpool's run-in is almost Shakesperian in its potential to crush my spirits once and for all. #PremierLeagueFixtures

8 games in our worst couple of months. How we adapt to jan Feb will decide

“Very happy with our Christmas schedule but what a run-in! Tough.”