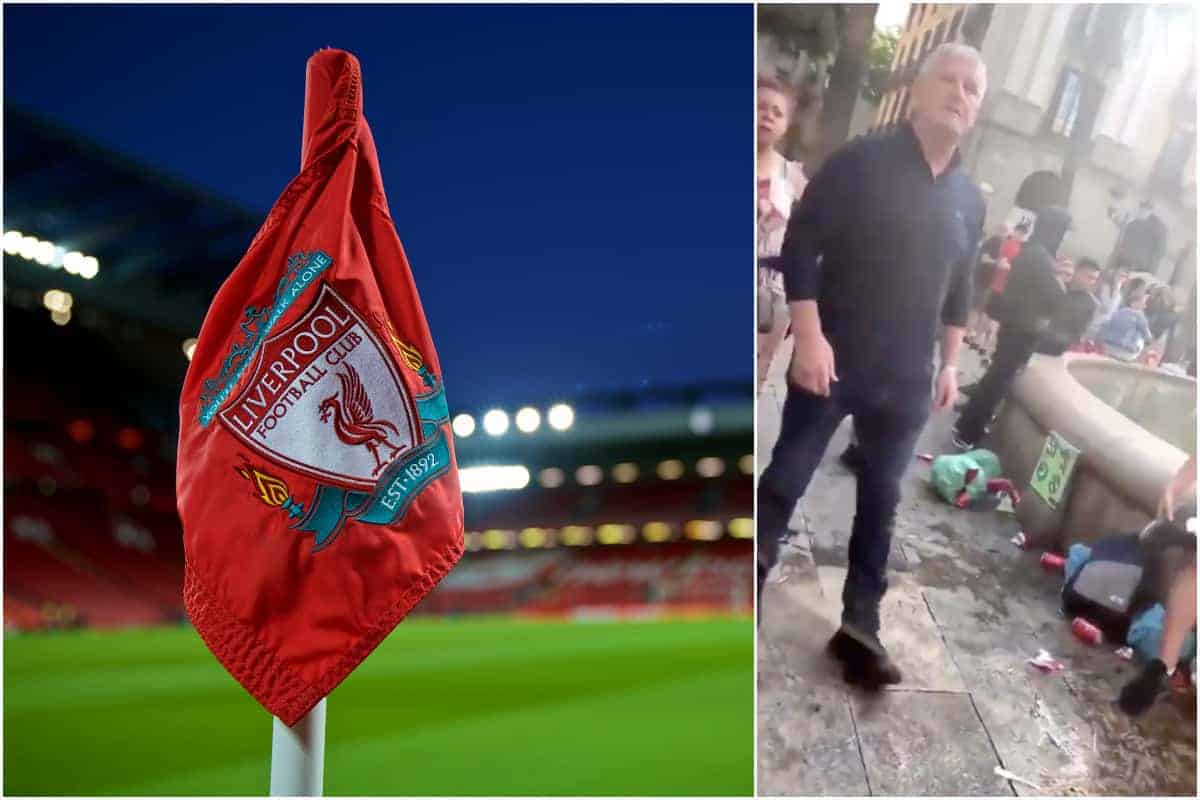 A Liverpool man has been issued with a three-year football banning order following two incidents in May.

Merseyside Police confirmed 57-year-old Anthony Mullen, from Aigburth, appeared at South Sefton Magistrates Court in Bootle on Wednesday where the sanction was imposed.

It relates to two incidents, the first a high-profile one when videos emerged on social media of a Liverpool fan pushing a local man into a fountain ahead of the Champions League semi-final first leg in Barcelona.

Police also investigated an incident where the fan was reported to have pulled down the trousers of a steward near Anfield on the final day of the season at home to Wolves.

“These were shocking incidents during which two innocent men were targeted and humiliated by Mullen,” said Superintendent Paul White.

“The vast majority of Liverpool fans travelled to Barcelona and behaved appropriately and respectfully, however the behaviour shown by Mullen is unacceptable and will not be tolerated, whether it be at home or away games.

Police are investigating after a Liverpool fan appears to push a man into a fountain in Barcelona.

Following several disturbances in the city, Liverpool’s CEO has called for fans to act with “humility and grace” ahead of their game against Barcelona. pic.twitter.com/i1XB98lvyU

“We work closely with Liverpool FC and all our football teams and pride ourselves on being an inclusive city that is passionate about football, and would like to remind anyone thinking about engaging in this type of behaviour that we will pursue such incidents and bring offenders to justice.

“We do not want the mindless acts of a few to adversely affect the enjoyment of other fans and members of the public.

“I would like to thank the members of the public, including Liverpool fans, who helped us to identify Mullen and would also encourage any members of the community with information on such incidents to speak with officers or stewards at the ground, or to call 101.

“Anyone with information who does not wish to speak with us directly can call Crimestoppers anonymously on 0800 555 111.”