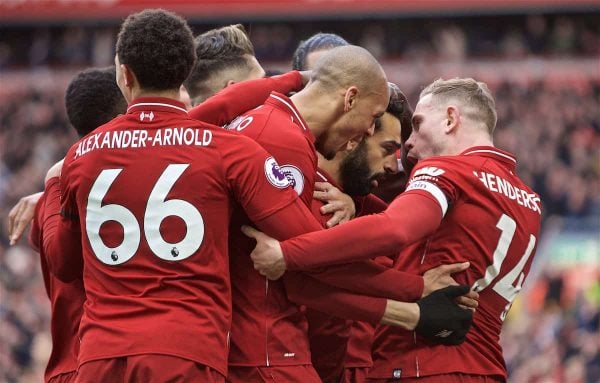 Liverpool have agreed a new long-term partnership with EA Sports ahead of the release of FIFA 20, to “bring our fans around the world closer to the club.”

The Reds previously had a contract with Konami to be one of the faces of the PES franchise, but this expired at the end of June as the company signed a deal with Man United.

Now, the club have confirmed that they will be partnering with EA Sports for “the next few years,” as they aim to increase engagement with the worldwide fanbase.

This should see improved features for the Liverpool squad within the new FIFA 20 video game, which is due for release on September 27.

One of these is pictured below, with a spectacular rendering of Anfield one of the key visuals for the latest instalment of the FIFA series:

“Both on and off the pitch, we’re always looking for new ways to bring our fans around the world closer to the club that they love,” Hogan said.

“Our partnership with EA SPORTS will enable us to give our supporters even more opportunities to engage with Liverpool FC through the innovative and exciting world of gaming.

“We look forward to working together over the next few years.”

Liverpool’s status as champions of Europe has certainly made them an attractive prospect both for players and businesses alike.

It could be that the presence of Peter Moore as chief executive officer may have had a hand in this deal, as the 64-year-old previously worked as EA Sports president and later CCO, before leaving for Liverpool in 2017.

EA SPORTS FIFA 20 is available to pre-order now on PS4, Xbox One and PC ahead of the game’s worldwide release on September 27.