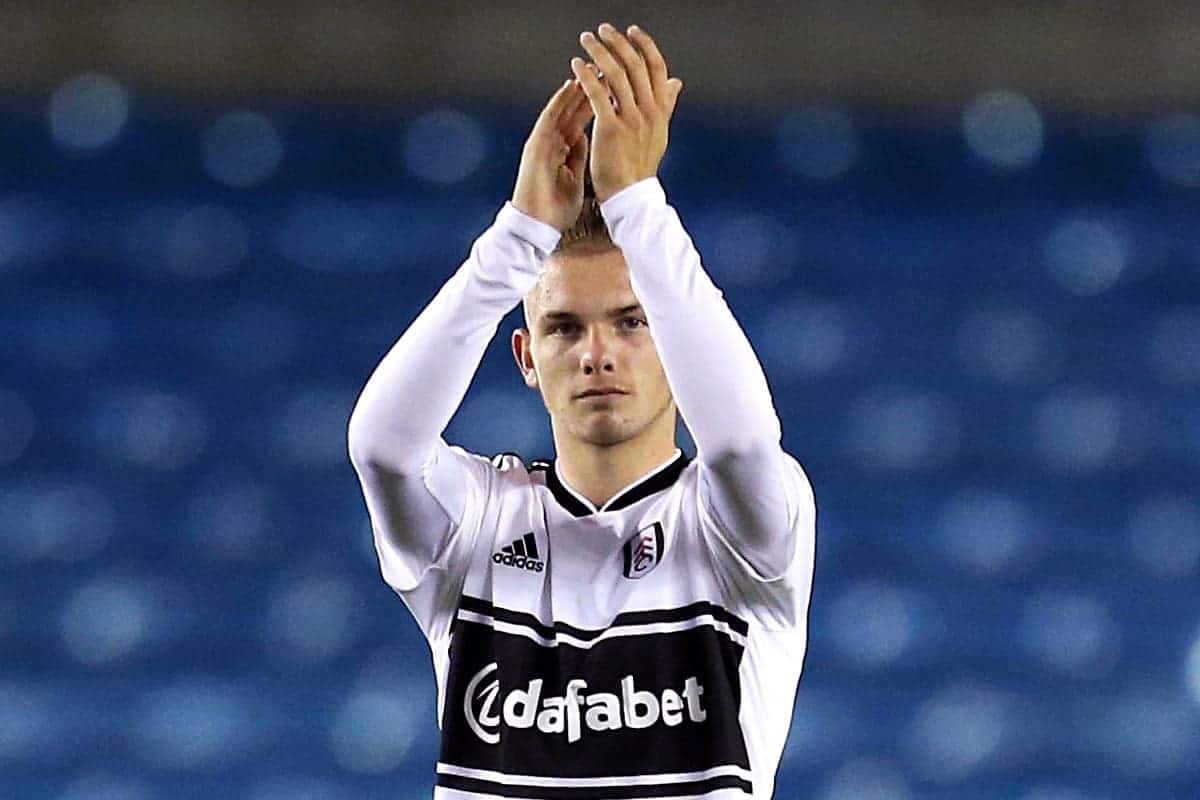 Record-breaking teenager Harvey Elliott is set to swap Fulham for Liverpool this summer, and his character on and off the pitch could be perfect for Jurgen Klopp.

The one word that sticks out in the swathes of praise for Elliott in the months on from his breakthrough at Craven Cottage is ‘arrogant’.

“He is arrogant in a positive way,” then-Fulham manager Slavisa Jokanovic said after the teenager made his debut in the League Cup last September.

Then just 15, Elliott became the youngest player to ever feature for the Cottagers, but his confident exchanges with Jokanovic were of a mature talent, assured of his ability.

“This kid shows the personality. He says, ‘I want to show you I am a very good player’,” the Serbian recalled.

Arrogance certainly isn’t a positive trait in most senses, but lost in translation it resembles more belief in this case, and Elliott clearly ensured this was mutual.

Jokanovic had just thrown the schoolboy in at the deep end, replacing Floyd Ayite 81 minutes into a clash with Millwall at the New Den.

“A quality player and a special kid” 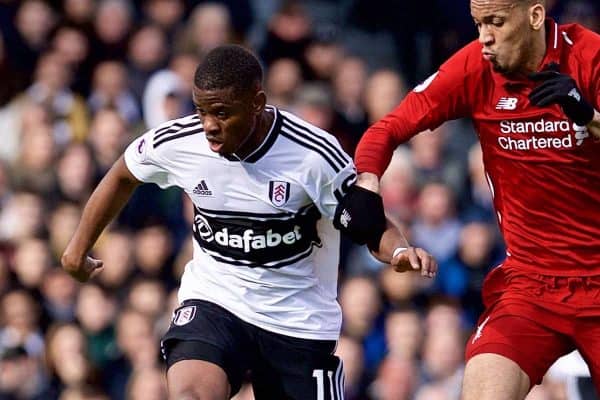 “He’s special. A quality player and a special kid.

“He’s quiet. He’s had to learn quick and I think his future is going to be bright.

“He was looking around the [dressing] room and the pitch, learning from us.

“He has a good mentality and is going to go far.”

Though Fulham were already 3-1 win up and cruising, the hostility of the Bermondsey ground heightened the pressure on Elliott, who earlier that day was taking his exams.

The following morning, he was back at Coombe Boys’ School, a secondary school in Kingston upon Thames which counts Ryan and Steven Sessegnon as alumni, and this juxtaposition underpins the attacking midfielder’s character.

Klopp has used the word ‘arrogance’ before on a number of occasions, and like Jokanovic it is intended purely in a footballing sense.

Last summer, as Daniel Sturridge reclaimed his mojo during an impressive pre-season that would set the tone for an important bit-part role in his final campaign on Merseyside, Klopp hailed his “natural arrogance.”

“[He] has this kind of natural arrogance that you need on the pitch, so you don’t always start anew if something doesn’t work,” the manager said. 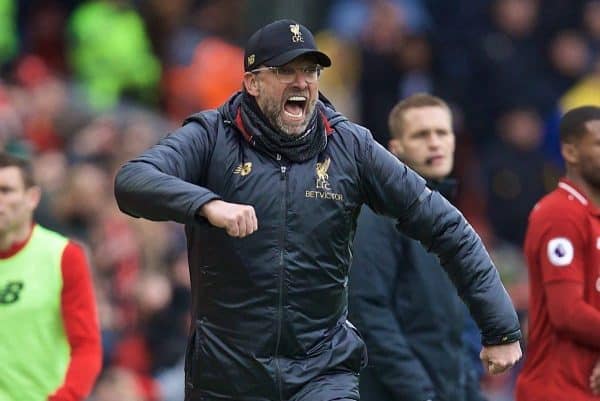 “That you are [not] out of the game for 10 minutes or, even worse, not involved for the full game.”

Elliott has played just three times at senior level, amounting to just 27 minutes—breaking another record to become the Premier League‘s youngest-ever player in May—but he certainly didn’t drift through that short spell.

Already attracting interest from the likes of Barcelona, Chelsea and Man City prior to his debut, the youngster was brought into training with Jokanovic clear he still had a lot to prove before he would be trusted with a place in the side.

He described Elliott as a “great project of the football” after Fulham‘s mid-season training camp in Spain last September, but less than two weeks on he had pitched him into the New Den cauldron.

There is precedent, of course, with the southwest London club renowned for their faith in youth, and Ryan Sessegnon a shining example.

Jokanovic compared the left-back with his latest ‘project’, saying they have a “similar personality,” as “both players trust in themselves.”

A fleet-footed, versatile attacking midfielder so far at his best on the right flank, Elliott is predominantly left-footed which gives his approach an unpredictability.

He is eager to play with his head up, and possesses a view of the pitch which belies his young years, able to carry the ball and showcase his technical quality with ease.

Elliott is able to thread deft passes through the opposition defence, as seen with his assist for Elijah Adebayo in the Fulham under-23s’ 3-1 win at Man United in January:

Often at his best working off the shoulder of the defence, he also displayed his intelligent movement with a ghosting run and finish—coming inside from the left, as opposed to his natural right-wing position—against Reading in February:

And he showed his taste for the audacious with a brilliant swivelling volley against Birmingham in October:

Harvey Elliott's volley is a contender for our October GOTM award! ?

Elliott scored five goals and laid on four assists in 17 league games for the Fulham under-23s and under-18s last season, directly contributing at a similar rate to Curtis Jones at Liverpool, who scored seven and assisted five in 21.

Now a regular with the England under-17s, Elliott received his first call-up after his bow in the League Cup, and is now likely to rise through the ranks swiftly. 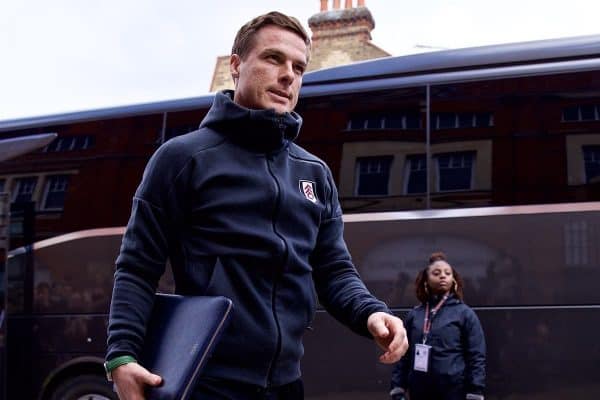 Jokanovic is certainly not his only vocal admirer, and that Elliott was able to also impress his successor, Scott Parker, is testament to his potential.

“If I feel the time is right or I need Harvey, what he can bring to the match, I have no qualms about putting him straight in,” Parker said in April, after naming in the matchday squad for wins over Everton and Cardiff.

“But it won’t be putting Harvey in because of a sentimental thing, it will be putting him in because he deserves to go in and we need him to go in because he can show his quality and give us something we have not got at that moment in time.”

Elliott spent another Premier League game as an unused substitute before he was sent on in the closing stages of a 1-0 loss to Wolves, operating in a central role.

He picked that up again on the final day of the season, playing the last 16 minutes of a 4-0 defeat to Newcastle with Fulham‘s relegation long confirmed. 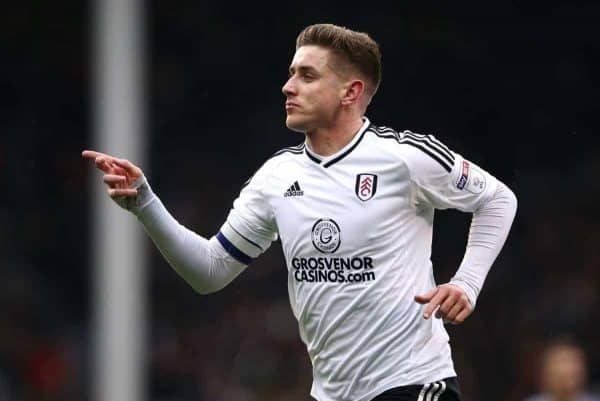 “He’s been sensation since he joined in training a few months ago. We see him maybe twice a week.

“He doesn’t look out of place and does some bits of magic that everyone says ‘wow.’

“His attitude and his belief in himself at such a young age is frightening.

“He’s a tricky winger who plays in the hole. He’s got a great football brain, an eye for goal and is a very entertaining player.

“Hopefully he will have a long and successful career.”

That environment may have provided the opportunity for Parker to field Elliott, and it will remain a mystery whether he would have been utilised were the Cottagers still battling the drop.

But the indication is that, if the opportunity arose, that would have been the case, with the teenager thoroughly impressing in training.

“Harvey has played all his career with kids his own age and now is probably the first time he is playing against men,” Parker explained of his “special talent.”

“Often you find that transition is very difficult for young players but with him you wouldn’t know.

“And that’s probably the sign of a top player or someone who has the ability to be a top player because the transition he has made has been very smooth.

“Three weeks ago when we put him in I’m waiting for the day to think ‘we need to take him out today’ but the boy has just taken it with ease.”

Unfortunately for Fulham, the decision to take him out for the long term was not in their hands, as Elliott opted not to sign a scholarship with the club, paving the way for a move to Liverpool.

The Reds are set to pay a substantial compensation fee as they acquire another top young talent to follow goalkeeper Jakub Ojrzynski and centre-back Sepp van den Berg in an understated summer so far.

But the club’s outstanding recruitment record suggests this will pay off, and as with Van den Berg it is likely Elliott will be given opportunities sooner rather than later.

He may not be the proven cover for the likes of Sadio Mane and Mohamed Salah that many are hoping for, but he is a sign of Liverpool establishing their next generation, with Klopp largely content with his current crop.

For Elliott, it will no doubt be a dream move: the attacking midfielder is a boyhood Red, and was at Anfield for the 0-0 draw with Bayern Munich in February.

Now, he could be called to Melwood to once again back up his ‘arrogance’ on the training pitch.

If he does, he can join a hugely impressive young group including Van den Berg (17), Jones (18), Ki-Jana Hoever (17) and Rhian Brewster (19) who could be further cementing Liverpool’s future after winning the European Cup.