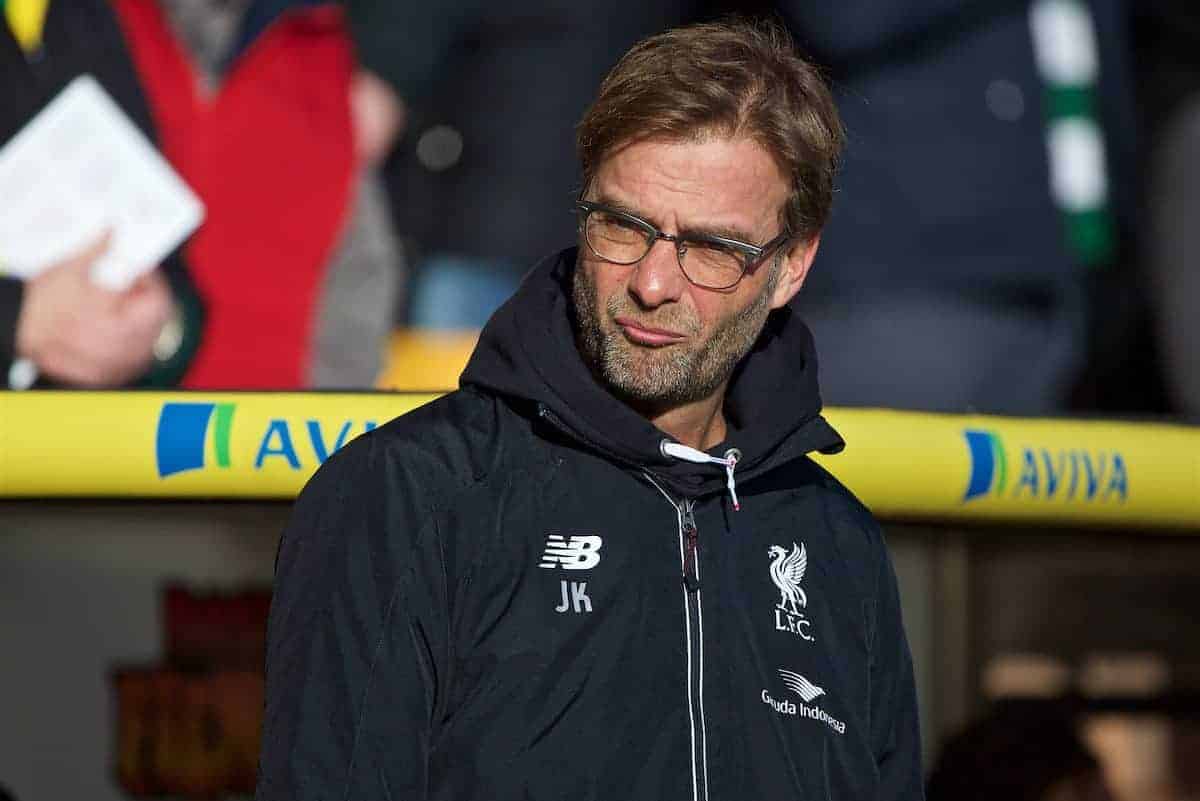 Liverpool manager Jurgen Klopp wants his team to stay “angry and greedy” as they bid to go one better than last season and lift the Premier League trophy.

Klopp’s side ended last season as European champions but the goal this time around has to be ending a 30-year wait for a top-flight title after falling just one point short of Manchester City in a tense battle.

While his players tasted success in Madrid in June, Klopp wants no let up in their attitude as they look to build on a season in which they lost only one league game.

“What’s very important is that as the team that won the Champions League last year, we have to stay the team that nobody wants to play against.

“Not because of the name or the quality but the intensity. That’s what I will ask the boys for and that’s what we have to show tomorrow night.”

An opening-night fixture against newly-promoted Norwich will mean plenty of familiar faces at Anfield for Klopp.

Canaries boss Daniel Farke moved to Carrow Road from Borussia Dortmund’s reserve team in 2017, and has imported a number of players from Klopp’s old club.

“I don’t think I’ve faced a Premier League side before where I’ve worked with so many of the players,” he said. “When they were really young, of course.”

Liverpool are of course overwhelming favourites on home turf, but Klopp admitted strange things can happen at the start of a new season.

“They were really special for a Championship team last year with the way they played. There was a clear structure, a clear plan. There was little coincidence in the game because everything looked properly planned out so they have all my respect.

“In these kinds of fixtures, with all the stories around them, they are always the banana skins. They are made for something like that. 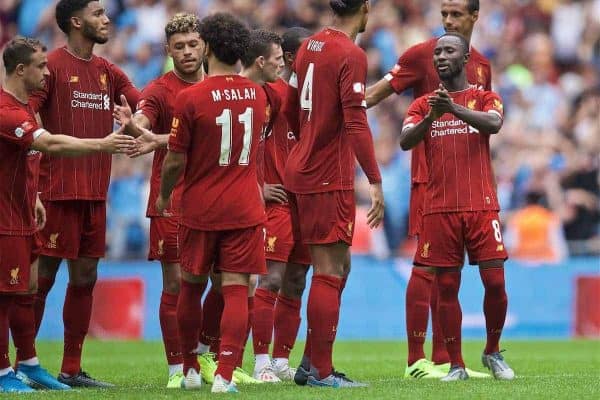 Liverpool last weekend lost the Community Shield to Manchester City on penalties, but were without Sadio Mane after his late return from a busy summer.

The Senegal forward is fit and available for Friday’s match, if not a guaranteed starter.

“He only had two weeks off so he didn’t lose a lot, that’s the good news,” Klopp said.

“Yesterday was his first session with the team and he looks absolutely OK and in good spirits and looking forward to it. He’s an option so we will see.”

Liverpool have had a quiet summer in the transfer market, bringing in youngsters Sepp Van Den Berg and Harvey Elliott as well as reserve goalkeeper Adrian, while preferring to focus on the boost provided by the return from injury of Alex Oxlade-Chamberlain and Adam Lallana.

Klopp declined to say if the Reds have been offered their former midfielder Philippe Coutinho as the Barcelona man was linked with Arsenal and Tottenham, but said he was happy with his squad.

“Our transfer window was about checking options and thinking about it and then making decisions,” he said.

“That’s how we always do it. And if nothing happens then the decision was that it was not the right option for us. We will not make signings just to sign somebody because that makes no sense.”