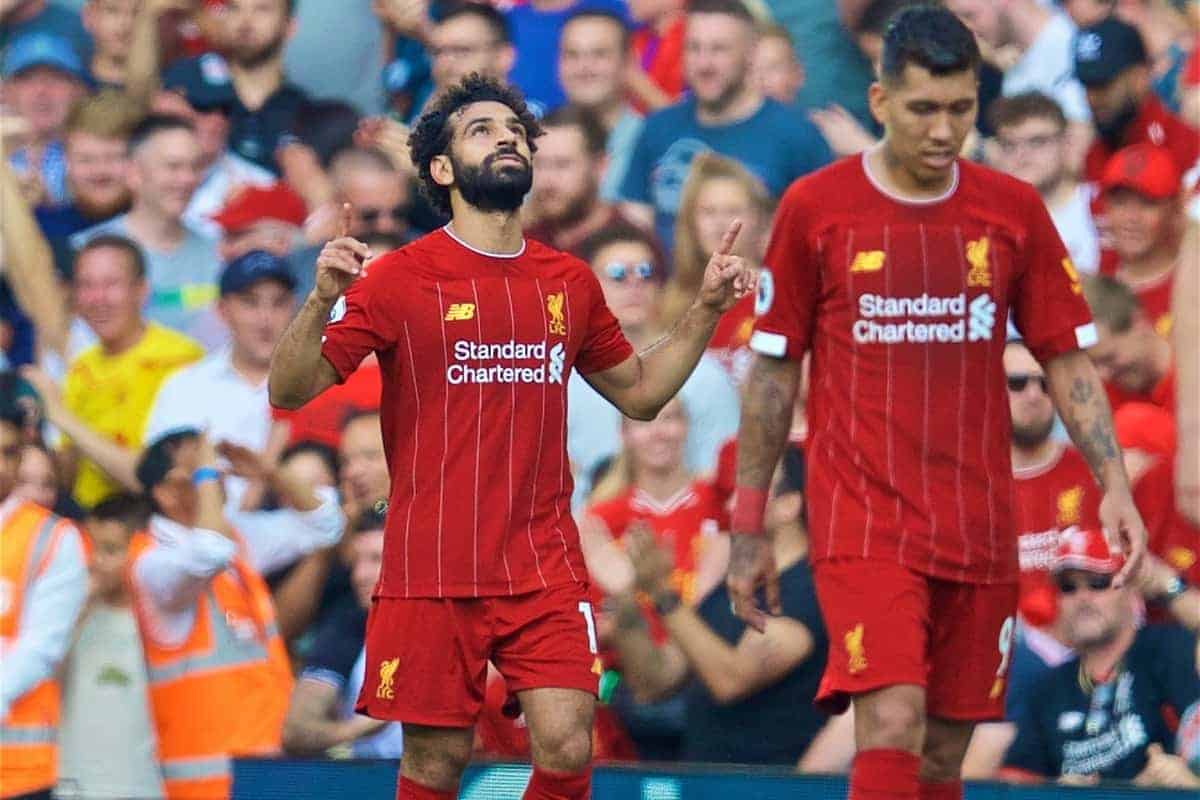 Liverpool’s 3-1 win over Arsenal saw numerous Reds players shine, but an unsung hero and one of the famous front-three really stood out.

Matches between two of the country’s biggest sides are rarely dull and Saturday’s clash at Anfield was no different.

Joel Matip deservedly headed Jurgen Klopp‘s side in front shortly before the half-time whistle, although the visitors had threatened sporadically.

Mohamed Salah then took the game away from Arsenal in a stunning early-second-half burst, firing home a penalty before scoring a wonderful individual effort.

The win takes the Reds top of the Premier League after the three matches – they are now the only team with maximum points. 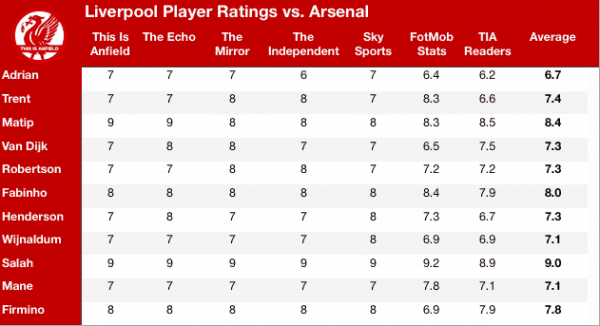 The overall star man was Salah (9.0), who eased to the highest average rating of the evening.

The Egyptian was a threat to Arsenal‘s defence throughout, as he again outlined why he is one of the world’s best players.

This is Anfield’s James Nalton highlighted Salah’s “scintillating solo effort”, in an early contender for Liverpool’s Goal of the Season.

David Maddock of the Mirror felt the 27-year-old “tormented” the Gunners, with the gulf in class between the two teams increasingly evident as the minutes passed.

Enjoying a rare moment in the sun was Matip (8.4), who was the Reds’ second-highest-rated player, as his excellent form continues. 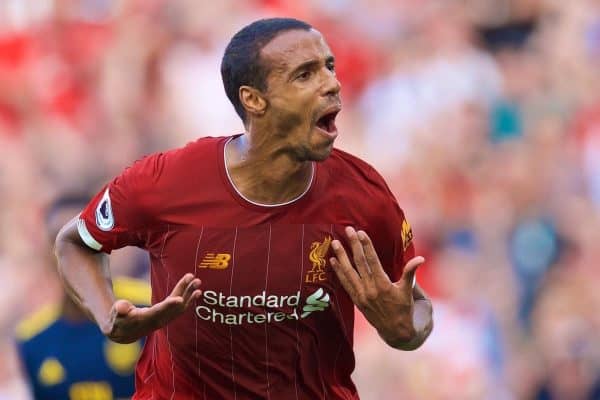 Sky Sports‘ Gerard Brand thought the Cameroonian was “a menace for Arsenal in both boxes”, pointing out that he “won every single one of his duels”.

Finishing off the top-three was Fabinho (8.0), who subtly displayed why he is maturing into a world-class defensive midfielder.

Nalton felt he was a “great option” in Liverpool’s build-up play, as well as contributing further up the pitch with some “incisive forward passing”.

The Reds’ lowest-rated players were Gini Wijnaldum (7.1) and Sadio Mane (7.1), both of whom played well, summing up the hosts’ dominance.

Next up for Klopp’s men is a trip to Burnley next Saturday (5.30pm BST), as they look for a 13th straight league victory, which would be an all-time club record.