Two more star showings from Liverpool’s front three and a promising midfield display caught the eye at Southampton, as the Reds picked up a crucial 2-1 win.

Supporters weren’t expecting anything too pretty from Jurgen Klopp‘s side at St Mary’s, having played into the early hours of Thursday morning in the UEFA Super Cup.

The first-half display was that of a jaded group, but Sadio Mane‘s stunner gave Liverpool the lead on the stroke of half-time.

The Reds dominated their opponents after the break and Roberto Firmino‘s precise finished looked to have killed the game completely.

Adrian‘s howler allowed former Liverpool man Danny Ings to get a goal back for Saints, however, but the visitors held on to seal the victory.

Here we compare our player ratings with those from the Liverpool Echo, the Mirror, the Daily Express, Anfield Index, The Redmen TV, FotMob and the TIA readers.

Cruising to victory in the average ratings stakes was Mane (8.5), who continues to show why he is one of the world’s best wide players.

Not only did he open the scoring in style against his former club, he also laid on an assist for Firmino, following some tenacious off-ball work.

This is Anfield’s Joanna Durkan felt Mane produced a “mesmeric display,” as he scored his third goal in four days.

Neil McLeman of the Mirror thought the 27-year-old’s opener “transformed the match,” at a time when Liverpool were being outplayed. 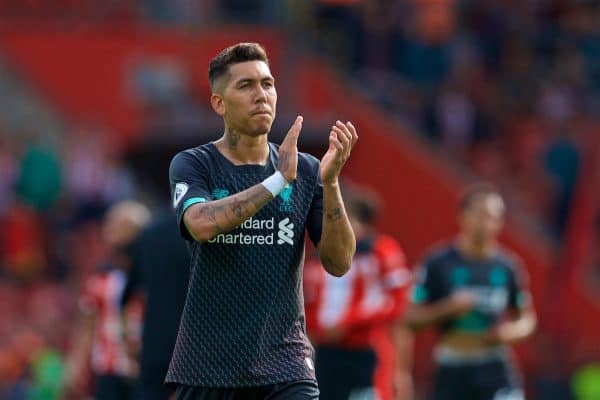 Firmino (7.5) was rated the Reds’ second-best player overall, as his superb start to the season shows no sign of slowing.

Assessing the Brazilian’s performance to perfection, The Redmen TV deduced that “there’s nothing this man doesn’t do for the team.”

The only other individual to average higher than a seven-out-of-10 rating was Virgil van Dijk (7.3), who was a typically commanding figure at the heart of the defence.

The Echo‘s Ian Doyle concluded that the Dutchman crucially “helped repel the late Southampton charge,” with Liverpool rocking in the final exchanges. 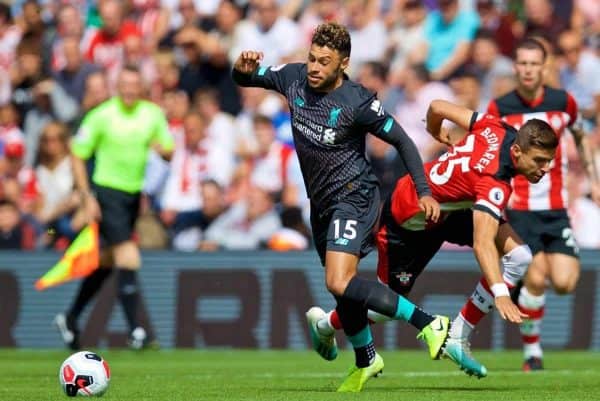 Although his performance was far from earth-shattering, Alex Oxlade-Chamberlain (6.8) earned some plaudits for his impact.

Durkan highlighted that he was the “liveliest of the midfield trio,” using his dynamism to break the lines a number of times.

Oxlade-Chamberlain was also “far more comfortable than in midweek,” according to Doyle, as he showed why a midfield role is his best position moving forward.

Liverpool now have a welcome seven-day break between matches, with Arsenal making the trip to Anfield next Saturday (5.30pm BST).