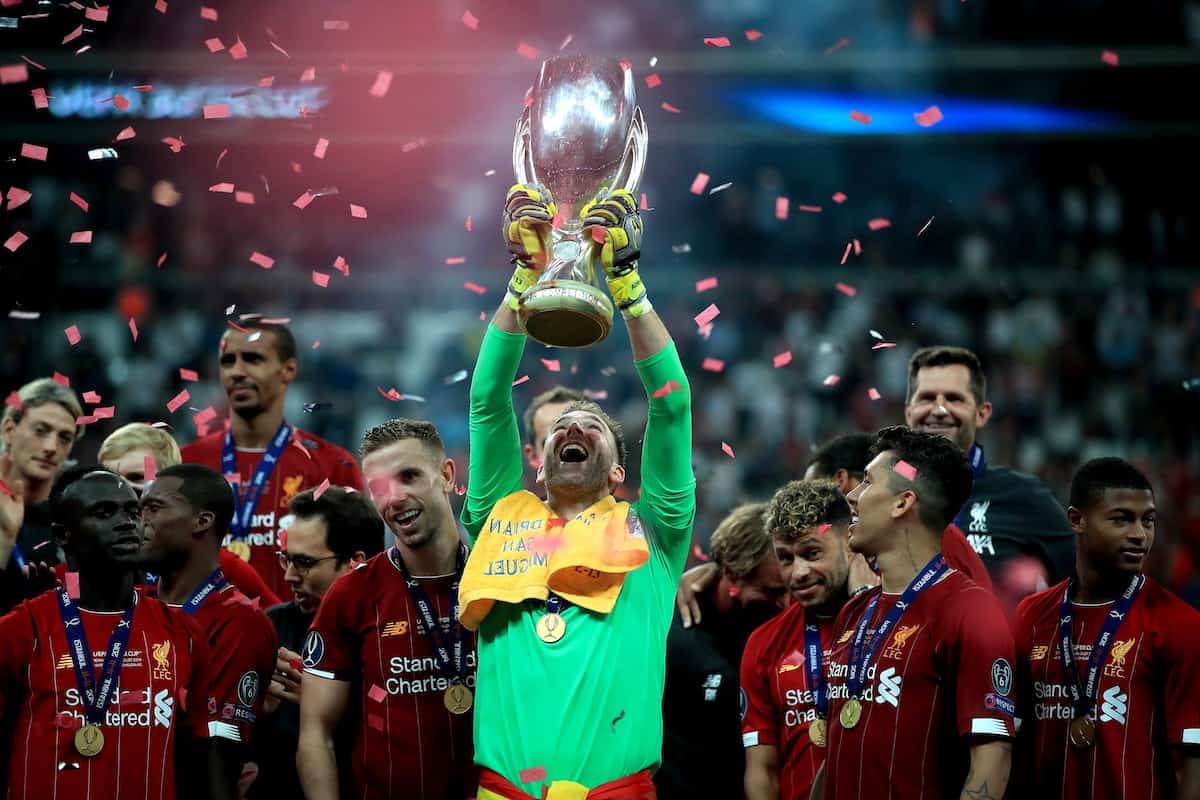 Liverpool clinched the UEFA Super Cup on penalties after a dramatic clash with Chelsea, and fans were delighted with another chapter in Istanbul written.

The Reds travelled to Istanbul to face a familiar foe in Chelsea with a shot at silverware on the line, and it was a familiar tale in Turkey as the game went the distance.

Despite looking the business early in proceedings, Liverpool quickly found themselves chasing shadows as the Blues capitalised on the Reds’ disconnect across the pitch, hitting the lead through Olivier Giroud.

But the much-needed introduction of Roberto Firmino for the start of the second half reaped instant rewards as Sadio Mane levelled the scores, but with the deadlock remaining after 90 minutes, extra-time followed.

Liverpool’s No. 10 would again find the net only for a Jorginho penalty to ensure the game was decided on penalties, with Adrian emerging as the hero as the Reds secured their first trophy of the season.

Horrific play in midfield leading to that goal. Kante has run rings around Liverpool in midfield. Massively miss Firmino's presence, who's critical when we have a workmanlike midfield.

That was god awful. Please take Milner off. Need creativity in midfield.

“ It would be nice if the midfield showed up for the second half.”

That was a bad as I’ve seen Liverpool play in a long time.

Firmino has to come on and the midfield needs to improve massively. No tempo, too many gaps between the lines. Poor. #LIVCHE

If we could come out for the second half with a midfield that would be lovely:

3 key components to our tactical build up
Trent
Bobby
Mo

We’ve replaced two of them with players that play in a completely different way. Now we can’t play through the thirds.

But wishes were granted with immediate effect in the second, with Firmino’s contribution duly lauded…

Did Liverpool make 10 changes at half-time? Much better..

Quite incredible just how much better Liverpool look now Firmino is on the pitch.

“Fucking Bobby. He is OUTRAGEOUS.”

Mane and Salah different players with Firmino on the pitch. The way the 3 of them make runs for each other. Create spaces. Finding each other with clever passes. Great to watch

Firmino does not play in a system, Firmino is the system, what a player.

“I wish we had a couple of clones of Bobby. He truly is a unique player.”

Firmino's changed the game for Liverpool. What a player #LIVCHE

If ever you need an example of Firmino knitting it all together, here it is. Si, senor.

Extra time in this game is ludicrous.

Sadio Mane loves European goals and he has another. Starts the move, Roberto Firmino is the provider again and that is an absolute fire finish to put #LFC 2-1 up.#SuperCup

Never a penalty, and here’s me thinking the point of VAR was to get it right?

If it can’t get something as obvious as that right then what’s the point? ????

"UEFA don't have this angle." pic.twitter.com/VKb3H8IWTf

Haha that last angle is the clear one. How’s that not been overturned!?

Haha, genuinely not being biased, there's no chance in a million years it's a penalty. VAR is a farce.

Istanbul, penalties and Adrian the hero; what was not to love…

That's some way to make your full Liverpool debut. What a hero @AdriSanMiguel!

Yo Adrian, we did it! pic.twitter.com/Se1MGTkdcm

I LOVE SHOOTOUTS. ESPECIALLY IN ISTANBUL.

Adrian can have the house for f**k all!! #LIVCHE #supercupfinal

Liverpool and Istanbul. The love affair goes on.

And while the performance wasn’t convincing, another piece of silverware was added to the honours wall…

Liverpool 43 major honours. Most successful team in English football history. Didn't take long to get back on our perch, did it

A pretty dreadful performance from the reds but great to win more silverware. The high line worries me!

As European champions, #LFC will be judged to a higher standard this season, and they didn't meet that in performance terms tonight. But getting over the line when you haven't been at your best is a useful skill for serial winners and they definitely did that.

But seriously our performance was shaky and it all came down to not having Bob on in the first and only one of Trent/Robbo at FB which meant our CMs rotating out and deep and then we looked like shit in the middle and please be able to start every match Bob & Trent & Robbo.

Another trinket for the collection. Up the formulaic reds…

Bloody hell, that was a horrible game. Liverpool well below par and that defence continues to looks worryingly shaky. But they dug in, picked up no serious injuries and won another piece of silverware. That’ll do, I guess.

We just can’t stop winning European trophies. No one can stop us.

ANOTHER PENALTY SHOOTOUT WIN IN ISTANBUL!!