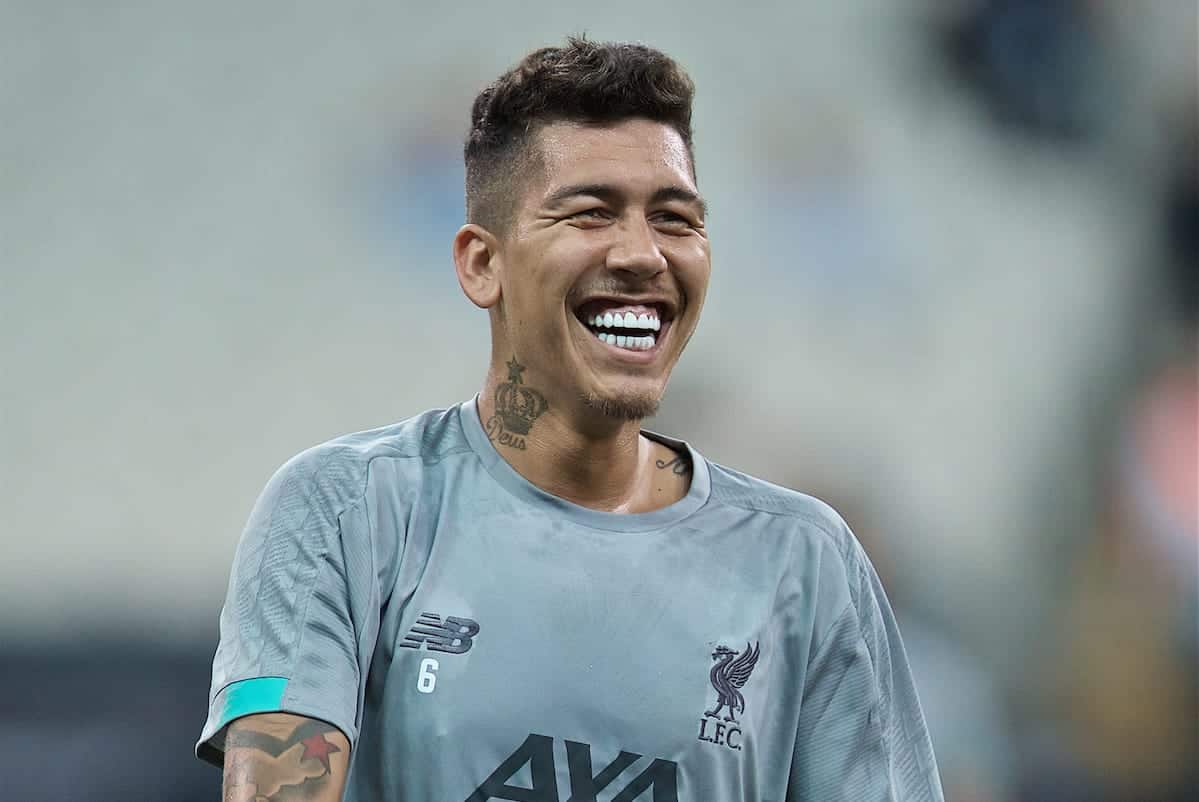 Andy Robertson believes Liverpool would be lost without “world-class” Roberto Firmino leading the line for them.

The 27-year-old is not the traditional Brazil forward; he does have touches of flamboyance and superb vision but he melds that with an incredible work rate and an appetite for tackling back and retrieving possession.

He sets the tone for the high-tempo, high press manager Jurgen Klopp demands and probably more than any other player in the squad is irreplaceable because of his unique characteristics.

Firmino is also not goal-shy, with his strike in the 3-0 win at Burnley—having pressured Ben Mee into making a mistake for the second goal which he set up—making him the first Brazilian to 50 Premier League goals.

“With his work rate, his technique, his goals and his all-round play, I don’t think there’s anyone like him,” said left-back Robertson.

“People will say there are better strikers, but for me what he does is so important to our team. We’d be lost without him. He’s world class.

“He does everything, and that’s the beauty of Bobby. He can do it all. He’s our first line of defence, and I’ve not seen anybody better at doing that.

“He presses the defenders and doesn’t give them a minute. He comes back and nicks the ball in midfield for us.

“He’s so important defensively for us, then he goes up the park and scores goals and makes assists. That’s what we need him to do.”

Firmino plays with a smile on his face but Robertson said people should not mistake that for a care-free attitude.

“He’s a good trainer; he perhaps doesn’t work as hard as he does in a game, but he saves it for a Saturday,” added the Scotland captain.

“The work he puts in during games is probably more than any other striker in the world.”

Victory at Burnley made it four wins from four—extending the top flight’s only 100 per cent record—and took the Reds into the international break with a two-point advantage over title rivals Manchester City.

Despite their impressive start, the first time Liverpool have won their opening four matches in back-to-back seasons and a 13th consecutive league win setting a new club record, Robertson insisted there was plenty of hard work still to come.

“It means nothing because we’ve only got four wins this season,” he said.

“Of course it’s nice to be in the record books and if that’s another box we’ve ticked off then great, but it’s not about that.

“It’s about four wins from four and top of the league going into the first international break.

“We had the aim to win the games we needed to win, luckily we’ve done that. Now we’ll have the break, come back and we’ve got another tough run.”