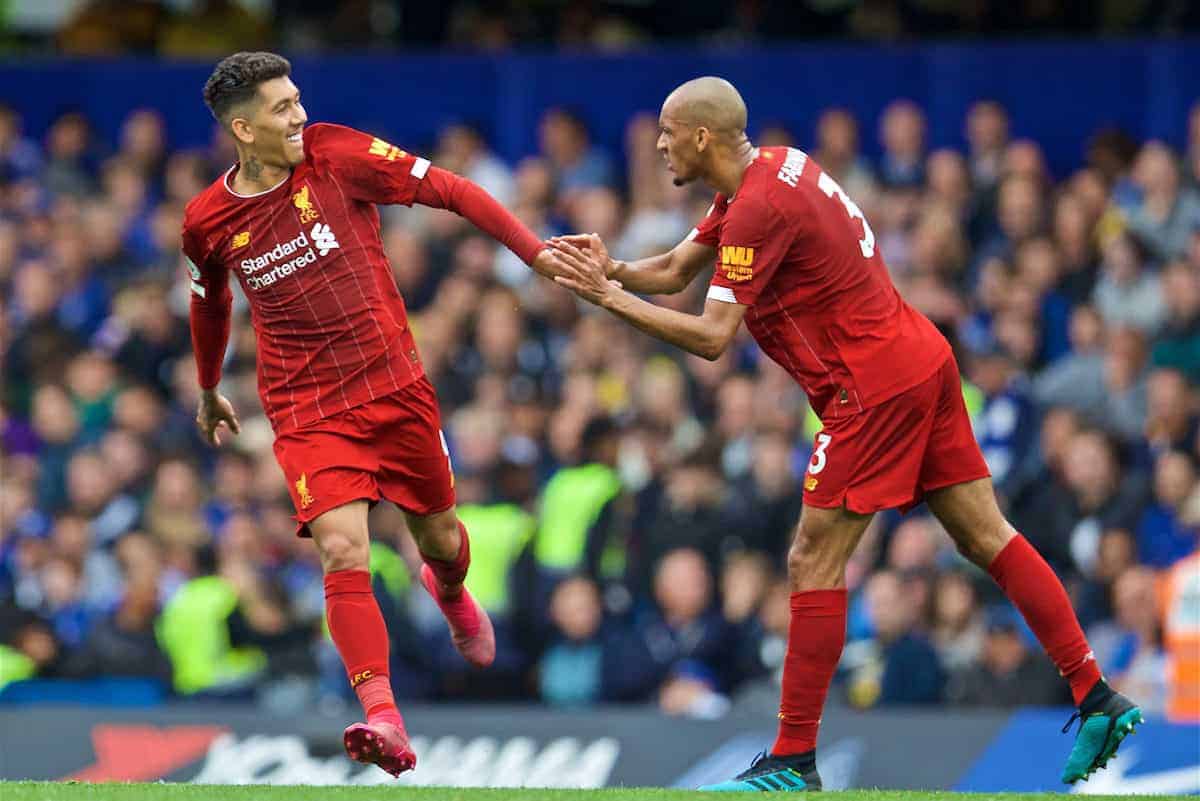 Liverpool endeavoured to make it tough for themselves, but a strong start at Stamford Bridge ensured they left a frenetic clash with a 2-1 victory to stay top.

Liverpool emerged to a chorus of “we are the champions, champions of Europe,” serving as a reminder of both the expectation on them, and the quality that overrides their midweek defeat at Napoli.

The Chelsea fans, meanwhile, unfurled a banner of Real Madrid winger Eden Hazard, and offered up chants of “Ste Gerrard, Gerrard” and “sign on” within the first five minutes.

Gerrard’s heir, Trent Alexander-Arnold, got the visitors off the mark on 14 minutes, and did so emphatically, hammering home a well-worked free-kick, which Sadio Mane won intelligently on the edge of the box.

The Reds dominated on and off the ball, but they were guilty of conceding chances due to their high line, and Adrian was required to bail out his defence with a brilliant one-on-one save to deny Tammy Abraham.

Cesar Azpilicueta thought he had levelled just before the half-hour, but a VAR check after the right-back poked in spotted Mason Mount in an offside position in the buildup.

And punishing this, Liverpool went up the other end soon after and, capitalising on another free-kick, Andy Robertson‘s cross was headed past Kepa Arrizabalaga by Roberto Firmino, and the Reds finished the half two goals up.

Liverpool kept up the pressure immediately after the restart, and Kepa was required to produce a strong save to keep out Firmino’s close-range volley.

The hosts had chances to get back into the game, with a brief flurry on the hour mark seeing Abraham unable to touch home an inviting cross and N’Golo Kante firing wide from outside the box.

A period of sustained negligence from the Reds led to a goal from Chelsea through Kante, with the Frenchman weaving around Fabinho and into space outside the area before firing a sensational right-footed effort past Adrian.

The Reds continued to struggle in controlling the game, despite still holding the lead, with a frantic urgency to their game belying their position, and Klopp sent on Adam Lallana in an effort to wrest it back.

Michy Batshuayi headed wide and Mount fired over at the near post as the clock ran down, but a sloppy Liverpool were able to hold on for three points.