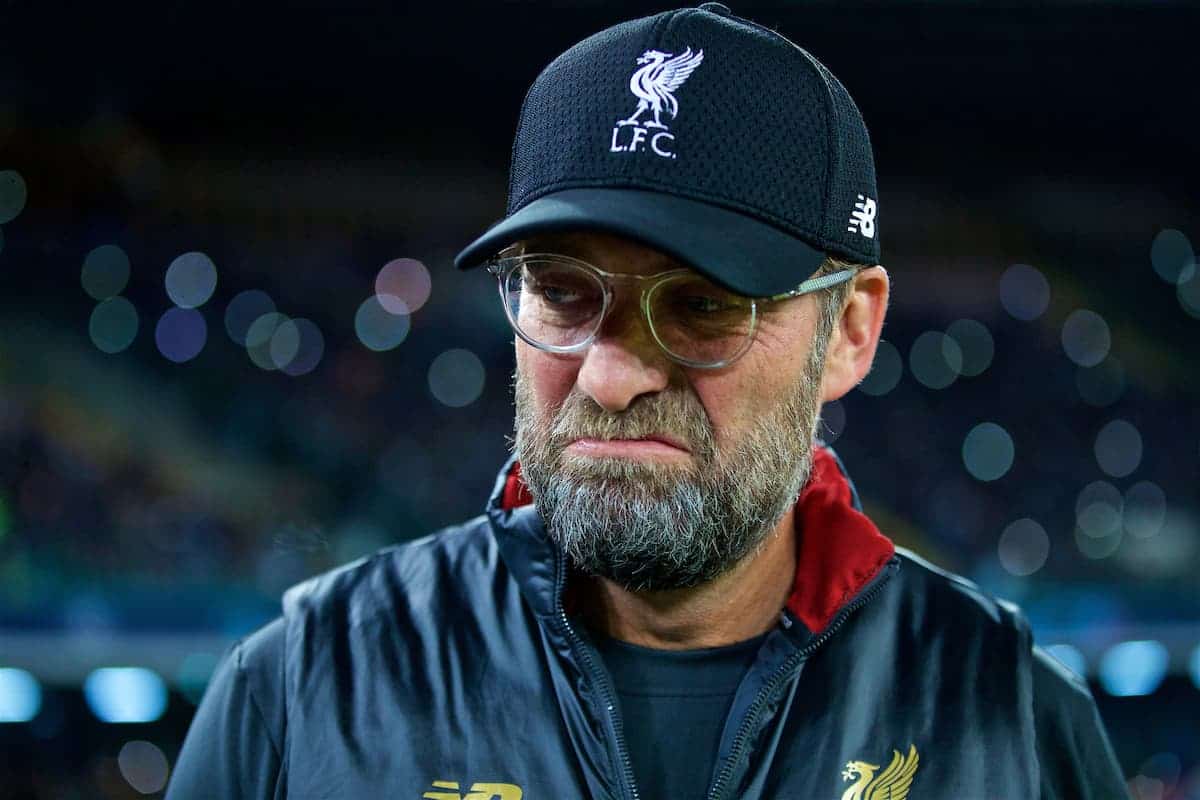 Jurgen Klopp has reacted to recent images of the state of Napoli’s dressing room at Stadio San Paolo, insisting it won’t be a problem ahead of Tuesday’s clash.

Liverpool begin their defence of the Champions League in Naples next week, in a repeat fixture from last season’s group stage.

But due to renovations at the San Paolo over the summer for the World University Games, a video circulated of the home dressing room in a dilapidated state, prompting criticism from Carlo Ancelotti.

The Napoli manager said he was “shocked at the incompetence of the people in charge of the work,” with the Evening Standard‘s David Lynch reporting that UEFA have “sought assurances” that the stadium would be ready.

The video below shows the state of the Napoli dressing rooms, just over two days before #NapoliSampdoria https://t.co/euAdOIgAND

Speaking at Melwood on Friday afternoon, Klopp took a calm approach, and stressed that “in this case” he trusted UEFA to resolve the situation.

“I think it will be sorted [by the time] we come,” he told reporters.

“I don’t know, actually, I heard different things about it, I saw pictures but it was not live-streaming so maybe somebody made it last May or whatever.

“I don’t know really, but I trust, in this case, UEFA enough to think that they will sort something, that we will have a shower and any space where we can change.

“So I hope it will be organised like this, but I don’t know. I don’t want to make it bigger than it is.

“If it would look like it looked in the few pictures we saw it would be not too cool, but as long as the pitch is still there and all the rest as well we could play.

“But of course it would not be cool. We cannot change that, it’s not our dressing room. We only go there and accept the circumstances, go out and play football.”

Liverpool lost their last trip to the San Paolo, with Lorenzo Insigne’s last-minute strike sealing the first of three defeats on the road for the Reds in the group stage in 2018/19.

Klopp’s side will be hoping for a better result this time around, as they look to win back-to-back European Cups.