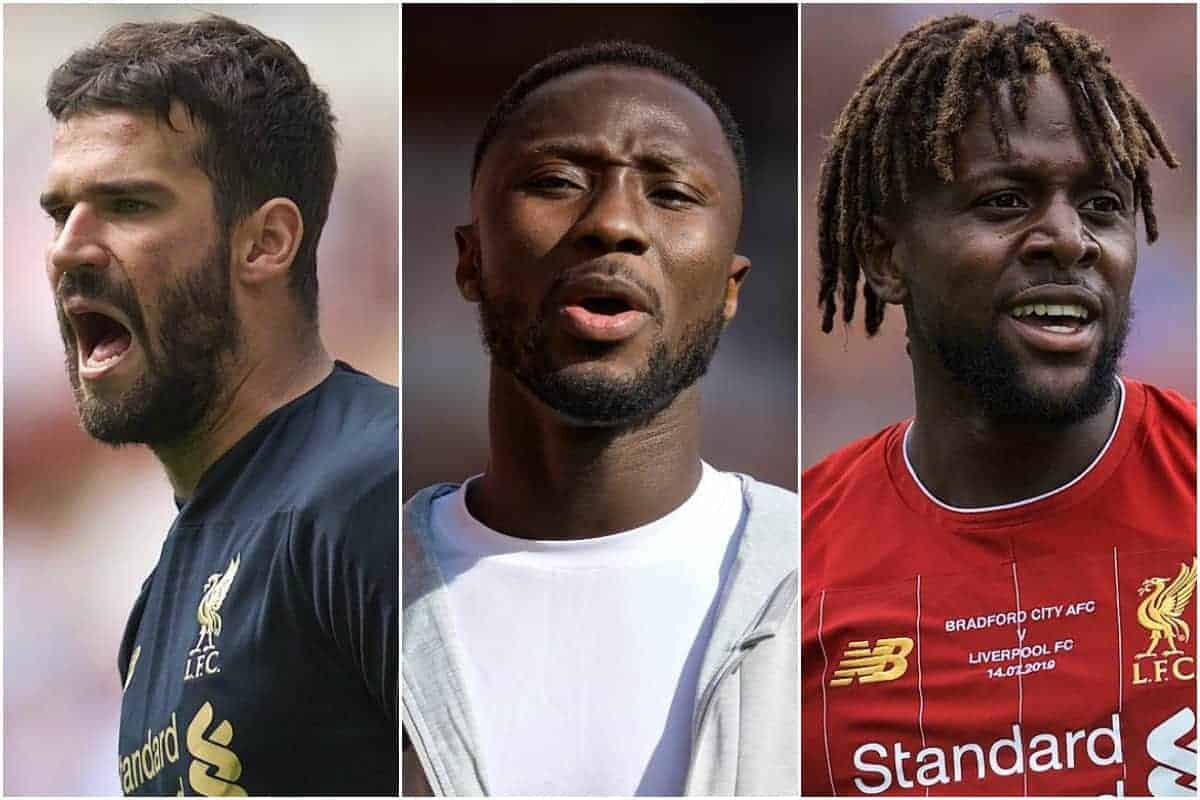 Jurgen Klopp has given the latest on injuries to Alisson, Naby Keita and Divock Origi, with Liverpool’s No. 8 returning to full training ahead of the Chelsea trip.

Alisson and Keita have been long-term absentees this campaign so far, while Origi missed the midweek defeat to Napoli in the Champions League with an ankle problem.

The Reds head to Stamford Bridge this weekend looking to put that loss behind them, and maintain their perfect start in the Premier League with a sixth win in six games.

Their No. 1 is a certainty to miss out, while both Keita and Origi are not likely to feature, though providing an update on the trio at Melwood on Friday, Klopp was more optimistic on the Guinean.

“Naby Keita will be back in training at least, with the team today then [for the] first time,” he confirmed.

“Ali is making big progress but still away, [he had] a proper session yesterday with John Achterberg [but] not in team training yet.

“Div, we have to see day by day, that’s how it was from the first day [of his recovery]: how he can deal with the pain.

“We will see, it’s pretty early today, I don’t know exactly what the medical department tells me in that case.

“I think it’s unlikely [he will be fit for Chelsea], but why should I rule him out if I don’t know? But it’s unlikely.”

Liverpool have coped well without both Alisson and Keita so far this season, while Origi’s absence detracts little from the quality of Klopp’s starting lineup.

But with the Belgian “unlikely” to make the squad on Sunday, it could provide an opportunity for the likes of Alex Oxlade-Chamberlain, Xherdan Shaqiri or, even, Rhian Brewster.

Brewster left Chelsea in 2014 under the belief that his pathway to the first team would be clearer at Liverpool, and is primed for a first-team role under Klopp in the near future.

The irony now, though, is that those that he grew up with in their academy—such as Fikayo Tomori, Mason Mount, Callum Hudson-Odoi and Tammy Abraham—are being given more opportunities with the Blues due to their transfer ban.

Mount is a doubt for the weekend, as is Hudson-Odoi, but Tomori and Abraham are likely to start.