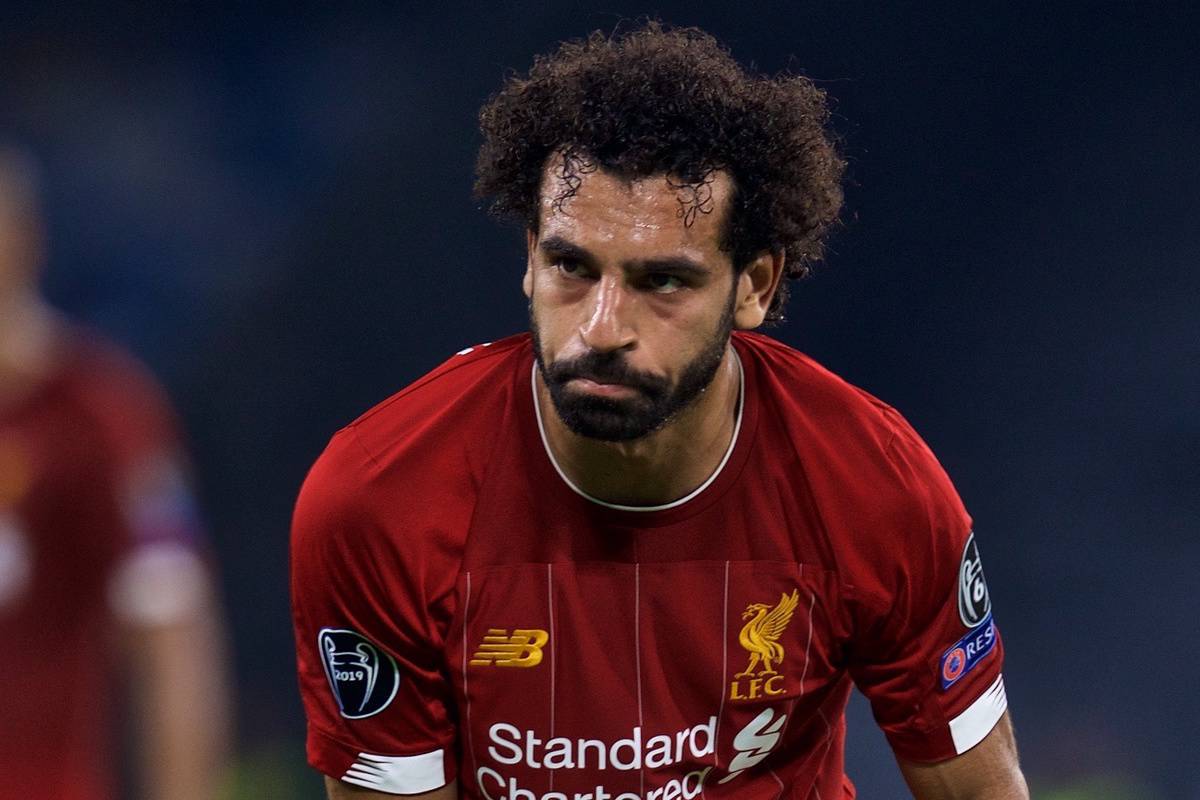 Liverpool’s defence of the Champions League began in difficult fashion, with a controversial penalty call helping Napoli to a 2-0 victory on Tuesday night.

In a repeat of last season’s group stage, the Reds headed out at the Stadio San Paolo in a fierce atmosphere, against a Napoli side bolstered from a heavy-spending summer.

Adrian was drawn into a strong double save early on, while at the other end Mohamed Salah had a number of openings only to be thwarted by the imperious Kalidou Koulibaly.

Sadio Mane powered a left-footed shot at Alex Meret in one of the Reds’ best chances of the first 20 minutes, while James Milner blasted over the bar after bright work from Salah and Mane.

Fabinho shone in a consuming midfield role, with the Brazilian providing the platform for the Reds’ sustained attacks, but both Salah and Roberto Firmino were guilty of selfishness in the penalty area.

The closest Liverpool came was minutes before the interval, with Firmino glancing a header just wide of the post with Meret stranded, and the first half ended at 0-0.

Just as at the start of the first half, Adrian was required to produce early into the second, with the Spaniard making a brilliant save on the stretch to deny Dries Mertens on the volley.

Liverpool’s threat was largely on the break, and they should have gone 1-0 up when Mane led a two-on-one counter with Salah bearing down on the left but—perhaps with the furore at Turf Moor playing on his mind—he produced a soft pass too late and it evaded the Egyptian.

A lapse in Napoli’s defence gave Salah a clear opening, but his goal-bound effort was tipped wide by an impressive save from Meret, while later Mane fired too close to the Italian following Firmino’s flick.

The heat clearly had a big effect on both sides, and in particular Napoli, whose defensive efforts became more streamlined as Jordan Henderson and the oncoming Gini Wijnaldum gained control in the middle.

But Napoli finally got the opener in questionable circumstances, as Jose Callejon fell into a tired Andy Robertson‘s lunge and, after a VAR check, Mertens fired home the penalty for 1-0.

Then a rare error from Virgil van Dijk, prodding the ball into danger in the area, allowed the substitute Fernando Llorente to dispatch and seal a 2-0 victory for the hosts.