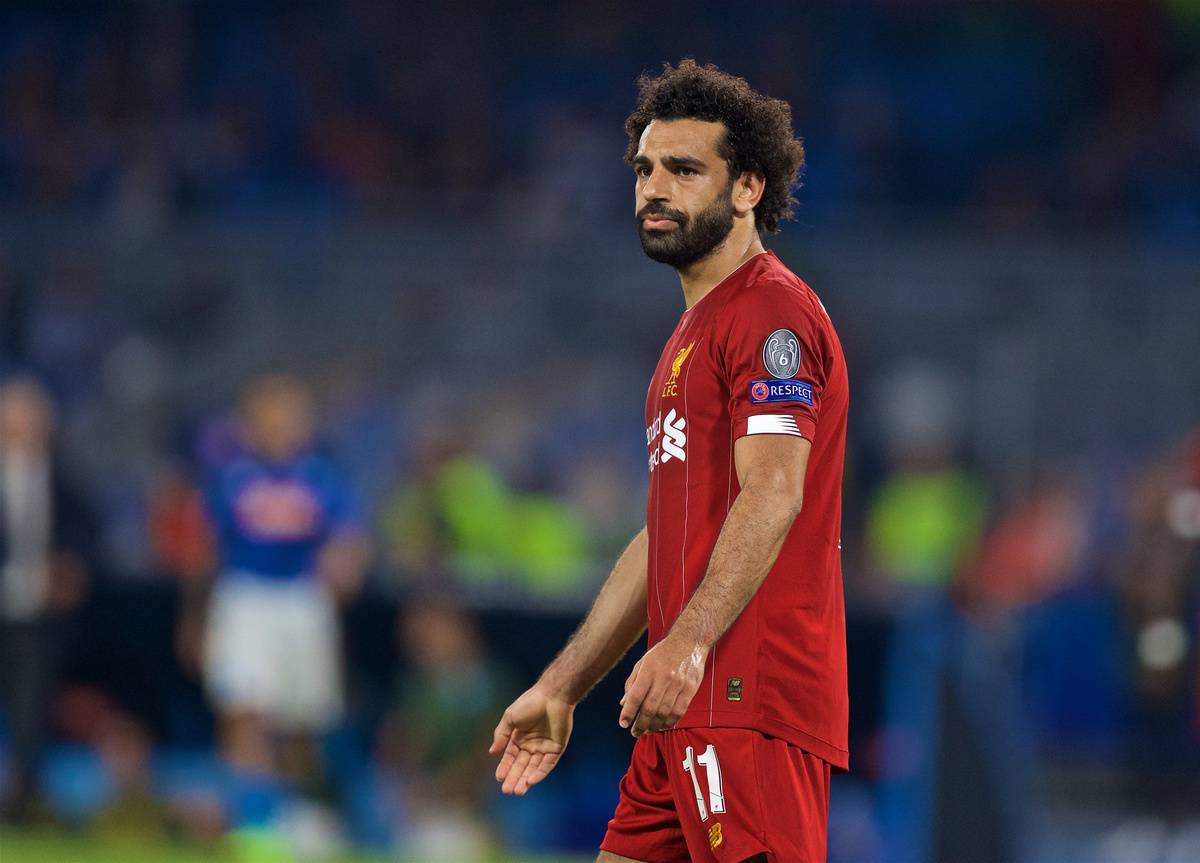 Liverpool’s European campaign begun with a disappointing 2-0 defeat at Napoli, where the performance did not accurately reflect on the scoreboard.

The Reds’ defence of their European crown got underway with their trickiest away game in Group E, and the difference from this season’s visit and last seasons was like chalk and cheese – yet the result remained the same.

Jurgen Klopp‘s side were full of conviction in the opening term and consistently looked threatening on the counter, only for the final ball to evade the desired target.

The second 45 followed in a similar fashion as both sides traded blows and despite Liverpool looking the most likely as Napoli tired in the heat, the knockout punch was landed when Andy Robertson was deemed to have impeded Jose Callejon in the area – with Dries Mertens converting from the spot.

The finishing touches were added by the Italians in stoppage time after a loose pass in defence fell the way of Fernando Llorente, resigning the Reds to a fourth successive away defeat in the group stages.

There were mixed views on the decisive penalty decision, with VAR and Robbo’s involvement both scrutinised…

Seriously, though, replay showed it was a clear cut dive and I don't understand exactly what VAR is meant to do at this point.

VAR is a total farce. Replay shows Robbo pulls out and the Napoli player dives. But not a clear and obvious error. A travesty, as LFC been the better side. Ref had a good first half but then Napoli players pulled out all the tricks.

Very rare Robertson does something like that, disappointing when we're on top #LFC

“Stupid by Robertson. It wasn’t a big contact, but he didn’t need to go in like that. History repeats itself it seems a late error on our side to throw the game away.”

Tough break. Probably wasn't a pen but I can see why the ref gave it and I can also see why VAR didn't overturn it ????

Fabinho’s barnstorming performance at No.6 received widespread admiration from start through to finish…

Fabinho is such a huge presence in this Liverpool team. He’s made three perfectly timed tackles so far and barely wasted a pass. Gets better every time he plays ?

Fabinho's performance thus far this half – reading of the game, intelligent interventions, his passing, strength in the duels – has been art.

Trying to remember a life before Fabinho

Don’t think there is a better tackler in open spaces than Fabinho. Timing is superb

That’s a million times better than anything Liverpool produced away in last season’s group stage.

I’m lazy, so I’m attributing it all to Fabinho

And while the overall performance was much improved from last season, fans were left to rue missed chances…

Actually thought we played pretty well tonight, just the final ball that was lacking. The penalty decision is a farce and leads to a poor final 10. Rare error from van Dijk who was otherwise head and shoulders above the rest.

“Just have to be a little more clinical next time. We had our chances throughout this match.”

Liverpool did enough to win the game, creating space and dangerous on the counter – the final ball was just lacking. Overall, night and day from last seasons game but undone by costly errors late on.

We were really good defensively on the whole. Just never quite got it right in attack. Got diddled by the pen, although it wasn’t great by Robbo to get caught like that. Miles better than the away games in the CL group stage last season.

Not sure how #LFC managed to lose that by two goals, to be honest. Performed so much better than last season's game here and had Napoli penned in right up until the penalty. Tonight's result won't harm their Champions League chances if they keep playing like that.

Liverpool their own worst enemy at Napoli – created enough to win, hosts looked happy with a draw until the penalty. It's a half challenge by Robertson, probably doesn't need to throw a leg in gave the referee a decision to make.. #NAPLIV #UCL pic.twitter.com/5Q6Oqio53E

A hot night, against a tough opposition, Liverpool's front three not finding the final pass/shot.. but absolutely no forward option on the bench. Squad depth remains the only issue at LFC.

Despite the result the overwhelming consensus was that the Reds will bounce back, a defeat at Napoli is a good omen after all…

Very harsh for #LFC to get nothing from that game. Looked comfortable for a long time and then a debatable penalty kick changes things. Still think qualification to the knockout stages will be secured.

Mad how losing in Naples is our good luck omen. Numbero Seven, lads. Drink it in….

Hardest game in the group this, we'll be sound ??

Played Napoli, can't argue with that ??

no point overreacting, these things happen… Robbed with the penalty decision and the other goal was due to a one off (literally his only mistake since joining the club) Van Dijk mistake. We go again.

Funny thing is, that’s the only time we are going to lose all season.

“I’m not bothered in the slightest. No injuries is a plus. We had chances and the pitch was rotten. All we need is 3 wins and we get out of the group no problem.”

Liverpool, like any team in the history of sport, are gonna lose.

With that being the case, I’d rather they lose via a horrendous refereeing decision — and hope it creates a chip on the squads shoulder — than being played off the park.

Nothing between both teams before the penalty, it was harsh but one you’d be wanting at the other end. Fabinho & Henderson excellent & the Adrian save unbelievable! Toughest game out the way & LFC didn’t do to bad after losing here last season @ChampionsLeague ? #NAPLIV pic.twitter.com/4Qo5ELSwin