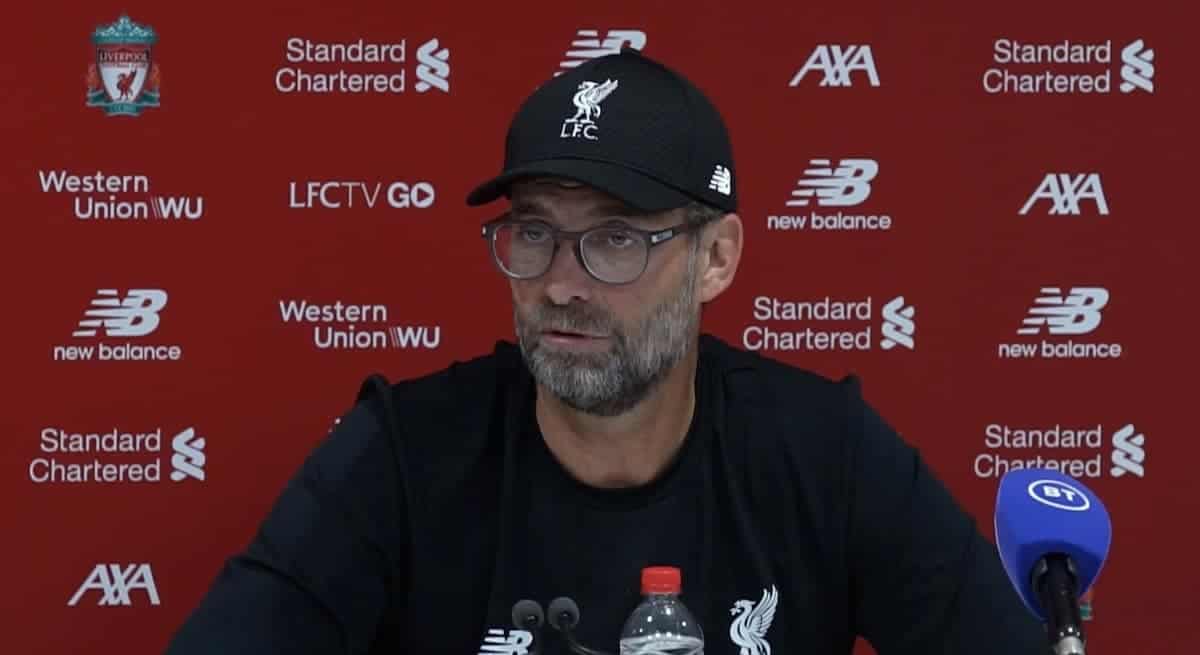 Jurgen Klopp gave an injury update on Divock Origi and questioned the use of VAR after Liverpool’s 3-1 victory over Newcastle kept them top of the league.

Two goals from Sadio Mane and one from Mohamed Salah sealed a 14th consecutive league win for the Reds, after Jetro Willems’ opener forced a comeback.

It was another comfortable performance from Klopp’s side following their early scare, and came in a difficult early kickoff on the back an international break.

Therefore, Klopp had cause for positivity in his post-match press conference, saying he “started enjoying it after 25 minutes, after we arrived finally in the game.”

But an ankle injury from Origi in the first half—which, incidentally, paved the way for a game-changing display from Roberto Firmino—served as a disappointment for Klopp.

“I think he will have a scan today or whatever and then we will know more.

“Of course, that’s not cool, he is in really good shape, so hopefully they will not find a lot in the scan.”

And the manager was questioned on a strange decision from VAR official Mike Dean to overlook a clear foul on Joel Matip in the penalty area at 1-0 down, with Klopp “surprised” at the call.

“I think they did [a review], the fourth official told me they did it,” he said.

“Was I surprised that it was still not a penalty? Yes! But that doesn’t help, obviously, in situations like this, being surprised.

“For me it was a clear penalty, but as long as you win we all know then it’s not that [big of an] issue.

“If we lost 1-0, then we would speak differently about the penalty. But it’s a penalty!

“You cannot fight like this for a ball. Joel Matip in a wrestling situation, he turns him in the air.

“In the past we didn’t need VAR for these decisions, so we should not use it now for it, just whistle it and shoot from the penalty spot.”

As Klopp pointed out, however, the victory outweighs any disappointment at Dean and referee Andre Marriner’s oversight, and now Liverpool look towards Tuesday night and a trip to Napoli.