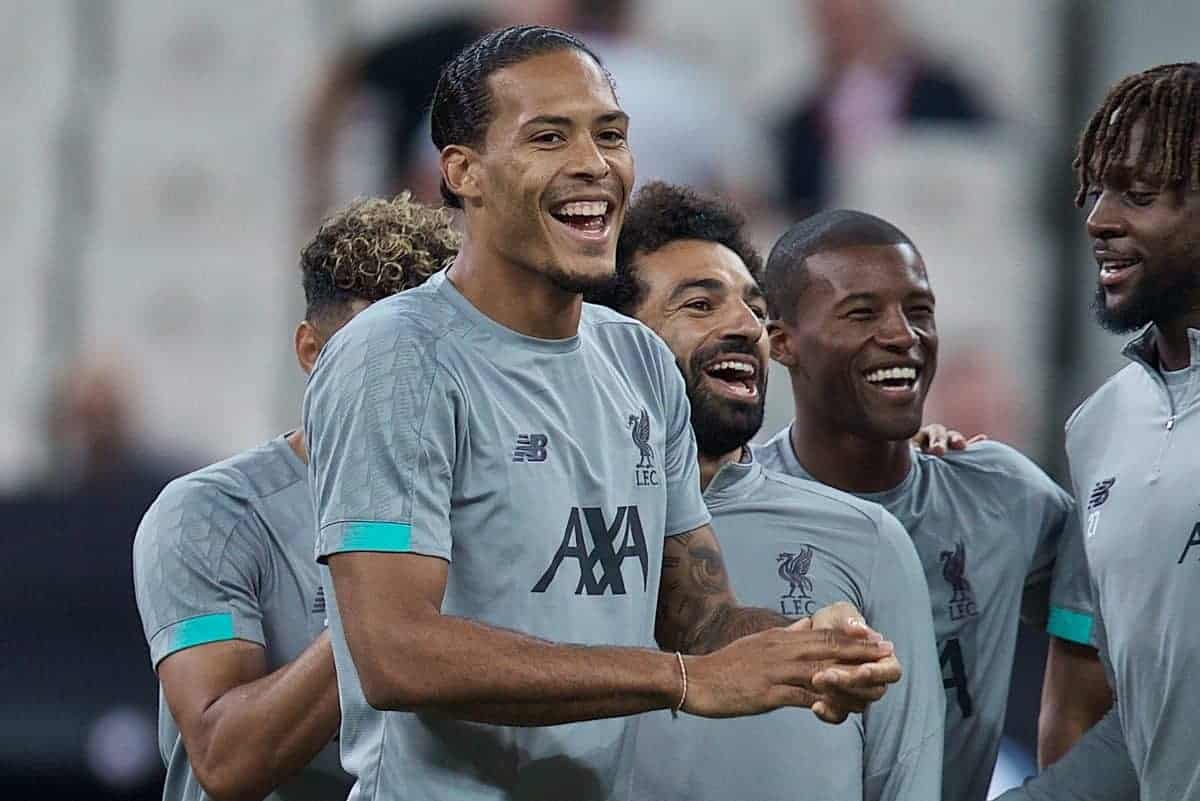 Virgil van Dijk‘s defensive expertise may be paramount to him being the world’s best centre-back, but his passing ability is proving a key outlet for Liverpool.

Ever since trading Southampton for Merseyside in January 2018, Van Dijk has produced a staggering level of quality.

Although highly rated during his time at St Mary’s, these past 20 months have seen the 28-year-old blossom into a once-in-a-generation centre-back.

Van Dijk is renowned for his aerial prowess, leadership and blistering turn of pace, but in terms of technique on the ball, he is also world class.

Whether it be short or long-range passing, the Dutchman has it all in his locker, with his stylishness akin to watching an effortless golf swing.

Van Dijk’s outrageous curling pass to Sadio Mane at Bayern Munich in last season’s Champions League was a prime example of his brilliance, but more often they are sprayed out wide to wingers and full-backs on the overlap.

In a video released on Liverpool’s official YouTube channel, entitled ‘How to…pass the ball like Virgil van Dijk‘, the Reds defender talks about the art of passing.

He explains it is something he has looked to perfect from a young age, most notably hitting pinpoint passes out wide or in behind opposition defenders.

Importantly, Van Dijk says he is always thinking about his next pass before he receives the ball—the hallmark of any top player, whether it be a defender, midfielder or striker.

Van Dijk details how not putting too much power on a pass can be more beneficial, using golf as a good comparison, with practice perfect in that respect.

Quick thinking and an ability to adapt are also key, with the towering defender claiming he will sometimes pick out a different team-mate at the last second by using his laces to good effect.

The impact of leaning forwards in order to fire a pass lower is also a technique Van Dijk likes, as is completing a pass quickly before opponents have time to settle.

It is a fascinating watch with one of the great players of the modern game—any young defender learning their trade should use Van Dijk as inspiration.